Delayed-Onset Muscle Soreness or D.O.M.S is that feeling that most of us have experienced usually 24-48 hours after a hard workout, and usually lasts for up to 96 hours. It’s that feeling of pain, tenderness, and stiffness that some of use love because it makes us feel as though we’ve accomplished something, but for others the reason why we struggle to get up out of bed on some mornings!

The severity of the soreness that we experience is as a result of a number of factors, including familiarity with the exercises used during a workout, the intensity of exercise, eccentric loading of the muscles, how much a muscle has been stretched under resistance, and the angle of muscle contraction. We know what types of exercise can cause D.O.M.S, and often just through personal experimentation we know how to get sore. However the underlying mechanisms behind post-exercise soreness is somewhat of a mystery.

Although research has come up with a number, or combination of mechanisms responsible; no one clear explanation is actually available. To date, mechnical damage of the muscle tissue, inflammation and swelling, and increase in free radical production have all been suggested to contribute to the symptoms associated with D.O.M.S. 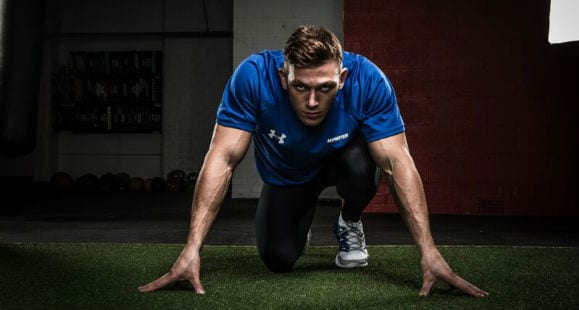 The response to localised muscle damage is one that can be compared to a muscular injury and the inflammatory response to an infection. A large rate of tissue breakdown occurs during exercise when working at greater intensities, and closer to the maximum weight you can lift (i.e., the higher the percentage of maximal weight you lift the greater the rate of mechanical damage).

Furthermore emphasising the eccentric component of an exercise, performing a stretch of the muscle while it is being worked, or overloading the eccentric portion of the exercise by using a greater weight on the eccentric/downward phase, can form high amounts of mechanical tension and tissue breakdown.

? When muscles passively stretch (stretching a muscle without actively tensing it) this is what’s referred to as passive elastic tension.

? On the other hand if you place tension on a muscle by isometrically (statically) flexing it as hard as possible, this is what’s referred to as active tension.

During both types of stretch high amounts of mechanical tension are formed. Taking a muscle through its full range of motion and lengthening, or “stretching” it whilst also using resistance has been shown to produce a large amount of mechanical damage. For example stretching the pectoral muscles fully during dumbbell flyes, and performing what has sometimes been referred to as a “loaded stretch”, has been shown to trigger large amounts of post-exercise soreness.

High amounts of mechanical tension are produced during these type of actions, as high eccentric force is being produced by the muscle in a lengthened state. 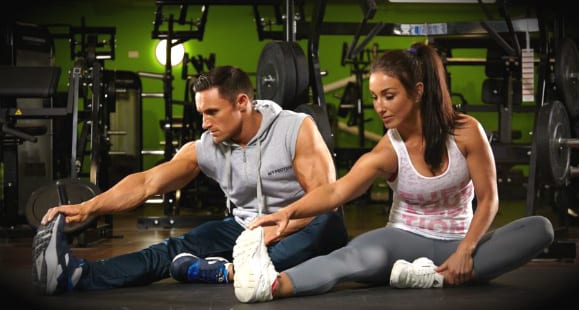 Certain forms of exercise, including eccentric exercise in particular can result in injury to the muscle cell membrane, setting off an inflammatory response that leads to prostaglandin and leukotriene production. Leukotrienes are responsible for controling the inflammation process and prostaglandins (specifically PGE2) directly causes the pain sensation associated with D.O.M.S by making certain pain receptors more sensitive to the effects of various chemical messengers.

Leukotrienes also increase vascular permeability and attract neutrophils to the area of damage. In Layman’s terms this means that molecules can pass through capillaries easier and a build-up of white blood cells occur. These neutrophils generate free radicals which can also increase damage to the cell membrane.

Swelling results from the movement of cells and fluid from the bloodstream in to the spaces between the muscle tissues with inflammation, and can contribute to the sensation of pain. 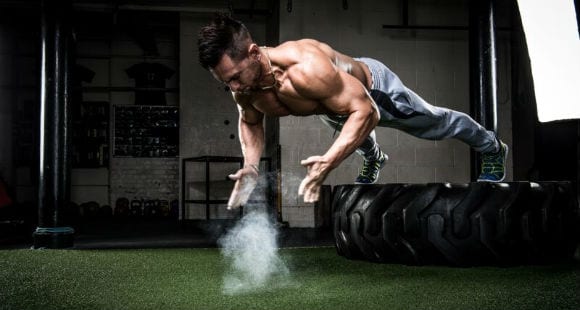 In short, feeling D.O.M.S doesn’t necessarily mean that you have had a good workout. It’s more of a sign of the type of workout you’ve had, how unaccustomed to the workout you could have been or the types of exercises you were using. You will also find that the more experienced trainer you are in the gym, or in your sport; the less muscle soreness you will experience over time as your body becomes more accustomed to the exercise.

To play devil’s advocate however, the types of exercise D.O.M.S can be associated with, and in particular producing large amounts of mechanical damage, can lead to greater increases in muscle size, so a feeling of post-exercise soreness may be expected in sessions where maximal growth and strength development are your goals.

The cellular swelling and inflammation associated with D.O.M.S can also be of use in small doses, so any strategy you use to reduce these (i.e., use of anti-inflammatory drugs, treatment with ice or compression) should be carefully considered not to be overdone. D.O.M.S is absolutely normal, so man up!

In order to help alleviate the feeling of D.O.M.S supplements and nutritional strategies should be chosen based around:

? Controlling inflammation and swelling. And,

In order to help muscle tissue recover from a training session a number of nutritional supplements could be suggested. The main goal here would be to increase muscle protein synthesis post-exercise, and limit protein degradation. 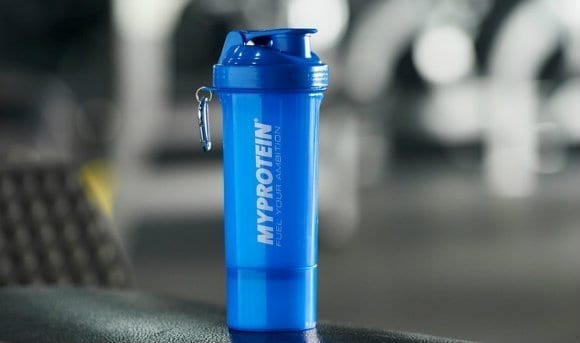 The most recommended approach to use would be to consume an adequate amount of protein or amino acids both 30 minutes prior to training, and immediately after. The most convenient way to do this would be in the form of a protein shake consisting of a fast acting protein such as whey.

On top of this depending on whether carbohydrates fit in to your current nutritional plan, a little fast acting carbohydrate, such as 30-60g of dextrose or maltodextrin may also aid in recovery and reduce post exercise soreness.

Around the same time would also help aid D.O.M.S as well as help reduce central fatigue and promote muscle size and strength.

Controlling inflammation, swelling and reducing free radicals, however, is a much harder task to achieve. Due to the relationship between inflammation and free radicals and the mechanisms involved; various anti-oxidants have been suggested to help aid in the process and reduce the severity of D.O.M.S. The most researched of these anti-oxidants include vitamins C and E. Studies in this area have produced inconsistent results, however 400iu up to 1000iu of vitamin E and 3g of vitamin C per day seem to be the most effective dose for reducing post-exercise soreness. Finally, another anti-oxidant that has gained some attention in recent years is green tea extract. Because of the numerous benefits of green tea, it may be effective at slowing down the oxidative stress process that is usually brought about through post-exercise soreness.

Additional supplements that have been investigated include:

These supplements have all been shown to have some benefit when it comes to reducing post-exercise soreness, although there is very little research that’s been done on this area. From real-world feedback arnica gel has also been suggested to be effective at reducing D.O.M.S when applied directly on to the area afterwards, but as previously mentioned there is very little research around this area.

With all of these supplements listed above the best advice may be to experiment and see what works for you. A good place to start would be to consider using protein shakes and/or BCAA’s around your workout, alongside vitamins C and E taken throughout the day. A superfood supplement (such as Superfood XS) that is jam packed with various forms of antioxidants could also be worth the investment. 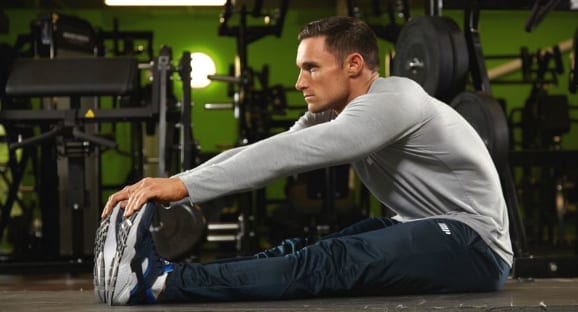 Performance should not be affected by feelings of soreness, and feeling sore is not necessarily a sign that your body has not fully recovered. D.O.M.S can only affect performance (e.g., how much weight you can lift, how fast you can run etc.) through more psychological reasons, as feelings of soreness can often be uncomfortable. There are no physiological reasons however.

Can I train when I’m sore?

Yes, providing you feel as though your body has recovered and your performance won’t be hindered.

Is feeling D.O.M.S the sign of a good workout?

Absolutely not, it’s only a sign that you may have done something new, your workout may have involved a lot of eccentric lifting, or you yourself are fairly new to exercise.

How long should D.O.M.S usually last?

Usually for around 96 hours, but it’s not uncommon for it to last longer.

What exercises typically produce the most soreness?

What does it mean if I never feel sore after a workout?

This could be from a number of reasons, but as previously mentioned isn’t a sign that you have not worked hard enough in your workout. People more experienced with exercise typically find it hard to achieve that feeling of soreness after a workout or training session, and almost relish the feleing of D.O.M.S when it comes about, whereas novices are typically sore as a result of even a few sets of exercise.

6 Peanut Butter Health Benefits & How You Can…