Stuck for some diet and training inspiration? Well, there’s no better place to look than at the latest science and research. Whether you’re wondering if there’s a way to lift just that bit heavier or run that little bit faster, then looking at what other people have trialled is a great way to skip making the mistakes yourself.

This week, we’re looking at the importance of social connection when sticking to a fitness routine and the impact of being distracted while you eat. Let’s find out more… 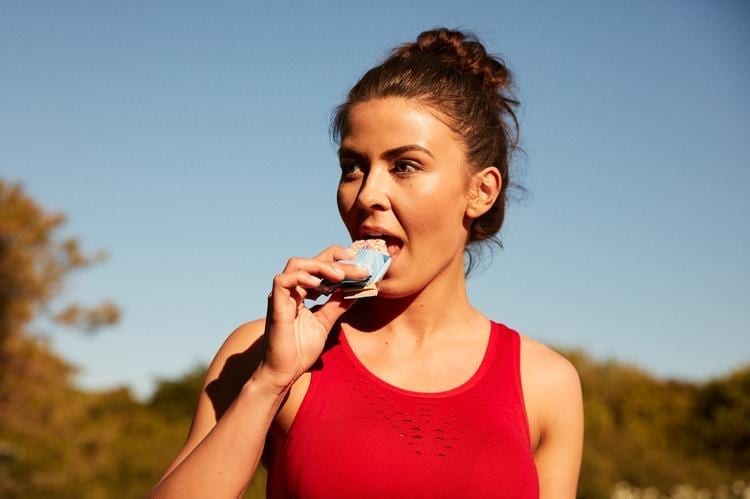 Sometimes is just too hard to drag yourself off the sofa to train. The one thing that makes it more likely to happen? If you know you’re meeting your mates there. Over lockdown, this hasn’t been as easy, so it wouldn’t be surprising if some of you have slipped when it comes to your training.

So, what’s the answer? Well, according to new research, fitness apps with a social component could be the ultimate motivator.1

The study looked at 1300 adults where about half of them used a fitness app and found that those who engaged in a social aspect of this where they were given encouragement by others were more likely to be motivated to keep exercising.

They also found that the more competitive you are, the more motivated you are by this too. It’s though that this is because the apps use game-like incentives and rewards which encourage a positive response.

The researchers also warned, however, that these apps can have a negative impact as it allows users to make direct comparisons between themselves and other users. They found that those who compared themselves the most to others ended up being less inclined to exercise.

Do you love sharing your progress on social media or activity apps? It looks like personality can have a big part to play in how we get motivated to move.

Should you snack while you watch TV?

We’ve all sat there watching a great TV show, hand delving into a share bag of crisps… and before you know it, the bag is empty. This kind of distraction while eating is something scientists have been looking into — and they’ve got some interesting results too.2

Testing 120 participants, the researchers gave them higher and lower calorie drinks while they completed tasks that demanded both low and high amounts of attention. They were then offered a second snack of crisps to see if the amount they ate differed depending on whether they had a high or low-calorie drink before.

The researchers say this suggests that if you’re involved in a highly engaging task, such as watching TV or playing video games, then you’re less likely to notice that you’re feeling full — and therefore more likely to overeat.

From motivation to exercise to snacking distractions, there’s lots to learn about what makes us tick from this week’s studies.

If you’re looking for a little motivation, then a fitness app could be just the trick. And if you’re not quite sure where all those crisps went, then maybe it’s time to start paying more attention to exactly when you’re eating.

Win Tickets To UFC 271, Plus Flights, Hotel And More