Nothing makes a big leg session like a squat does. It’s fair to say the king of the squats was one Tom Platz, famous for his ridiculous leg development, 10-minute squat sets and busting out 20 plus reps with 525lbs. He famously stated about the squat “it’s just you out there doing it yourself, not the help of your hand, not the help of a special bar, you have to grow, if you set yourself up right, there’s no choice but to grow”.

Big Squat, big legs – the two go hand in hand. However, the squat itself also requires great core strength. Walk out close to your 1-rep max on your back and you’ll know why, where as a deadlift if you don’t lift the weight it says on the floor and you walk away.

There are plenty of variations to the squat each serving their own purpose. So let’s take a look at them and see what they can do for you and your legs! 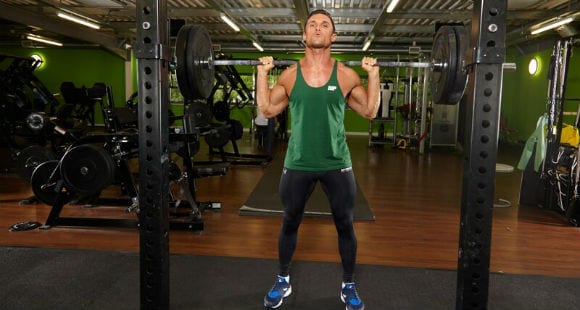 The most common squat you’ll see in the gym is the conventional back squat. Perfect for overall leg development of the quads, glutes and hamstrings as well as core strength. The back squat should be a staple in anyone’s routine who is serious about training legs!

Now – setting up the back squat is what is key. There are essentially two different types of back squat – high and low bar versions, then following on to the last version, the front squat.

The high bar squat is what most lifters will typically use.

? The bar placement itself sits on the traps and is line with 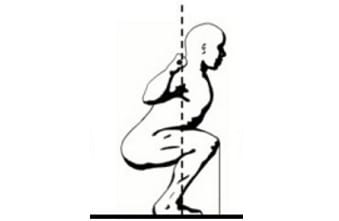 the mid foot. With the high bar squat the lifter is forced to keep a lot more vertical meaning the knees themselves are lot more over the foot.

? The forward knee placement in the high bar squats will results in an acute knee angle.

An acute knee angle means that the hamstrings themselves — crossing the knee and hip joints — are contracted and slackened. With the hamstrings being fully contracted, then they cannot contract further to help extend the hip out of the hole.

This means that in the high bar squat, there is no hamstring involvement out of the hole, and limited involvement during the ascent of the lift.

? The primary mover of the high bar squat is the quadriceps – however, hamstring and glute involvement is still prominent.

The high-bar squat is a very simple “up and down” style squat. The low-bar squat requires a lot more attention to detail. The bar itself sits across the rear deltoids and mid-back. 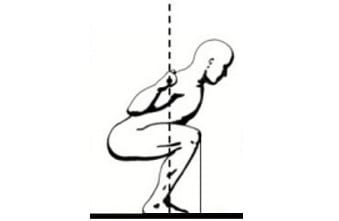 ?  Due to the bar position, the lifter must incline their torso more forward in order to keep the bar over the mid-foot.

?  During the ascent, the quads obviously extend the knee, but they help create balance around the knee so that the hip drive doesn’t tip the torso forward (the torso obviously needs to maintain its angle out of the hole).

As the low bar squat places more emphasis on the posterior chain, it does have carryover to certain Olympic lifts as well much as the snatch and the clean.

However, compared to the high bar it is a lot harder to master! 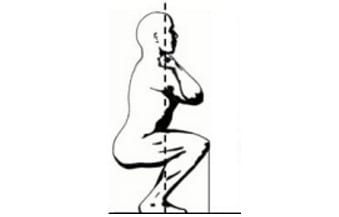 The last squat variation is the front squat. The previous two squatting styles where different versions of the back squat.

? The front squat places the bar across the front deltoids. This means the body must stay perfectly vertical in order to maintain the torso position and not make the body tip over.

? The front squat is almost a completely quad dominant movement.

? One thing to note with the front squat is it can feel uncomfortable for a lot of lifters due to not being able to find a comfortable position on the front deltoids. This is a case of working with lighter weights until you find a position best for yourself!

The differing squat styles consist of;

Front, high bar and low bar – the bar position in relation to the foot and the knee placement!

Muay Thai — Here’s What You Need To Know

How To Most Effectively Support Your Immune System

Drinking Water To Lose Weight | Does It Really Work?

How To Lose Weight | Top Tips For Beginners