Fasting for weight loss is nothing new, with diets such as the 5:2 and the 16:8 becoming increasingly popular. However, recent research suggests that fasting could also be beneficial to your metabolic rate, generate antioxidants, and even help to reverse some signs of ageing. Before you sign yourself up for weeks of starvation — which is certainly not recommended — you might want to learn more about how it all works.

This research was carried out by the Okinawa Institute of Science and Technology Graduate University (OIST) and Kyoto University. To investigate the effects of fasting on the body, 4 volunteers fasted for 58 hours. During this time, samples of the patient’s blood were taken and it was recorded that 44 metabolites (including 30 which were previously unrecognised) increased their numbers up to 60 times.

Metabolites are a by-product of the chemical processes that give us energy and help us to grow.1 Researchers monitored the changing levels of these metabolites by analysing whole human blood, plasma, and red blood cells.

It was found that the metabolites increased in quantity when a person is fasting — these substances have been linked to a few different health benefits, including an increased metabolic rate of the body’s cells.

What happens when you fast?

Normally you use carbohydrates to fuel your body. However, when you’re fasting, your body has to look elsewhere for an energy source. When this happens, it will often use amino acids — the building blocks of protein.

The scientists found evidence of amino acid use for energy in the blood by assessing the levels of certain metabolites for the process, such as carnitines and butyrate. This was an expected response from the experiment, but scientists also identified other metabolic changes that were less expected. 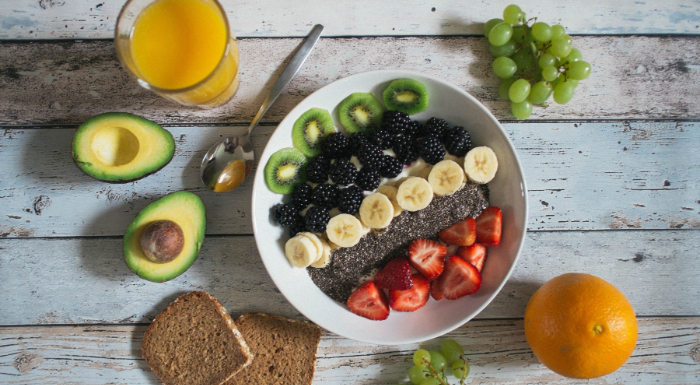 The peak in production of these metabolites suggests that the cells went into overdrive during the fasting period, which translates to an increased bodily metabolic rate.

Another surprising discovery was the increased levels of two chemicals that are linked to protein synthesis and gene expression. Purine and pyrimidine haven’t been linked to fasting before, but these findings suggest that fasting could make cells change the types and amounts of protein produced in order to function.

As you get older, metabolites leucine, isoleucine, and ophthalmic acid are produced in smaller quantities. However, when you’re fasting, the levels of these metabolites increases, which suggests that fasting could slow down the ageing process.

The first author for the paper, Dr Takayuki Teruya explains, “These are very important metabolites for maintenance of muscle and antioxidant activity, respectively”. This could mean that fasting could possibly have a rejuvenating effect for building muscle, as well as other aspects of your health that weren’t known about before.

What does the future hold?

This new and unexpected discovery means more research is needed, so watch this space for further developments.

The next stage of research will be to increase the amount of participants in the study to see if the same results appear in a larger sample size. There’s also an interest in seeing whether these beneficial metabolic effects can be harnessed, meaning weight loss without restricting your calories.

Could this be the end of all dieting dramas? Fasting for 58 hours seems a bit extreme to us, though. This exciting discovery of metabolites and antioxidants could mean that fasting has unprecedented effects on the body in terms of anti-ageing and metabolism. As with any discovery, more research is needed to develop evidence and harness the potential benefits of fasting. Looks like for now we’ll live in hope of that high metabolism and eternal youth.

How To Get Rid Of Cellulite

The Results Are In: Does Exercise Improve Mental Well-Being?

Organic v Non-Organic | What Is Organic Produce And…

Protein Just Got Juicy | Here’s What You Need To…