Groin pain when running? Guess what? You’re not alone! Groin injuries can be common in many sports such as Football, Rugby, Tennis, and long distance running.

Groin pain can occur as a result of trauma for example, a tear can be sustained during a sudden change in direction or a tackle. Or it can hover in the background about mid-way through a jog and persists until it becomes unbearable. Depending on the above will dictate exactly how this is going to be treated. It’s very easy to treat the here and now, but often overlooked is the WHY it’s happened. 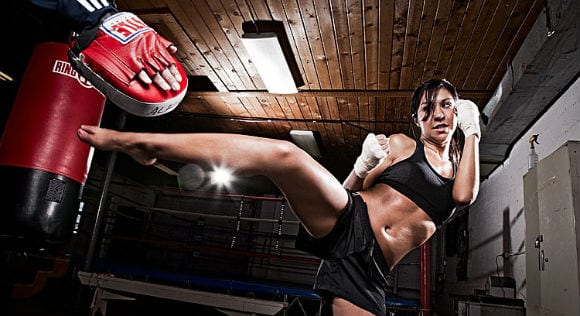 The Adductors function to bring the leg across the midline into adduction and assist in hip flexion. However, they also act to help stabilise and PREVENT rotation of the pelvis during both walking and running. If weak, it would be dubbed ‘rotational instability’ or ‘pelvic dysfunction’ (to name a few). So as a muscle group the adductors can mobilise AND stabilise.

If we zoom in to the insertion points of the Adductors, they live right next door to the insertion points for the Obliques. Think of them as ‘anchor points’, that when a muscle becomes weakened or imbalanced in some way often become the source or root of discomfort. The Obliques function to rotate and side flex the torso but also to PREVENT these movements when challenged in a certain way. A common term for this is ‘stiffening’. If they are not functioning efficiently it’s the ‘anchor points’ that often let you know.

It’s this stiffening from the Obliques that creates the stability we need to resist against rotation of the torso when running. If we wern’t able to effectively stabilise the torso or pelvis, theres a long list of problems that can ensue.

How do you train the obliques to function as stabilisers? The common trend is to over-train the rotational function of the oblique, these include sit ups with a twist, and medicine ball rotations. From these repetitive movements we could create imbalance. Imbalance leads to dysfunction, which sooner or later becomes a problem. 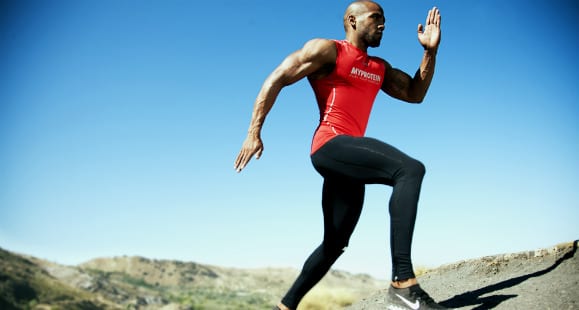 This is why we need to train for stability, not always for movement. So let’s give some examples:

?Position yourself with your hands under shoulders, knees under hips.

?Extend out 1 arm, and the OPPOSITE leg. Think of making yourself long, keeping your back flat. The position should be sustained for 5-10 seconds.

?Bring the elbow and knee together before extending out again to position B.

?The precision of how you perform this exercise is what enhances performance with low-load through the spine.

This is a progression from the above exercise. Your points of stability (toe and opposite elbow) are now much further away, so you will literally be forced to stabilise your body.

? Keep your head down, squeeze your glutes, brace your abdominals and fight to maintain the position as shown in the picture.

This is quite a jump from the standard Superman so progress steadily. Start with a 5-6 second hold and progress by increasing the number of sets you do.

Side Plank With Dumbell Horizontal Abduction

?While holding a 2-3kg weight, take up a side plank position (as shown). Make sure your entire body is straight from heels, knees, hips and shoulders, get your hips as high as you can and keep them square.

?Hold the dumbell infront of you for 2-3secs. Your aim here is to STOP yourself from rotating.

?f you have just started then reduce/remove the weight. Don’t forget to train both sides.

This exercise can be performed in kneeling, half kneeling or standing. In this case we will look at standing. Stand side on from a cable or band set up at sternum/chest height.

?Whilst gripping the band, put some slight tension on by standing further away, have a slight bend in the knees.

?Brace the abdominals and extend the arms out. At this point, your body will want to rotate – DON’T LET IT.

?Maintain tension for a good 6-10secs before switching sides. 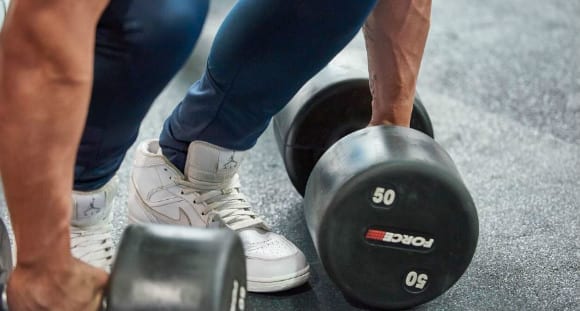 This is a massively overlooked and underrated exercise for building the athleticism needed to improve performance in most sports.

?Challenge your weakest side and first until you are more symmetrical.

How Many Sets And Reps?

The number of repetitions is the key factor for determining the appropriate training effect. You are not looking to break records here. The emphasis as always needs to be on training quality, not quantity. 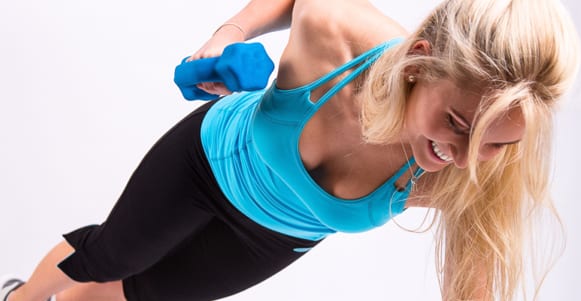 The Obliques are composed of endurance muscles, they work all the time maintaining our posture when sitting, standing or walking so they are called slow-twitch muscle fibres. They generally respond better to higher repetitions. How many will depend on your training experience. For a beginner 2 sets of 15-20 reps twice a week.

There’s no need to go to complete fatigue. You still need your muscles to function correctly for the remainder of the day, by fatiguing them they can’t often do this. Think of the above exercises as conditioning tools.

They use their torso muscles as anti-motion controllers as oppose to motion generators, it’s from this muscle patterning and timing that they are able to withstand impact, or change direction in a blink.

High level athletes do not generate their power or athleticism through their ‘core’. Power is often generated from the hips and transmitted through a stiff and stable torso creating a movement that often looks effortless.

The Best Chest Exercises for Mass and Muscle

5 Podcasts To Educate Us On Racism In The UK & US

Can Certain Foods Help You Manage Your Stress Levels?