We’ve all been there — you hit the gym hard and the next two days you can barely move without wincing.

Delayed onset muscle soreness or “DOMS” usually follows an intense training session. Many believe in the mantra of “the more you suffer, the more you grow” which, whilst a bit on the dramatic side, isn’t necessarily a false pretence to have.

Muscular hypertrophy (which refers to the growth and adaptation of your muscle) is developed through three primary mechanisms; mechanical load (the amount of weight lifted), metabolic stress (the build up of metabolic by-products from exercise), and muscular damage.

Muscle soreness is a symptom of muscular damage, but may not always present itself and is generally a poor indicator of “progress”. 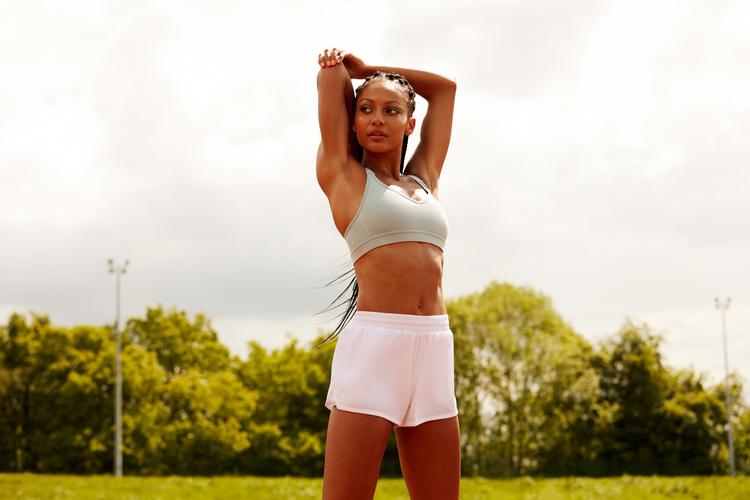 All about the individual

Before we can even dive into the depths of the physiology side, it’s important to address the psychology element of DOMS.

Pain thresholds all differ, and not one two people will have the same experience in relation to discomfort and pain.1 While DOMS is certainly a symptom of muscular damage, a more experienced exerciser may have a higher threshold for pain than someone who is still quite new to training (although even this can be highly varied).

Chasing more pain may be dangerous

One of the more dangerous misconceptions among exercisers is that they’re not getting the most out of their session unless they end up being in fairly extreme amounts of pain.

This sets a fairly dangerous precedent, and could lead to acute overtraining and even a dangerous condition known as rhabdomyolysis or “rhabdo”.

Rhabdo is when the muscles continue to break down or leak after exercise, releasing the muscle cells’ contents into the bloodstream. Those contents contain a protein, myoglobin, which can cause injury to the kidneys.

Our advice? Don’t base the value of your personal trainer or exercise session on the amount you’re suffering — training smarter is typically a much more effective route than training harder.

Muscle soreness is generally a poor indicator of hypertrophy

DOMS is related to muscle damage from unfamiliar or unaccustomed exercise and appears to be a product of the inflammation and swelling associated with muscular damage.

Exercise induced muscle damage and DOMS are clearly linked but does it reflect hypertrophy or is it simply a symptom of muscle damage?

Well, it appears to be more on the symptomatic side as opposed to a clear indicator of progress.

When we look at the time course of exercise induced muscle damage and adaptation of the muscle itself, DOMS is very poorly correlated with the recognised stages of adaptation.2

Additionally, proposed causes of DOMS may not even be in sync. Magnetic resonance imaging has shown that swelling and DOMS may work on two different timelines, with soreness peaking long before any swelling presents. 2

We can also experience DOMS without presenting any signs of inflammation around the trained body part. 2

There’s also been reports of DOMS after aerobic endurance exercise activities (marathon running for example) which are generally not associated with significant hypertrophic adaptations. 2 Again, this suggests that how sore you are is generally not a good indicator of how much progress you’re making.

One other factor to consider is training status. Soreness tends to dissipate when a muscle group is subjected to subsequent bouts of the same exercise stimulus. This is consistent with the “repeated bout effect” where regimented and repeated exercise training reduces the extent of muscle damage.3

Why chasing DOMS may hold your progress back

Knowing that DOMS is not a definitive stamp of clarification that you are making “gains” is important because it means then you won’t be chasing it and overtraining for the sake of feeling sore.

We know that DOMS can actually negatively impact subsequent exercise performance (which may in of itself impact on long–term muscular gain and performance), motivation levels and even increase injury risk.

This is an important point to make because it reiterates the statement made previously that you shouldn’t value the effectiveness of your workout based on how sore you are.

Would you rather have one extreme training session and then be virtually immobile for a week or have a week where you’ve programmed several well thought through sessions that are goal based and safe?

Muscle soreness has long been thought of as a marker of muscular progress, with many chasing extreme levels of pain just to feel like they’ve completed a half decent workout.

We’ve shown that DOMS is generally poorly correlated with muscular hypertrophy, both in terms of the respective timelines and the individual variability.

Chasing DOMS in every session may actually be hindering your progress, reducing your motivation and even possibly making you more susceptible to injury.

While DOMS is likely to be experienced following exercise (especially when introducing new exercises, increasing intensity or focusing on exercises that revolve around lengthening the muscle) it’s certainly not a necessary requirement for adaptation.

Train smarter, not harder — sustainable, consistent activity based around specific long- and short-term goals will be a much more successful approach as opposed to the one where you intend to crawl out of the gym every session.

Can You Still Build Muscle With Just Bodyweight Training?

No weights? No problem.

A nutrition expert gives you the facts on muscle growth with protein.

3. McHugh, M. P. (2003). Recent advances in the understanding of the repeated bout effect: the protective effect against muscle damage from a single bout of eccentric exercise. Scandinavian journal of medicine & science in sports, 13(2), 88-97.

Which Protein Is Right For You? | Quiz