The Bulgarian Split Squat or ’The Rear Elevated Foot Split Squat’ is technically a normal squat, however it is performed uni-laterally with one leg placed on an elevated bench and one firmly on the floor.

The split squat builds a vast amount of lower body muscles and does not donate the aggravated stress on the lower back that traditional squats do. The exercise is relatively straight forward and does not need a training partner/spotter, making them an extremely convenient exercise for everyone and anyone in the weight room.

The primary muscles targeted throughout the Bulgarian split squat are found in the upper quadricep and the glutes, making them a beneficial compound exercise (numerous joints and muscles worked in one simple exercise).

Throughout the exercise, the hamstrings, gastrocnemius and glutes are the stabilising assisting muscles. With comparison to the standardised barbell back squat, the Bulgarian split squat will place far greater emphasis on the hamstrings, Glutes and external obliques, however there will not be as much stress placed on the quadriceps that the back squat would.

So, now that the anatomy of the split squat has been established, what benefits can we come to expect when performing the exercise?

The Bulgarian split squat is what is known as a lower body unilateral movement. A unilateral movement is where the exercise is performed by only one limb such as one arm or one leg, whereas a bilateral exercise is a movement where both limbs work together simultaneously. Common examples of unilateral exercises include a single-arm cable pull down, alternating dumbbell curls and in this case, the Bulgarian split squat. Unilateral exercises such as the split squat can bring many benefits to your training; not only aesthetic wise but also athletic performance wise. Benefits include; balancing out any muscular imbalances or weaknesses, strengthen stabilising muscles and also lessen injury likelihood.

A triple extension movement is an exercise whereby there is an extensions at three sets of joints in the body; the hips, knees and ankles. The exercise involves graduating from a low bent position where all the joints are prepared to move, into an extended position where the joints are locked out. Prime examples of this triple extension movement involve; deadlifts, squats, lunges and bulgarian split squat. These exercises mimic many different sporting movements such as driving upwards (squats), jumping (box jumps), picking something up (deadlifts). Implementing a triple extension orientated training session each week will give various benefits, however, the main benefit would be that it will successfully condition the ligaments and muscles in the body so that we can run quicker, push harder and jump more explosively. Whilst the hip extension demonstrated in the split squat is greater than the back squat, the back squat presents are greater knee extension.

Growth hormone and testosterone are naturally occurring muscle building hormones released within the body. The greater amount available for production within the body, the higher the likelihood of muscle build and development. Training your legs with compound exercises such as back squats, Bulgarian split squats, lunges and deadlifts is an extremely effective way to release these hormones during exercise. The reason why training legs will release a large amount of growth hormone and testosterone is due to the fact that the legs consist of some of the largest muscles in the human anatomy. The body needs to release more growth hormone in order to grow, in turn helping other body parts to grow also.

As well as unilaterally balancing your legs, training the lower body through exercises such as the Bulgarian split sqaut will help develop the overall symmetry of the body.

Due to the fact that the split squat can often involve quite a lot of balance and stability, people associate it with being a dangerous exercise and not recommending it for beginners. This could not be further from the truth.

The split squat is an extremely safe exercise and can in fact be used to counteract poor levels of balance and stability. However, if the thought of using one leg to balance a barbell on your back is quite daunting, alternatively, perform it with either a lighter weight or use the smith machine. The fact that the weights on the smith machine are impossible to fall off during exercise, means that you will have a far greater chance of feeling safe and performing the exercise more confidently.

1) For the starting position of this exercise, stand slightly in front of a bench with your feet shoulder width apart from each other. At this stage, your body should be facing forwards away from the bench.

2) With a barbell lying in front of you, lift the barbell onto your chest applying a pronated grip (palms facing floor). Explosively lift the barbell over head and then rest it on your shoulders. Alternatively, use dumbbells like shown in the image – overhand grip, arms close to body.

3) At this stage, one foot should be moved backwards so that it is resting on the flat bench, whilst the other foot is positioned directly infant of you.

4) As this preparation phase is being executed, your back should remain straight and firm whilst your head is facing forwards at all times.

5) Whilst inhaling your breath, gradually lower your leg until it is low enough to feel a contraction. However, do ensure that your knee should not hit the floor and that the knee should be over your toes. Still keep your chest out and back straight whilst facing forwards at all times.

6) As you exhale your breath and muscularly contract the quads, lift your leg back to the starting position.

7) Once the designated number of repetitions has been performed, return to the starting position and perform with the opposing leg. 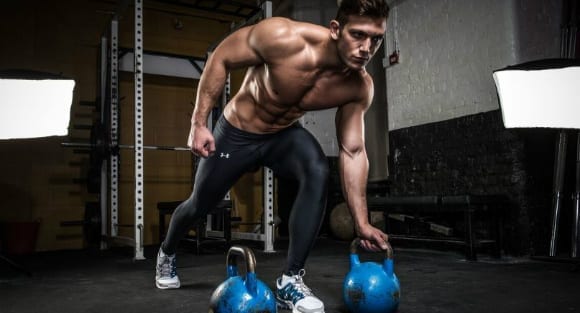 The Bulgarian split squat has numerous variations which can benefit those with little experience, help those with poor stability or simply for those who want to change up their training!

Give these a go, find out what works best for you and smash your workout!

1) Stand 4-5 inches in front of a bench with your feet shoulder width apart from each other. The body should be facing forwards away from the bench.

3) One foot should be moved backwards so that it  rests on the bench, whilst the other foot is positioned in front.

4) Gradually lower the leg until it is low enough to feel a contraction. Ensure that the knee doesn’t hit the floor and the knee should be over your toes.

5) As you exhale your breath, lift your leg back to the starting position.

6) Once performed, return to the starting position and perform with the opposing leg.

What Is Fat Loss? | Everything You Need To Know

How To Get A Full Body Workout With Resistance Bands

Keep Yourself In Peak Condition | Discover Our…

How Does Lactic Acid Affect Your Workout?

Insta Earnings Report – The World’s Most…

How To Control Your Cravings | Eat Clean