How To Fuel Up Before A 5K

If you’re training for a 5k race, it doesn’t matter whether it is your first or not, you will obviously know all too well, just how important it is to ensure that you’ve eaten right and have properly fuelled up before the event.

Preparing for a 5K race is not easy, even for those of you who eat, sleep, and breathe endurance events. Whilst not generally considered as brutal as a 10K, a 5K race can still really take it out of you and can leave you feeling aching, sore, mentally drained, and totally exhausted, especially if your nutrition was not up to scratch in the lead up to the event.

Taking part in a 5K requires a great deal of endurance, energy, and strength, all of which can be influenced heavily by your pre-race eating plan. Before you take part in a 5K race, it’s vital that you know what to eat, what not to eat, and when to eat. Here’s a more detailed look at how to properly fuel up before a 5k. 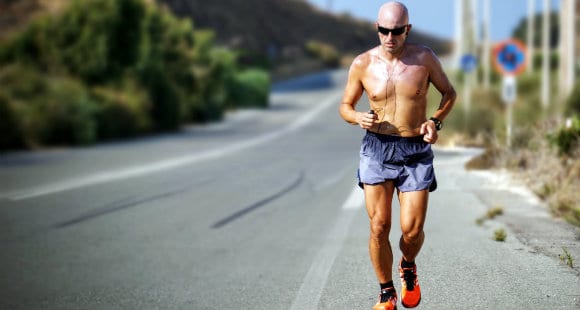 In the lead up to the race, you will need several weeks, if not months, of solid training under your belt. The foods, drinks, and supplements that you consume during your training will help you recover from gruelling training sessions, they will help improve your strength, endurance, and stamina, and they will help ensure that you are ready for the next training session that comes your way.

Before training, it is advised that you consume complex carbohydrates a good hour or two before you begin, as these will provide a gradual release of energy which will help keep muscle glycogen levels topped up for longer. Great carbohydrate sources include:

Immediately following your training sessions, you should aim for around 30g of protein to assist with muscle growth and repair. Some of the best protein sources in this instance include:

Now that you have several solid months of hardcore training under your belt, your stamina, physical fitness, and endurance levels should be through the roof. To capitalise on this, you need to ensure that you’re eating and drinking the right foods and beverages before the event. 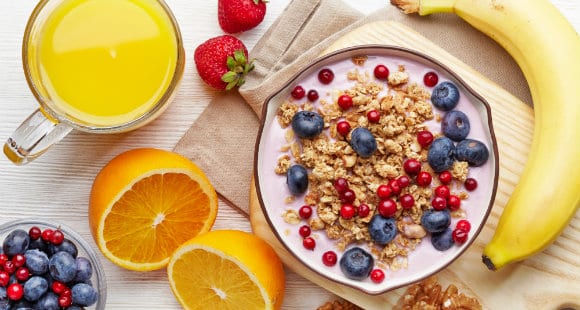 Most 5K races generally start fairly early in the morning, so you need to ensure that you are awake nice and early, so that you are able to get a light and nutritious pre-race breakfast inside of you. Around 60 – 90 minutes before the event is due to begin, you should ensure that you have consumed around 250 – 300 calories, many of which should have come to you in the form of carbohydrates.

Steer clear of processed carbs and keep the fat & fibre content low. You could try oatmeal with honey and raisins, a wholemeal bagel with peanut butter and banana, or a glass of orange juice with an English muffin with jam and a few slices of apple. You want relatively fast absorbing carbs combined with slow digesting carbs to keep your energy levels stable during the race.

Do Not Carb Load

A lot of people make the mistake of carb loading before a 5K when in reality this is not necessary. The idea behind carb loading is to saturate your cells with glycogen so that you have a sustained amount of energy for a long endurance race the next day.

However, most 5K races are over in well under 90 minutes, so your muscles will still actually have enough glycogen in them when you finish. Carb loading will bog down your system and leave you feeling bloated and lethargic, which is the last thing you want during a race. 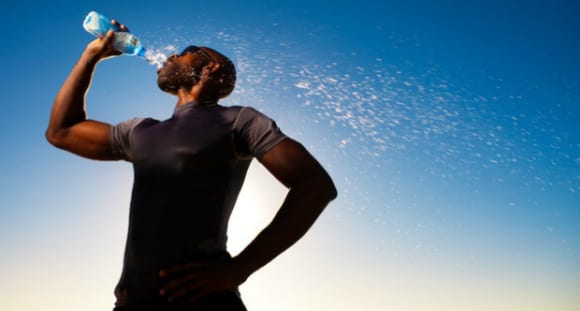 As soon as you wake up you should ensure that you are well hydrated, so aim for around 18 – 20 ounces of fluid before the race begins. Early in the day drink water, and nearer the start of the race, think about switching to a sports drink with added amino acids and electrolytes for performance and recovery.

Some 5K events will not start until much later on in the day, therefore breakfast will not be enough. In this instance, aim to eat a small, healthy, and balanced meal every three hours or so, making sure to eat nothing around 60 – 90 minutes before the race begins. We’ve covered breakfast, so for lunch, again emphasise moderately digesting carbs such as pasta and sauce, or perhaps a chicken salad sandwich.

Be wary of too much protein and fat as they are much slower to digest, especially when combined with carbs. Make sure you do not feel full or bloated when eating, that is the last thing you want before a race.

If you’re not too far from the start of the race, but you feel hungry, hunger is your body’s way of telling you it needs fuel. Eat a light and fast absorbing snack around one hour before your race begins. A small banana works well, as does a protein flapjack or an energy bar. Make sure to consume enough water/sports drink with your snack. 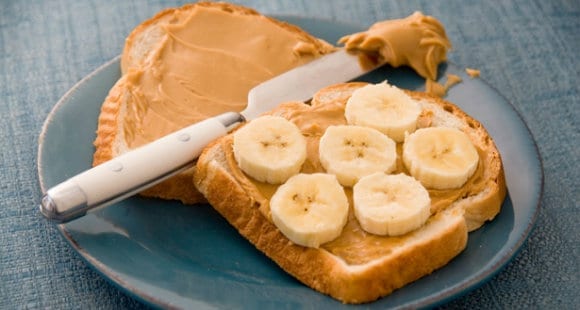 Now, earlier on we mentioned the fact that you should avoid too much fibre for your breakfast if you have a sensitive stomach. The reason for this is because fibre helps keep you regular, and whilst clearing your bowels before a race is a good thing, it is not a good thing if you need to do so in the midst of a race. Don’t take Paula Radcliffe’s path.

Before the event begins, get there nice and early so you can use the facilities, or if you do live locally, make sure you go to the toilet before you leave the house. Remember, a full bladder can be just as detrimental, so don’t leave anything to chance.

An Insight To Louise Thompson And Her Active Lifestyle

The Yoga Edit: Everything You Need To Flow

How To Fit Into My Wedding Dress | Fishtail Style