Feel bombarded by dieting myths? Well, we’re here to debunk at least one for you today — negative-calorie foods.

We’ve all heard of the idea that there are foods out there that take more calories to digest than they really contain, but is this really possible? According to a new study, it just doesn’t work like that.

What does “negative-calorie foods” mean?

A calorie is a unit of measurement for energy — the calories that you see on your food packaging is actually a kilocalorie (1,000 calories). The idea behind a negative-calorie food is that it contains less calories, or energy, than the energy it takes to digest and absorb the nutrients you get from it. That would mean that you end up in a calorie deficit from eating these foods.

While this theoretically makes sense, it’s sadly not how it works. Even foods really low in calories have enough calories that there’s energy left over from digesting and absorbing them, according to this study.1 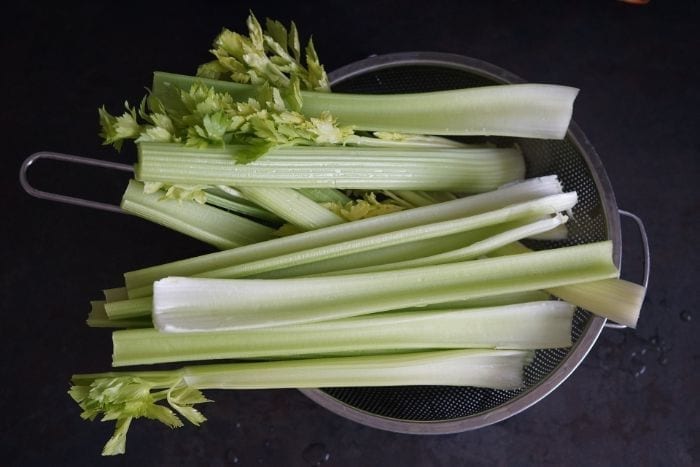 The research was carried out by a team from the University of Alabama on bearded dragons — a lizard that originates in Australia. The researchers chose to feed the bearded dragons celery as this is the food that tops the lists for being a supposed negative-calorie food.

They measured energy lost in faeces and urine, metabolic rate, and the cost of meal digestion. They found that the lizards still retained nearly a quarter of the energy they ingested from the celery meals. The study also didn’t include the energy cost of chewing which would reduce the amount of energy left over too.

The researchers believe that the results would be similar for humans eating celery would have equivalent energy retention, as the rise in metabolic rate after a meal is similar in lizards and humans.

The researchers argue that although you might not use all the calories up in digesting, absorbing, and excreting the celery, your basal metabolic rate (the energy required to keep your body functioning at rest) means that the left over energy from eating celery would be used up. In fact, the average woman would need to eat 12.6kg of raw celery just to fuel these minimal metabolic needs.

It seems like there’s still quite a lot to learn here, but the main point is that celery almost definitely isn’t a negative-calorie food. There’s no denying that it’s an incredibly light snack if that’s what you’re going for — and you’ll easily use the rest of the energy you get from it. There could be other foods out there that are though, so let the dieters dream on!

Enjoy this article on negative-calorie food?

How what you eat could help you out in the gym.

Get Your Daily Steps In With Our Ultimate Walking Playlist

What Are Ketones & How Long Does It Take To Get…

The Clothing Pieces Your Summer Needs | Our…

What To Eat To Fuel Your HIIT Sessions