There’s no denying that low-carbohydrate and high-fat ketogenic diets are becoming more and more popular among those trying to shift some stubborn pounds. Both diets have been around for many years, but what’s the difference between them?

Which will serve you best on your quest to burn fat? Both keto and low-carb diets are high in fat and low in carbs, but they have a different set of rules that makes them effective — and confusing.

To remove all the mystery and myth, we’ve broken down what these two diets are, as well as some of the benefits and potential risks. 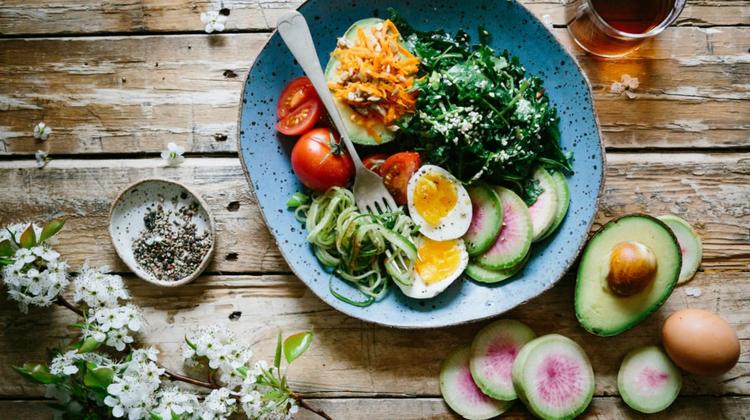 A keto diet is an aggressive version of a low-carb diet and requires a far more rigid split of macronutrients. Too much protein can ruin a ketogenic diet and, because the carbs are so low, there’s no flexibility. A person who follows a keto diet might want to use keto sticks to measure whether they are in ketosis or not — it truly becomes a lifestyle diet.

A low-carb diet might be a little more flexible as there’s a higher range of carbs allowed. This could allow someone to eat a wider variety of foods including healthy fruits and vegetables. A low-carb diet tends to be higher in protein, so depending on what foods you enjoy, it might be easier to stick to.

In terms of sports performance, there’s little evidence to support that either diet is better when compared to a diet that’s rich in carbs. Sports that are more endurance based will rely more on fats as an energy source, but when the intensity rises, carbs are needed.7

What’s become more popular of late is an occasional “train low” or “recover low” approach. This means that an athlete purposely has certain training sessions with low carbs in the system, or doesn’t recover with them. This forces the body to improve its efficacy of using fats as fuel.

Because workout performance is often inferior with the low-carb sessions, as your muscles have less energy to use, it’s important to train at full intensity at other times with carbs. The better the workout you have, the faster you’ll reach your goals, so it’s probably a good idea to have a combination of carb-fuelled and unfuelled workouts.

Keto wouldn’t have the same benefits, as it takes time to adapt and produce ketones, which is not practical for a competing athlete.11

What is a keto diet?

A ketogenic diet (keto diet) is a diet that’s very high in fat, moderate in protein, and low in carbohydrates. A keto diet forces the body to produce something called ketones, which is a fuel source that’s used when glucose stores are low.7 Ketones come from adipose tissue (body fat) and go through a “conversion process” in the liver to become a ketone body.7

The most common breakdown for a keto diet is 70% fat, 25% protein and 5% net carbs. Net carbs are often overlooked, but it’s simply the total carbs minus dietary fibre, which gives you the net carbs.

So, what would this look like in real life?

So, why do we even need ketones? Well, it turns out they’re a pretty important backup system if high-energy foods — such as carbs — became scarce.

The brain and nervous system’s preferred fuel source is glucose, which is readily found in the body. With the keto diet having such a low amount of carbs, the stored carbs are often depleted in a few days.

This forces the body to run on fats as the primary energy source. Fats, however, are unable to cross the blood-brain barrier (a barrier that prevents certain materials from entering the brain through the blood), leaving the brain short of fuel. If the brain wasn’t able to get any fuel, then the entire nervous system would shut down.2

Ketones, however, are able to easily cross the blood-brain barrier and provide the brain and nervous system with a second preferred fuel source. 2

What is a low-carb diet?

This is where things get a little less sure. Unlike the keto diet, there’s no clear definition for a low-carb diet.8

The consensus seems to be that protein is high — anywhere from 1.4g/kg to 2.2g/kg —  while fat is moderate and carbs are lower than the average western diet but higher than the keto diet.

This could mean that on a low-carb diet, carbs could range anywhere from 50g to 150g per day. A lot of what determines whether a diet is low carb comes down to the person’s body weight.8

For example, if a 50kg female had 130g of carbs a day, then this could be a moderate to high-carb diet. However, take that same 130g of carbs and apply it to a 100kg male and it becomes a low-carb diet.

A low-carb diet predominantly uses fats as fuels, but to some extent protein and carbs are also available.

It is thought to help deal with hunger, keep insulin low, and stop carbs from being stored as fats — this can often result in weight loss. What’s really happening is that since there’s less food to choose from (mainly protein and fats), it can be easy to stick to a calorie deficit. It’s the calorie deficit that’s responsible for the weight loss and not the managing and storing of carbs.6 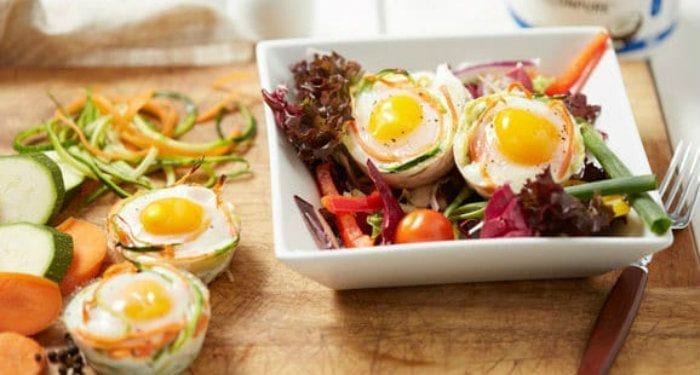 What are the benefits of keto diets?

Most of the benefits of keto diets are around dietary adherence and preference. There’s nothing worse than feeling starved silly on a diet. However, people who are successful on a keto diet find that it often suppresses appetite and the longer they’re on the diet the more the hunger seems to diminish. This is down to ketone bodies and their effect on appetite, but not everyone gets this same feeling of satiety.

The keto diet is a protein-sparing diet, meaning ketone bodies prevent proteins from breaking down to be used as fuel. Whilst it isn’t an optimal diet for muscle gain, it could be used to maintain lean muscle mass.10

To date, there’s no substantial evidence on the impact of the keto diet on sports performance.9

But for now, it’s safe to say that if a keto diet allows you to eat without feeling deprived and can easily put you in a calorie deficit, it can be a good option for weight loss.

What are the benefits of low-carb diets?

A low-carb diet can easily put someone in a calorie deficit without needing to track calories. Studies show that by limiting a food group, we tend to eat less on average.12 Less choice often leads to eating less which equates to weight loss. So, this could be a good diet if you’re looking to get lean.

With improved weight loss, often health markers show improvement. It must be said that it’s the calorie deficit and not the diet itself that can improve health markers. A low-carb diet might just make it very easy for people to achieve weight loss. 8

It’s also a high protein diet. High-protein food is good for satiety levels, which keeps you feeling full for longer. It also helps to prevent unwanted muscle breakdown, which can have a negative impact on health and performance. 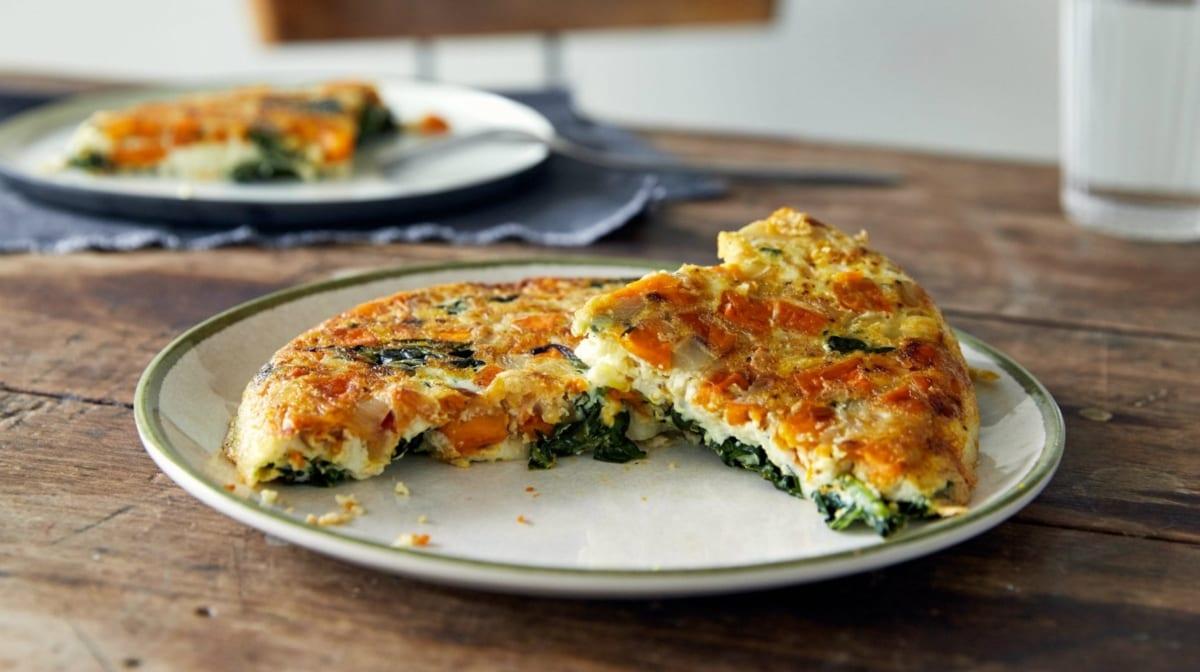 What are the risks of keto diets?

A keto diet doesn’t put a limit on saturated fat. There’s a potential risk of health problems if you’re already overweight and follow a keto diet that puts you in a calorie surplus, as this would mean additional weight gain.

Some of these risks might be minimised in a calorie deficit but it would be a good idea to get the majority of your fats from an unsaturated source.5 Type 1 diabetics shouldn’t follow a keto diet as it can lead to ketoacidosis, high levels of ketones, which is a medical emergency.3 Pregnant and breastfeeding women are advised against keto diets as well. 3

This is fairly common advice when following diets. There has most likely been no clinical trial investigating a keto diet in these populations as it probably wouldn’t get ethics approval. So, it’s best to say that the recommendation is inferred due to the lack of evidence.

There’s an increased risk of lack of fibre as well as vitamins and minerals that come from vegetables — this could have a negative impact on health.

If someone goes on a keto diet, then there’s often an adaptation period. This could mean low energy, low mood, and brain fog. Whilst it’s not a risk and tends to go away in a few weeks, it’s good to be aware of this. 9

What are the risks of low-carb diets?

As we discussed earlier, low-carb diets don’t have a clear definition and can range from 50g to 150g per day. At the lower end, the risks could be similar to a keto diet, as a limited amount of carbs means limited fruit and vegetables. 8

There could be a similar issue to a keto-diet of choosing unhealthy fats. 5

The scientific evidence is mixed on whether this diet is healthy or not. There are few studies that show some health benefits, but also others giving the opposite results. The results could be very different in a calorie surplus to a deficit.

Most diets are successful if someone enjoys it. This just means that you are more likely to stick to it and get the results you want.

Keto and low-carb diets are generally centred around weight loss, and for some, they can work very well. Others just don’t feel as good on them and end up giving up to a more traditional carb-based diet.

One of their biggest selling points is that they diminish appetite and give that feeling of satiety. However, these diets tend not to be ideal for sports performance or high-intensity exercise.

For most healthy people, both diets are deemed fairly safe provided that you make healthy choices. Any diet can be made unhealthy with poor choices.

Both can be a good option if you’re looking for a diet that is fairly easy to follow without needing to track calories.  The best way to find out if this is the right diet for you is to give them a try.

Enjoy this article on the keto diet vs. low-carb diet?

Start your journey to getting shredded with these essentials.

How to Get Bigger Quads | Top Tips