Energy drinks: either the liquid-form of junk food, or an ally for greater focus and endurance. But, are energy drinks bad for you? For the health-conscious and athletic types out there, energy drinks tend of fall onto the long list of ‘don’ts’, along with happy meals and frozen foods, when it comes to staying on top of their game. However, the right ones can actually help with quite the opposite. In this article, we’re going to take a deeper look at the good, the bad and the ugly of energy drinks.

Now may just be the time to take those blinkers off to the world of energy drinks and learn how to spot the performance enhancers from the junk. 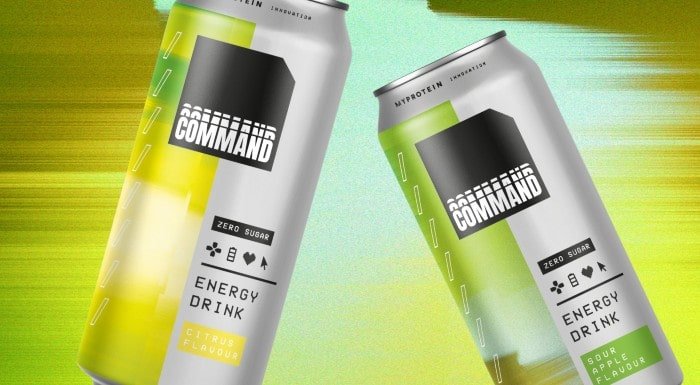 What Are Energy Drinks?

You probably already have a good idea of what an energy drink is, but there’s a good chance that you might be imagining the fizzy stuff that you mix in with booze on a night out.

Energy drinks, by nature, contain ingredients that give you a surge, or at least the impression, of extra energy. The most commonly included ingredients are almost always caffeine, quite often taurine, and sometimes vitamins and minerals.

However, not all energy drinks are the same.

Are Energy Drinks Bad for You and Why?

A study by the World Health Organization reviewed the safety of some of the most commonly consumed energy drinks, which raised concerns over long-term regular caffeine consumption, however, they stated that more research is needed to determine its effects.1

A further concern was related to consumption of energy drinks mixed with alcohol on a regular basis, which is suggested to increase the likelihood of experiencing more adverse consequences like being hurt or injured.

The final main concern was related to the sugar content of some energy drinks, which can contribute to obesity if consumed regularly. However, not all energy drinks contain high quantities of sugar – always check the label to make sure you’re not OD-ing on the sweet stuff without even realising.

So, are sugar free energy drinks a safer alternative? While the sugar free varieties aren’t as bad for your teeth, they can still lead to the other negative side effects.2

Abusing off-the-shelf energy drinks can leave you far from energised. In fact, they can do considerable, lasting damage to your health.

In smaller doses, the average energy drink can have short term negative effects such as making you restless and irritable, but in worse cases, the following side effects have been reported:

However, healthy energy drinks that don’t cause such side effects are available – keep reading to find out more.

Caffeine is a stimulant. It’s also the core ingredient in most energy drinks and shouldn’t be consumed in large amounts if you’re pregnant or breastfeeding. Recently, a large, systematic scientific review was carried out that concluded that drinking up to four cups of coffee carries no health risk (that’s around a total of up to 400mg per day).3

Caffeine has been proven to improve physical performance, increase stamina, and give a mental edge by increasing alertness and improving concentration, too.

For every 250ml can of your average energy drink, the caffeine content ranges from around 40mg to 360mg. A similar-sized cup of coffee has around 100mg of caffeine. Scientific research deems up to around 400mg of caffeine as safe to consume per day; so, the caffeine levels are not the primary health concern. However, more than one may put you over the presumed safe level of 400mg.

Most traditional energy drinks range between 25-40 grams of sugar per serving, which is about the same as a full-size chocolate bar.

High levels of sugar not only increase the calorie content, but can also negatively impact your teeth, cholesterol, blood sugar control, and energy levels. While our bodies do run on carbohydrates, refined sugars are not the best source of energy. The negative impacts of sugar from energy drinks are often enough to outweigh the benefits.

If you’ve ever grabbed an off-the-shelf energy drink and sipped it between your sets at the gym, then it’s time you looked for a healthier option.

A high-quality, healthy energy drink can have the same effect as pre-workout supplementation, with added ingredients like amino acids. As well as pre-workout, you can beat that afternoon slump by picking a healthier option for your choice of canned stimulant.

Look for energy drinks with ingredients that you know and trust. For example, for better performance, you should be on the lookout for:

BCAA Drink is a great-tasting performance drink that delivers 5 grams of vital muscle-infusing branched-chain amino acids (BCAAs) per can – helping you raise your fitness game up a notch. Zero sugar, minimal calories and no carbohydrates, yet still promises a fast-acting energy boost.

While caffeine can give you an energy boost, sometimes you need more of an edge. When you need to focus and keep your brain ready, Command has Cognizin (which helps to boost your brain’s acetylcholine levels) to increase your speed and attention.4

For even more of an edge, Command has L-tyrosine, to decrease mental fatigue and keep you at the very top of your game.5

What Time to Drink Energy Drinks?

Because energy drinks are stimulants, their caffeine content can be double-edged sword. In the gym, they make you a force to be reckoned with, but if taken too close to your bed time, they may interrupt sleep, which will ultimately be detrimental for natural energy levels.

It’s recommended that you consume energy drinks before working out and up to 6 hours before bed to avoid disrupted sleep. Working out does increase your metabolism, but only time has an impact on the body’s caffeine levels.

Not all energy drinks are bad for you. Instead of abstaining, the answer is to check the nutritional label before drinking and look out for beneficial ingredients like caffeine, BCAAs, and vitamins and minerals, with limited amounts of sugar.

The Science Behind Amino Acid Leucine | How It…

Getting To Know Mike Diamonds | Discover His Daily…

How To Do Handstands & Handstand Push Ups |…