Impact carbs seem to have become the new buzzword in tandem with the surge in popularity of low-carb (ketogenic) diets. As people have dropped carbohydrates from their diets and simultaneously reduced body fat, more research is being invested into learning exactly how low-carbohydrate diets might promote weight loss.

What it really comes down to, research shows, is that it isn’t just carbohydrates as a whole that are the bad guys, rather you should look at the type of carbs you consume and also when you chose to eat them. By choosing to eat the right carbs at the right time, you can fuel muscle recovery whilst looking after your body composition.

Let’s start with the basics. The first thing you need to know about tracking your nutrition is that energy, measured in calories (kcal), wins the day. If you’re in an energy-deficit then you will lose weight, and if you’re in excess then you will gain weight. OK – some of it can be attributed to hormones and genetics, but by and large, the amount of calories you eat directly dictates your body composition.

You can estimate the amount of calories you need every day, called ‘total daily energy expenditure’, using a couple of different equations. This can give you an idea of how much you need to consume each day to keep yourself in balance.

Related: How To Calculate BMR & TDEE (& Why It’s Important) 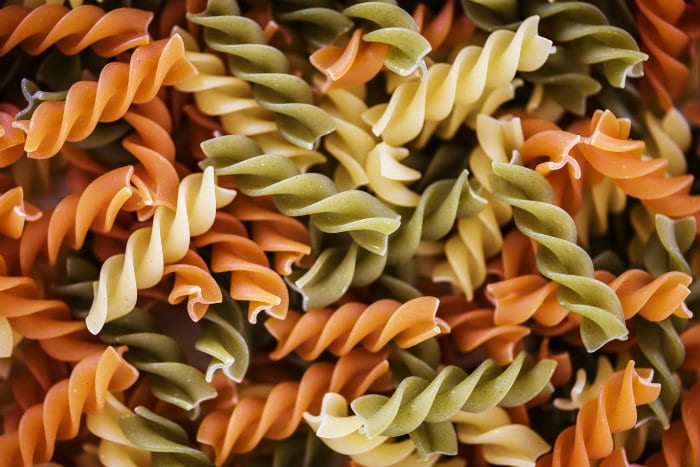 How Are Carbohydrates Digested?

First, a little about how we digest carbohydrates: Carbohydrates are known to be the body’s primary source of fuel. When you eat carbohydrates, the body breaks them down into glucose which is transport through the blood to be either stored in the liver or used by muscles.

When carbs are broken down into glucose and enter the bloodstream (often referred to as blood sugar) the body recognises this and releases the hormone insulin which signals to your body to absorb the glucose. When your body doesn’t require the glucose for energy, insulin signals the body to store the sugars for later use as glycogen store in the muscles and, once these stores are full, as fat.

The food we eat is split into three different macronutrients: proteins, fats and carbohydrates. Carbohydrates can be broken down further into the subcategories; simple and complex carbohydrates.

Simple carbohydrates, also known as ‘simple sugars’, are found in lots of foods like fruits, vegetables and milk, and in high quantities in sweets and sodas (added sugars). Eating lots of simple carbohydrates, especially in the form of added sugars, raises blood sugar levels very quickly causing excess fat storage. Over a long period of time, this can cause ‘insulin-resistance’, where the liver doesn’t respond well to insulin, which can eventually lead to type 2 diabetes.

The rationale behind having a low-carbohydrate diet for weight loss is that, as less glucose will be available, changes in insulin concentrations will direct the body away from fat storage and towards fat oxidation. While insulin is being secreted, any glycogen (the body’s carbohydrate stores) and fat will not be used for energy, which means fat burning will be put on hold. 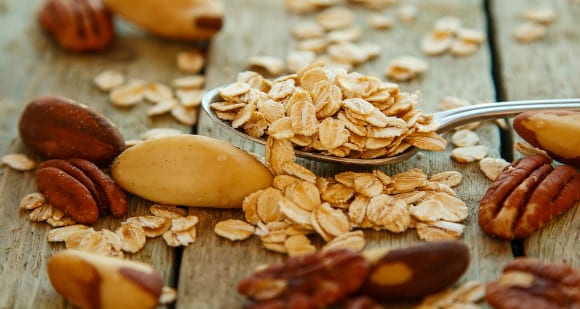 Different types of carbohydrate in foods are made up of different length chains of carbon, hydrogen and oxygen in different quantities. Different lengths take the body different durations of time to break down, which has led to the use of a glycemic index (GI) scale. The further up the scale a food is, the faster the carbohydrate is broken down and the faster the rise of blood sugar is. The lower on the scale, the slower the rise is.

If you’re trying to lose weight, you want to keep your insulin in check as much as possible, so you should try to ensure the majority of your carbohydrate intake comes from to lowest GI scores, or non-impact carbs that have a smaller impact on blood sugar levels, like insoluble fibre and most sugar alcohols. This will give you the benefit of a more sustained release of energy, without causing a big spike in insulin levels.

The exception to this rule is when your glucose stores in your muscles and liver (glycogen) is depleted and you need a boost in blood sugars. This can happen after an intense training session when you’ve used lots of your stores. In this case, some high GI carbohydrates can benefit your body, as the rise in insulin will cause the glucose to be absorbed by the primary stores in the liver and muscles.

If you’re looking to reduce your body fat, the insulin response should be an area you look toward. Impact carbs can be eaten in moderation as they alone won’t make you fat, but you need to be aware of the body’s response to different varieties of carbohydrates. Check out some of our recommended carbohydrates for different goals and purposes, here.

Find yourself constantly searching for something to satisfy your sweet tooth without breaking your diet? Try Carb Crusher now.

The Best 6 Supplements For Muscle Gain

Is growing muscle on your agenda? Then you've probably considered supplements – read this first.

Simon started his fitness journey from a young age, and was playing sport as soon as he could roll a ball. This pushed him to compete in a variety of sports from rugby to squash.

After completing an MSc in Strength & Conditioning, alongside a PT qualification, he gained an academic role at the University of Chester. From lecturing to research-based studies, his applied role caters to both team and individual sports.

How To Keep Fit Around Your Busy 9-5 | Hells Fitness