If you are not yet nutty about the Kola Nut then you have come to the right place. Popularised by its use in 1886 as one of the original key ingredients in the world’s most popular soft drink, Coca Cola™; kola nut has a long therapeutic history (1). This article will help explain what the kola nut is and how it can benefit you as a foodstuff or as a supplementary extract. Read on to find out how a nut often chewed as a snack in West Africa may boost your health and performance in the gym. 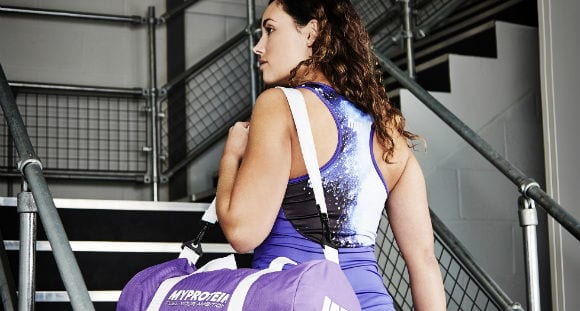 What is Kola Nut?

The Kola tree is native to the tropical rainforests of Africa, and on these evergreen trees which grow up to approximately 20m tall, there can be found both star shaped fruits and round shelled nuts in between the glossy ovoid leaves. The latter of these protuberances is the nut in question for this article.

In fact, there are over 125 different species of kola nut trees with slightly different types of edible nuts. As such when searching through the web or the scientific literature you may come across various names for the kola nut. The species we are concerned with for consumption are Bitter Cola, (Garcina kola); kola nitida (cola acuminate) and the fantastically named monkey cola (cola suboppositifolia).

This foodstuff has a historical origins as a nut chewed in many West African cultures due to its apparent ability to satiate hunger and restore vitality. There use is entwined within the tribal spiritual practices of these cultures and are even used during a form of traditional divination (similar to reading tea leaves). It is also eaten as a snack by many elderly folk in West Africa, particularly Nigeria.  Additionally, the extract of kola nuts is used as a natural flavouring agent in the food industry (2-3); with Coca Cola™ the most obvious example. However, in this beverage it also doubles up as the source of caffeine. 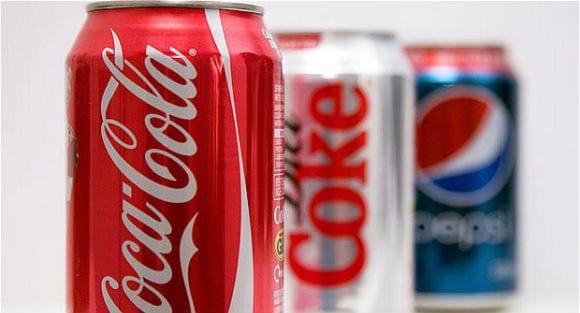 What are the benefits of Kola Nuts?

The amount of caffeine in kola nuts is very much its most predominantly known therapeutic or medicinal constituent which we will discuss further later. However, kola nuts also contain various other related or perhaps unrelated compounds. For example, the nut also contains small amounts of methylxanthine and theobromine (other organic stimulants); as well as other plant-based secondary metabolites, pigments and phenols which can positively benefit health (e.g. flavonoids, anthocyanins and tannis) (4-5).

Interestingly, kola nuts also contain levels of key minerals such as potassium (3484.67mg/kg), calcium (124.40mg/kg) and magnesium (392.00mg/kg); which are comparable with those found in another superfood, walnuts (6).

#1 Benefits of kola nut as a stimulant

They very significance of kola nut as a health food choice and its popular usage lies in its high concentration of the stimulant caffeine. It is reported that one nut contains more caffeine than two large cups of American coffee, which is more than enough to get most people’s central nervous system racing (1)! In truth, the amount of caffeine per nut can vary in relation to the specific nut consumed and its pre-treatment. For example, they can be consumed raw, cured for 6 months, sundried for 40 days or even milled and stored for up to a year (7). This would explain why variations in caffeine content can stretch between 1.5% and 3.8%.

The concentration of caffeine in the nut, therefore can explain its use as both a mental and physical aid to combat fatigue (8-9). Specifically, the consumption of kola nut extract (in liquid form) has been seen to boost central nervous system action shown by increasing heart rate and metabolic rate similarly to previous studies on caffeine (10).

The additional benefit of this central nervous system stimulation is in the potential to enhance both body weight and fat loss. A great study from 2002 (11) examined the influence of kola nut on 167 people over a period of 6 months of consumption. These authors found that consumption of 90-190mg/day of an herbal caffeine supplement (kola nut and Ma Huang) saw significantly greater reductions in body weight, body fat and bad (LDL) cholesterol (compared to placebo). Changes in body weight and body fat were 2.7% and 1.6%, respectively. This shows that the caffeine boost provided by kola nut not only gets your nervous system fired up, but also can correspond with changes in health variable such as weight and fat loss. 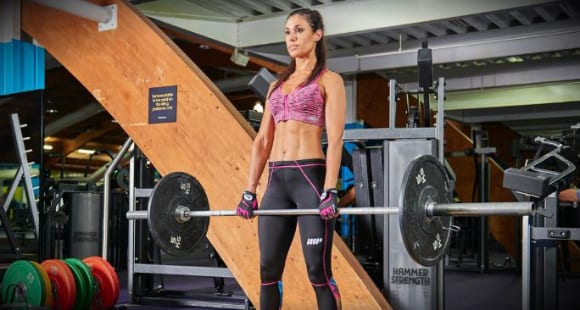 #2 Benefits of kola nut as an anti-inflammatory/ anti-oxidant

Some of the plant compound components of kola nuts can be the source of additional health related benefits of this food, particularly in their ability to work as an anti-inflammatory and anti-oxidant agent. For example, laboratory studies have shown that decaffeinated kola nut extracts are able to reduce the inflammatory effects of specific proteins released during inflammation which cause cellular damage (12). The researchers in this study suggest that this effect is gained from the anti-oxidant action of phenol compounds in the nuts.

Further evidence is available that kola nut seeds also contain other compounds with great anti-oxidant potential, including bioflavonoids and garcinoic acid (13). Thus cementing their potential as a health superfood.

#3 Benefits of kola nut as an anti-microbial agent

Other studies have examined the therapeutic benefits of kola nuts in other pharmacological areas. Such studies have broken down and examined the biochemical content of kola nuts to identify that these nuts contain various alkaloids, tannins, saponins, phenols and flavonoids which may show they have usage as an aid to combat various disease processes which are resistant to anti-biotics (14). 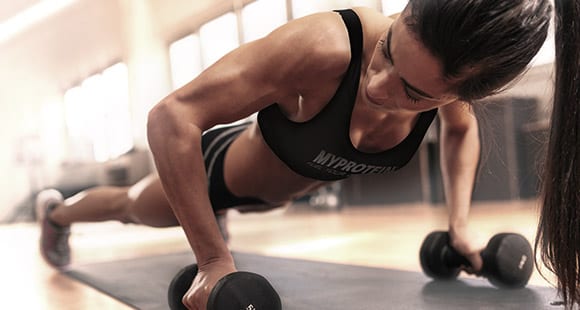 #4 Benefits of kola nuts as an anti-hypertensive

Due to the definite effect of kola nuts on the central nervous system (attributed to its caffeine content) there is also evidence to suggest the kola nut has additional effects on the cardiovascular system. Based predominantly on observational data on populations which chew these nuts, studies have been designed to assess the effect of smaller and greater doses of kola nuts on the heart and cardiovascular system. One such study showed that with dosages between 10-1000mg/ml of an aqueous extract of kola nut, a hypotensive response is seen (17).

Simply put, whilst smaller doses show increases in heart rate (as expected with any stimulant), greater doses reduces blood pressure and heart rate. Whilst this leads us to be wary of a possible negative consequence in those who habitually chew these nuts; it also identifies an area of possible therapeutic benefit for those who suffer with high blood pressure. 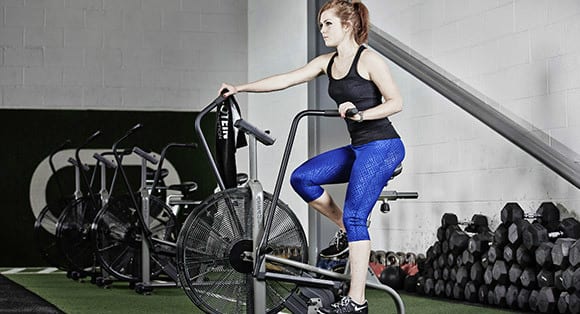 #5 Benefits of kola nuts as a bronchodilator

One of the long list of kola nut’s constituent parts is a purine base stimulant (similar to caffeine) called theophylline. This compound is able to influence the relaxation of smooth muscle in our airways and blood vessels; and as such assists airway dilation for those who have lung issues (e.g. asthma or bronchitis). The use of kola nuts for the management of acute breathing constriction has been popular in African traditional medicine for decades, however it was not until fairly recently that this was evaluated scientifically.

One study evaluated the effect of 200-400mg per kg per day for 21 days in a sample of Guinea pigs (18). These authors found that provision of a kola nut extract both delayed the onset of breathing symptoms (in response to an allergic agent), as well as significantly reducing bronchial wall thickness. This would indicate that kola nuts can both prevent and ameliorate breathing issues due to airway bronchospasm. 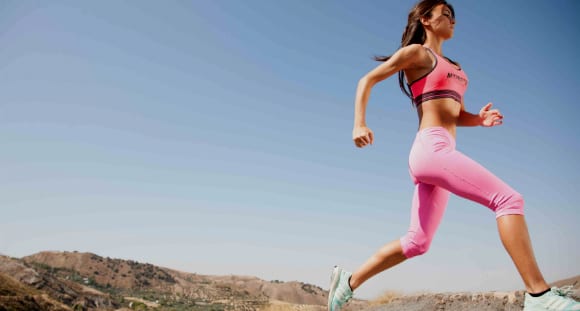 As with all supplements, there is the potential for untoward side effects if taken irresponsibly. As such it is worthwhile considering any possible issues regarding safety should you consume kola nuts regularly.

One of the more common reported issues with chewing kola nuts as a snack is the possible effect on your teeth, and that the nuts may cause bad breath or staining. However, these claims seem to be more anecdotal than distinctly proven.

Generally, the toxicological properties of the nuts seems to parallel with an equivalent dose of caffeine, and that it is reasonable to conclude that its use as food or supplement is safe and free from serious consequences (19). Obviously, due to the concentration of caffeine in the nuts it is wise to be wary of interactions with other drugs, such as ephedrine, benzodiazepines, propranolol and quinolone antibiotics (20-22).

The only other notable side effect to be cautious of is that there is some evidence that kola nut variations may cause a degree of irritation to the gastrointestinal tract causing stomach ache (23) and that there use during pregnancy is contraindicated. 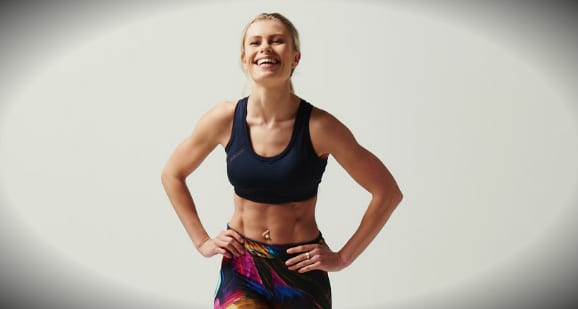 It is amazing that the traditions and commonly consumed elements of tribal and historical diets often end up demonstrating positive scientific benefits in modern experiments. Such is the case with kola nuts where it seems ancient knowledge stands the test of time, and benefits are apparent in various areas of health. In this case, the effect of kola nuts as a stimulant can be filed alongside the added benefits of its various health compounds to assist its use for the cardiovascular system, immune system and respiratory system.

Big Back Workout | Try This Lat Workout For Mass

Is It Healthy To Eat The Same Foods All The Time?

Back To The Gym | First Post-Lockdown Workout With…