Endurance sport performance is strongly benefited by an increased ability to carry and transport oxygen around the body to the working muscles(1).

Obviously the more oxygen you can circulate, the longer and more intense your work capacity can be. This means more aerobic energy efficiency, increased time until fatigue and generally a higher intensity workload.

Training at high altitude (for readers in the U.S. “High Elevation”) has been discussed and used by athletes for decades to improve performance at sea level(2).

This article will explain what the fuss is all about with this training strategy and whether or not the benefits postulated are real.

What is High Altitude Training?

Athletes choose to train at high altitude due to the underlying benefits of intermittent hypoxia training – in essence regular exposure to an environment where oxygen availability is reduced due to natural or artificial methods. 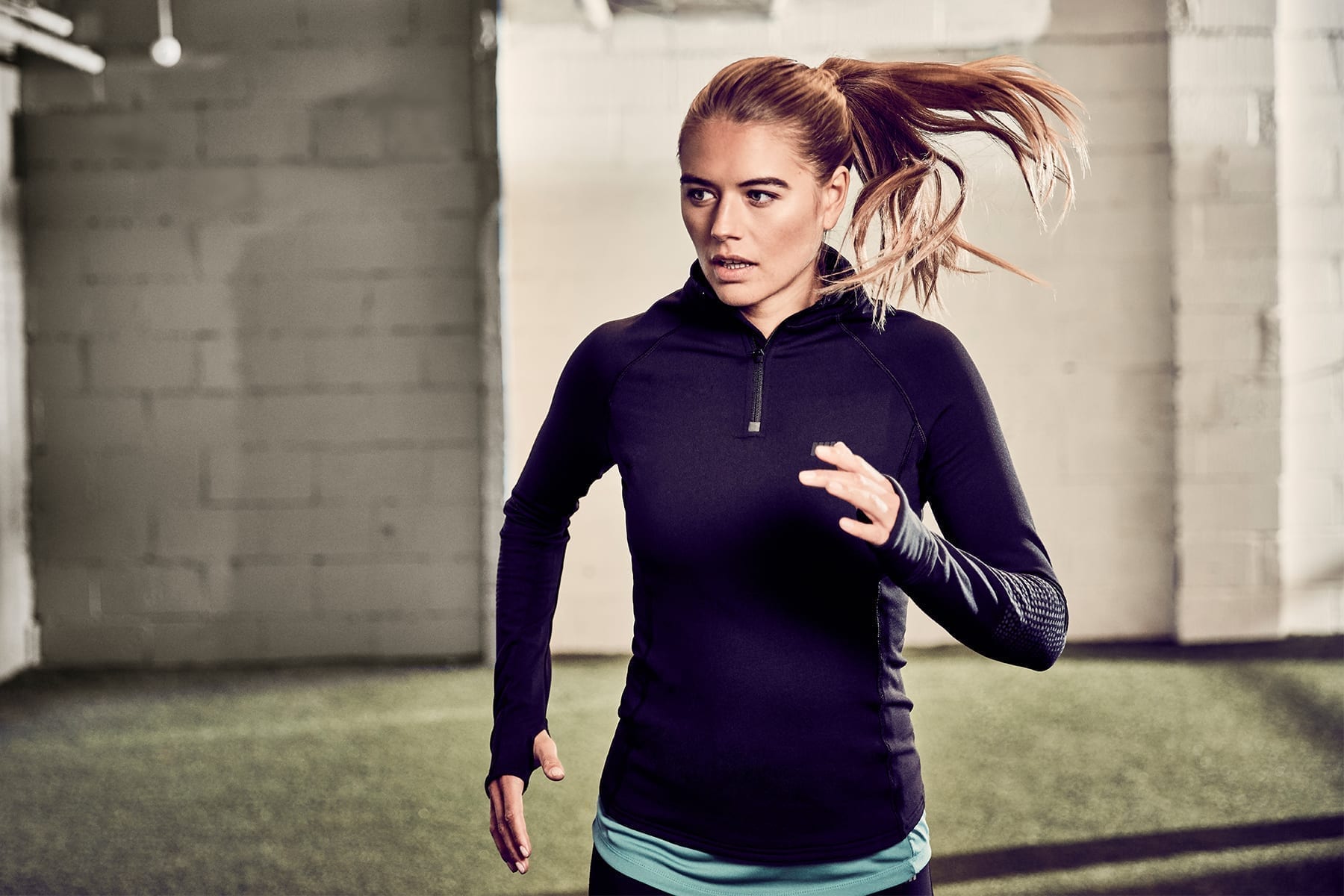 At higher altitudes (increased height above sea level) as atmospheric pressure decreases, the air has a reduced partial pressure of oxygen, meaning less oxygen is available in the environment to be used by the body(3).

The consequence of this change in oxygen pressure is for the body to produce greater amounts of EPO (erythropoietin) in the kidneys(4), which subsequently means an increase in red blood cells produced. Theoretically then, when the athlete competes (at sea level,) there is a greater amount of oxygen carrying red blood cells available and a greater transport of oxygen to the muscles for metabolism.

There are different specifications as to what is considered “high altitude“- the most commonly used being the Bärtsch classification(5).

Since then, both researchers and athletes have been interested in the effects elevation training has on our blood and physical performance.

These changes include an increase both:

? An increase in the number of actual red blood cells(3, 7).

This means both greater efficiency and greater volume of oxygen transporting cells. Alongside this is an increased density and economy of capillaries, meaning blood is more easily moved around(3).

The importance of these changes in the blood and circulatory system are considered to be major contributory factors for increases in maximal oxygen uptake and subsequent performance improvements(2, 8).

However, as suggested previously, much attention has also been made of the preceding factor which high altitude environment stimulates and the reason why there are more red blood cells: EPO.

EPO is a glycoprotein hormone which stimulates red blood cell production in response to a feedback mechanism which indicates low blood oxygenation(9).

Within a few hours of low atmospheric oxygen at altitude, EPO levels increase; peak (at 48-72 hours)(10); and new red blood cells are evident in the blood after approximately 5 days(11). As plasma volume is depressed it means that for each unit of blood there is a higher capability to carry oxygen(12).

However, such changes are not permanent.

? After returning to sea level, neocytolysis (destruction of immature red blood cells) occurs due to the higher atmospheric oxygen concentration(13). Even in elite biathletes training and acclimatising to altitude for a matter of weeks, after 16 days at sea level haemoglobin mass and red blood cell volume drop back to normal levels(14).

In addition to the changes in blood cell volume, there are also a number of biological tissue alterations which help to turn our muscles into energy efficient machines!

The importance of such changes are highlighted by research which indicates that VO2 max performance during running can be improved with intermittent hypoxia training, despite changes in blood oxygen-carrying capacity(20-21).

These studies explained their findings on tighter ATP energy kinetics within the mitochondria of those exposed to hypoxia.

How Could it Change My Performance?

The benefits of altitude training are for endurance performance purposes and include longer time to fatigue and improved recovery following exercise – which both leads to better performance of your chosen sport (e.g. better running or cycling times).

Various studies have demonstrated that periods of altitude training at 1800-2300m for 3-4 weeks is enough to improve performance parameters by 2-4%(22).

A large scale meta-analysis of trials indicated that both long duration and intermittent exposure to altitude (whilst performing exercise training at sea level) can improve performance parameters in both sub-elite and elite endurance athletes(23).

How Do I Perform High Altitude Training?

There are a number of methods or protocols by which high altitude training can be utilised.

This is the classic model of altitude training where athletes will travel to and live at altitude between 2000-2500m for a period of 3-4 weeks. They do all activities at this level, including all their training, and was borne of the strong performances of East African runners at the 1968 Olympics in Mexico City (approx 2250m elevation)(3). It also happens to be the most commonly used method(3). 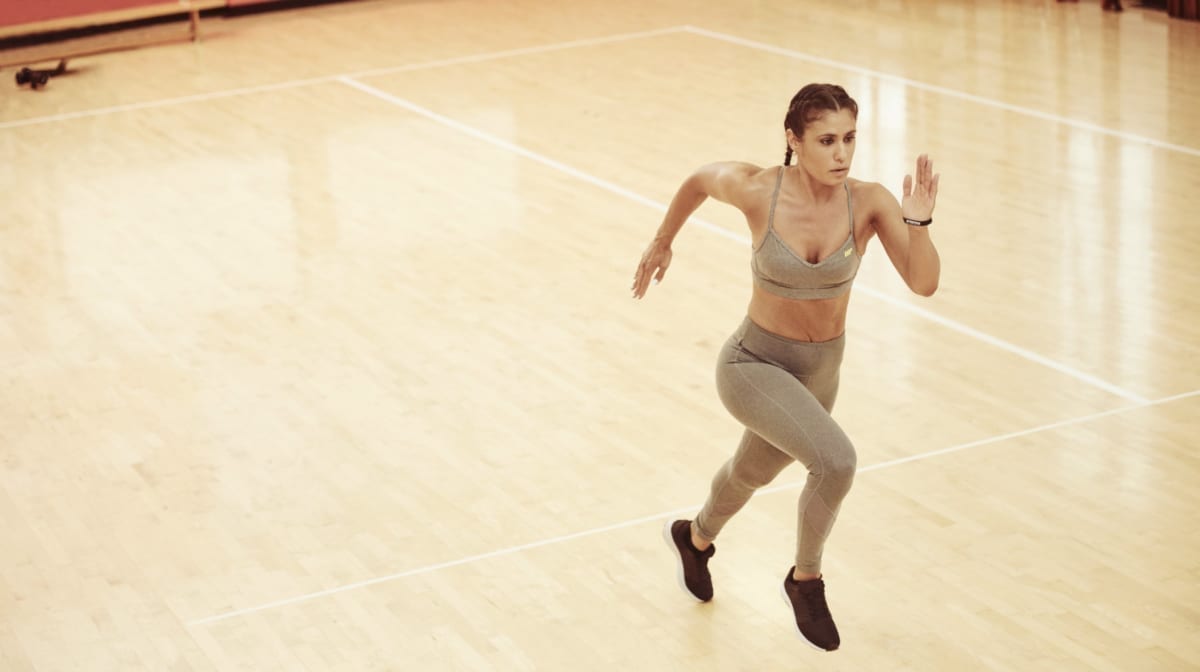 Whilst theoretically living and performing all tasks at this level should give enough exposure to hypoxia to aid performance, early studies had mixed results(24). In fact a study on middle distance runners which compared LHTH altitude showed no benefit compared to those who trained at sea level(25).

However, despite LHTH being the most used strategy of this form of training, the one which receives the most attention is the LHTL model(26).

This is where athletes live at moderate altitudes of 2500m, however train at a lower altitude of approximately 1250m. The purpose of this method is to counteract some of the detrimental effects of trying to sustain a high level of training intensity at high altitudes, and to prevent the negative performance effects related detraining (see below for Risks & Side effects).

A study which compared LHTH vs LHTL vs sea level training showed that both forms of elevated training had a haematological effect on blood cell volume and increased VO2max. However, ONLY the group who participated in the LHTL model saw a performance benefit on a 5000m run time trial at sea level(26). This indicates that perhaps biological changes from altitude training do not extend to performance equally dependent on the method utilised. Similar studies have then followed which supported theses conclusions(10, 27, 28).

Due to the very real issue with cost of living and training at altitude, as well as the potential to de-train whilst training at altitude, the option of following the LHTL method seems to be the optimal one for performance improvements. As well as improving both running (10, 26) and cycling performance(29); improvements have been observed in orienteering (26) and swimming (7, 30).

It is now widely considered that similar adaptations from altitude training can be caused via devices which either:

a) Expose athletes to simulated (artificial) altitude atmosphere or

The other option is to use interval hypoxic training where the athlete is exposed to a strong but sharp altitude stimulus to provoke the kidneys to produce more EPO(32).

Now whilst these types of machines have been shown to induce similar effects to exposure to altitude(33), it must be noted that these are clinical and not widely distributed pieces of equipment.

NOTE: They are not the same as the “Elevation Training Masks” now often sold to the general public, and require real time measurement of oxygen saturation levels to ensure they reach optimal parameters.

The more commonly sold “Elevation Training Masks” do cause hypoxaemia (low blood oxygen), however not in the same way as simulating the low oxygen environment found at altitude.  Instead it is thought that their effect comes from forcing users to re-breath carbon dioxide exhaled into the chamber of the mask(34).

Risks and Side Effects

The biggest issue facing those climbing to train or live at altitude is the very possibility that the environment may cause you to feel acute altitude sickness.

This can include nausea, vomiting, headaches, dizziness and difficulty sleeping which can start from 6 hours following exposure(35). Thankfully, the symptoms usual resolve with 24-72 hours upon return to sea level. 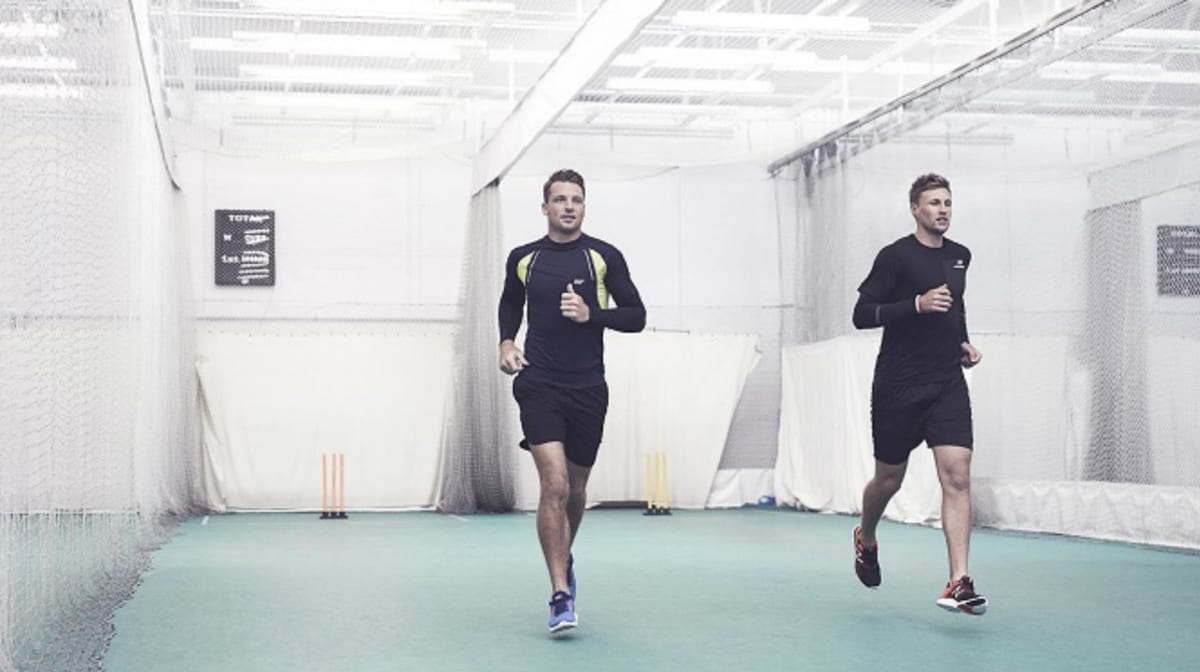 The process of altitude sickness also compounds when exercising at the increased elevation. The changes to plasma volume can directly affect fluid balance(37-39) which is worsened by the difficulties maintaining optimal hydration status at altitude- where fluids will have a higher chance of freezing due to the reduced atmospheric temperature.

Signs of severe sickness including cerebral oedema should be considered a medical emergency warranting immediate attention and descent from altitude.

? You May Not Respond

There has been documented wide variability in how people react to exposure to altitude(26), leaving researchers to divide people into responders and non-responders.

In essence, some individuals (but not all) saw increases in EPO, red blood cell volume and VO2max, and only some saw subsequent improvements in their running economy and anaerobic buffering capacity (despite changes in EPO concentration)(26).

? You May Respond Badly

Another form of over response is the initial detriment in performance and potential for de-training which occurs when trying to sustain exercise intensity at high altitudes (with less oxygen).

These changes may include increased oxidative stress, dehydration, decreased cardiac output(15), and a need to reduce training intensity and volume to cope(42).

General guidelines suggest that using the LHTL method and living at 2000-2500m, whilst training at <1250m for a period of 3-4 weeks is optimal for the physiological and performance benefits of altitude training. This must include 12 hours of continuous exposure per day(3).

Red blood cell volume and haemoglobin mass seem to be more related to the duration of time spent at altitude, rather than the degree of altitude, and a minimal threshold exists of 12-13 hours per day(45).

The timing of the exposure also is important, with a period of 36-46 days after returning to sea level where performance benefits are apparent(42).

A final essential consideration is that during high altitude training the normalisation of iron status should be sought, as iron is required for production of red blood cells and haemoglobin. Anaemia (iron deficiency) can curtail the benefits of hypoxia exposure and can limit production of red blood cells even after training at 2500m for 4 weeks- despite changes in EPO concentration(27).

If you want to improve your performance in sporting activities which hinge on optimal aerobic metabolism to sustain duration of performance, or to boost recovery, then high altitude training is an option to consider.

The model of “Live High, Train Low” for a period of 3-4 weeks prior to an event is probably the best strategy- however your specific reaction to hypoxia training should be evaluated in the off season to assess how you respond.

12 hours per day at altitude is the minimal to boost haematological changes in blood cell volume and EPO, and iron status must be sustained to ensure these changes provide optimal benefits!

Are Multivitamins Worth It? Are They Good For You…

Challenge Yourself To This 10-Minute Energy Shot…

The Benefits Of Compression Clothing For Recovery