The Zone » Supplements » What Is Citrulline Malate? | Benefits, Dosages & Side Effects

Citrulline malate is a popular pre-workout ingredient — you might know some bodybuilders or athletes who swear by it. It can be a useful addition to your routine, giving you a boost when you need it.

What is Citrulline Malate?

Citrulline malate (CM) is an amino acid compound that has gained attention due to its reported ability to delay the onset of fatigue during intense exercise. That’s why you’ll often find CM in pre-workout supplements. Let’s take a closer look at its components…

Citrulline, sometimes referred to as L-citrulline, is a non-essential amino acid. This means it can be produced in the body. Once formed, citrulline is involved in various metabolic pathways — most notably, the urea cycle — and is a precursor for the amino acid arginine.

Arginine has a role in the production of nitric oxide, which widens blood vessels to improve blood flow and oxygen delivery around the body.1

Now, you may be thinking: “why not just supplement with arginine or nitric oxide?”. The answer is citrulline has a longer half-life, meaning it circulates for longer once in our system, and is more effective at increasing levels of arginine than arginine supplements themselves.3

Think of citrulline supplementation as a stepping stone to boosting your body’s nitric oxide production.

Summary: Citrulline is important for the delivery of oxygen to the muscles.

Malate is an essential intermediate of the tricarboxylic acid cycle (TCA), which generates two-thirds of the body’s energy by utilising fats and carbohydrates consumed through the diet. In the TCA cycle, malate is stripped of its hydrogen atoms, which in the process generates NADH2. This co-enzyme can then go on to produce adenosine triphosphate (ATP), which is the energy needed for muscle contraction.5

Fundamentally, making sure your body has enough malate will keep the TCA cycle working smoothly and ensure your muscles have enough usable energy to keep you moving.

Summary: Malate is essential for the production of energy for muscle contraction.

It’s all well and good understanding the nitty gritty about what goes on in our cells, but the question is: does citrulline malate really work and will it work for me? Luckily, research has some answers for us.

During one cross-over study, resistance-trained men completed five sets of leg press, hack squat, and leg extension at 60% of one-rep max (the maximum weight you can lift for one repetition) until failure. Following the consumption of citrulline malate, the number of reps performed was significantly higher across all exercises compared to the placebo group.6

Being able to perform more reps equates to more time under tension (TUT), which leads to superior muscle building.

Similar effects have been observed in women, with citrulline malate supplementation leading to number of reps completed of various upper and lower-body resistance exercises, compared to the placebo. On top of this, the women in the study reported lower ratings of perceived exertion after consuming citrulline malate.7

If dumbbells aren’t your thing, citrulline malate can also improve calisthenic exercise performance, such as chin-ups and pull-ups, as well as boost explosive power during a cycling Wingate performance test.8,9

Summary: Citrulline can help delay muscle fatigue, making you able to keep going during your workout.

Not only does citrulline malate have benefits for power-related exercise, it has also shown benefits in aerobic exercise.10

A research group tested this using a high-intensity cycling protocol after participants had consumed either citrulline malate or placebo for the previous seven days. In the case of this study, citrulline malate increased the distance covered in a given time, improved capacity for oxidative metabolism, and lowered arterial blood pressure.11

So if your goal is to improve endurance performance, a citrulline malate supplement might be worth a try.

Summary: Better delivery of oxygen to the muscles from citrulline malate can help boost your aerobic endurance. 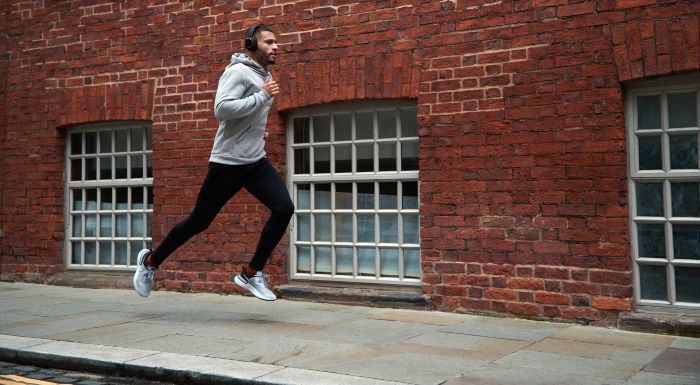 Previous studies demonstrate that a daily dose of 6-8g of citrulline malate is sufficient to induce an ergogenic effect, though doses as low as 3g still offer performance benefits. Whether taken acutely as a single dose, or over several consecutive days, citrulline malate is considered safe to consume and doesn’t cause serious adverse effects.9,11

Summary: 3g twice a day is an appropriate dose of citrulline malate to add to your training plan.

All in all, citrulline malate looks like it has great potential as an ergogenic aid for both resistance and endurance performance. The citrulline component will help to boost nitric oxide production and shift unwanted ammonia, reducing muscular fatigue in the process. Meanwhile, malate will facilitate aerobic metabolism, making sure your muscles receive enough energy to handle your longer workouts.

What is citrulline malate?

Citrulline malate is an amino acid which is involved in the production of Nitric Oxide, which improves blood flow.

How much citrulline malate should I take before a workout?

What are the benefits of citrulline malate?

Does citrulline malate have any side effects?

Citrulline malate does not have any known adverse side effects.

And how they keep your gut in check.

How To Build Muscle On A Keto Diet

Find out if it's really as tough as people say.

What Are The Best Sleep Supplements?

Help Us Deliver Over A Million School Meals To The…

This Expert Shares How To Nail Your Morning Routine…

High Antioxidant Foods To Introduce Into Your Diet