Caffeine is a naturally occurring compound, commonly found in over 60 plants, such as cocoa beans, tea leaves and coffee beans.  Due to how readily available it is, it is widely used by millions across the UK every day, as a way to enhance concentration and focus.

An estimated 70-90 million cups of coffee are drunk per day. [1,2] Despite coffee often being the first thought when thinking of caffeine, it is also present in tea, with the nation drinking around 123 million cups of tea each day! [2].

Caffeine also comes in supplementation form, often fused with vitamins and minerals to further reduce tiredness. For example, Myamino Energy combines natural caffeine with a blend of BCAAs and 7g of amino acids to help to reduce fatigue and contribute to normal carbohydrate, protein and fat metabolism. Or if you’re looking for a quick-fix, Caffeine Sticks are great pre-workout!

Where will you find Caffeine?

How does Caffeine perk you up?

As you go about your daily activity, your brain slowly releases a chemical known as adenosine which binds to adenosine receptors, causing you to feel drowsy and eventually helping you fall into sustained, deep sleep.

The adenosine receptors can’t tell the difference between adenosine and caffeine, so if there is caffeine in your system, the caffeine will attach to the receptors, instead of adenosine. 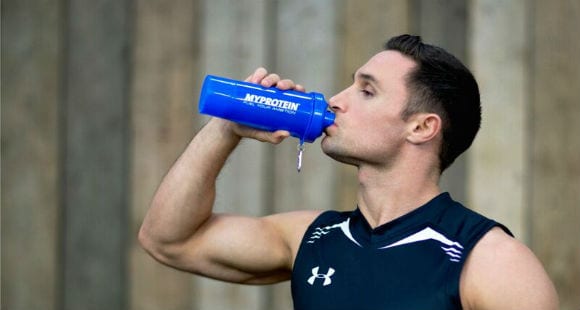 As the brain can’t detect any adenosine, rather than slowing down processes, the attached caffeine now starts to speed many things up.  There is consequently increased neural firing in the brain, and this gets noticed by the pituitary gland (in the base of the brain) which sees all this firing and assumes that there is some sort of emergency.  This then sends signals to the adrenal glands and tells them to produce adrenaline.

When adrenaline is increased, it triggers what is known as the ‘fight or flight’ response, and there are a number of notable effects, including increased blood flow to muscles, increased heart rate, increased blood pressure, and the liver releases sugar into the bloodstream as an extra energy source.  All of these factors can improve both physical and mental performance, and they can all stem from caffeine ingestion!

The Benefits of Caffeine

There are several high-profile beneficial effects of caffeine that are some of the reasons why it is so frequently used by millions around the world.

Generally, studies choose to measure endurance exercise as it is easier to keep power output constant, and just look at exercise time.  There is a substantial amount of evidence supporting claims that caffeine helps endurance when events last between 30 and 60 minutes [4], however, there is less research done on exercise lasting less than half an hour.

Some evidence suggests that caffeine can’t help with 1-rep max efforts, but their research has shown that caffeine can give a 10-11% increase in strength when resistance training using a 6-10 rep range [5].  This shows that there is potential for caffeine to be used alongside hypertrophic training when looking to build muscle!

The exact mechanisms for how caffeine helps to burn more calories isn’t fully understood, however, there is evidence to suggest that this does occur.  For example, one study gave participants either 100mg, 200mg, or 400mg of caffeine and measured participant’s energy expenditure.

The study concluded that there was a dose-response relationship, meaning that the higher the dose of caffeine, the higher the energy expenditure [6].  If participants were using more energy, then this will contribute to increased calorie burning in the body. 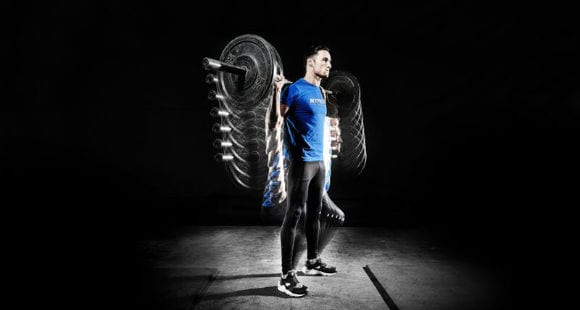 Aside from physical responses to caffeine, it is also able to improve your mental ability.  Some research was carried out on sleep deprived U.S. Navy Seals, where they were given caffeine, and then completed some cognitive tests 1 hour and 8 hours after ingestion [7].

Doses of 200mg or 300mg were able to significantly improve choice reaction time, self-reported fatigue and sleepiness.  The effects seen were strongest at 1 hour, but there was still a significant effect of caffeine 8 hours after ingestion.

As we have already discussed, adenosine gets produced in the brain throughout the day and contributes to tiredness.  One of the main effects of this adenosine is to reduce the amount of the chemical ‘dopamine acetylcholine’ in the brain.  As mentioned, if there is caffeine in your system, the brain can’t detect adenosine, so this means dopamine levels increase.

Dopamine is most well-known for reward-motivated behaviour, and so it can help give you that extra push, even if you know the chances of reward at the end are low.

It is worth noting that in all of this research, participants ingested caffeine in the form of tablets, or capsules, rather than via coffee or tea etc.

When to take Caffeine

The speed that caffeine is metabolised into your system can vary depending on genetics, and also whether you are new to caffeine (caffeine naïve), or you have started to develop caffeine tolerance which is discussed below.

It is possible that caffeine is absorbed quicker on an empty stomach, however, this has also been associated with indigestion in some individuals.

Generally taking caffeine about 45 mins to an hour before exercise seems to be appropriate for maximal effects! 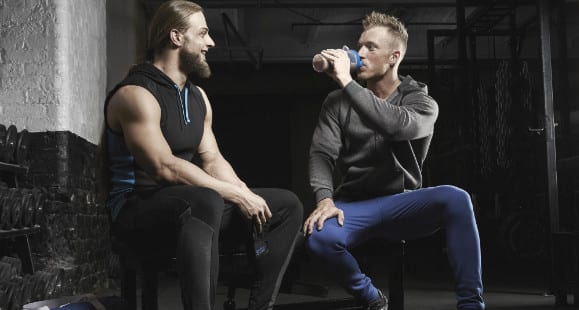 >> How much Caffeine to take:

This largely depends on the individual, and for a naïve caffeine user, it is definitely better to start with a small amount such as 50-100mg and see how you feel.  Then you can increase usage as appropriate.

Many studies find 200mg to be the optimal amount to take at a time, but there is a dose response relationship between caffeine and a lot of its effects.

Excessive and regular use of caffeine, however, can lead to developing caffeine tolerance.

Side effects of Caffeine

Before taking caffeine, caution should be taken if you are not accustomed to the substance, or if you have heart problems/high blood pressure.  Care should also be taken if pregnant, and advice should be sought from your healthcare professional before consumption.

Caffeine is a diuretic, which means that higher volumes of urine may be excreted, so to counter this you should increase your water intake.

Caffeine tolerance is when the body starts to adapt to its regular caffeine intake, and the same amount of caffeine won’t have the same effect as it once did.  In response to this, many people simply increase their intake in order to feel the same benefits, however, the body will soon adapt to this new intake too.

The good news about caffeine tolerance is that it is frequently reversible, and can be accomplished simply by reducing caffeine intake.  If you take the ‘cold turkey’ approach, you may experience headaches, in which case it may be better to slowly reduce intake by a cup/can of tea/coffee/energy drink each day.

There is evidence to suggest caffeine can improve physical and mental performance, increase fat-burning potential and even improve motivation.

✓ 200mg of caffeine is frequently quoted as the optimum amount to take at once.

✓ Caffeine should be taken 45-60 mins before a task for maximum benefits.

✓ Excessive caffeine consumption can cause tolerance, in which case intake should slowly be reduced using the discussed methods.

Meet Lucie: Flipping Anxiety On Its Head With…

What Is Casein Protein?

The Gluten Free Diet | Is Gluten Bad For You?

Keeping Your Brain Trained | A Guide To Mental Wellness