With Wimbledon just around the corner, it’s the perfect time to brush up on your tennis player knowledge in time for the big event. We take a closer look at the men’s and women’s singles champions over the last 50 years to find out what really makes a win-bledon champ.

It seems it’s lonely at the top as 81% of all Wimbledon winners weren’t married at the time of winning the prestigious award.

Not just that, but over 89% of all champions also had no children, giving those living solo a huge advantage.

The research also revealed that those with more attention growing up are much more likely to lift the trophy, as almost 60% of past winners were either an only child or had just 1 sibling.

Disappointing news for Brits though as, thanks to the likes of Pete Sampras and the Williams sisters, USA tennis stars are 11 times more likely to win Wimbledon than their British counterparts!

We compared the average age at the time of winning, star sign, relationship status, height, weight, and much more of the men and women who have won Wimbledon since 1968 as the open-era started, to find out what really makes a Wimbledon winner.

When looking at those who have won Wimbledon more than once, however, the player profiles change slightly. Male repeat champions typically have blonde hair and blue eyes, whereas the average champion has brown hair and eyes. Although male repeat winners are also typically in a relationship at the time of winning, the majority of repeat champions (81%) didn’t have children when they won the title.

The female players who have won Wimbledon multiple times are the heaviest player profile, averaging a weight of 67kg as opposed to the average 66kg or the 64kg that one-time Wimbledon winners typically weight. This suggests that a heavier build and therefore more power is very important to becoming a women’s repeat Wimbledon champion.

Having a solitary lifestyle is more important for male champions who have only won the title once. The results show that these are the only players who, on average, are single at the time of winning and who don’t have children. In contrast, the women’s one-champions average as the only player profile with Australia and not the USA as the country of origin (straya!).

Which Tennis Champ Are You? 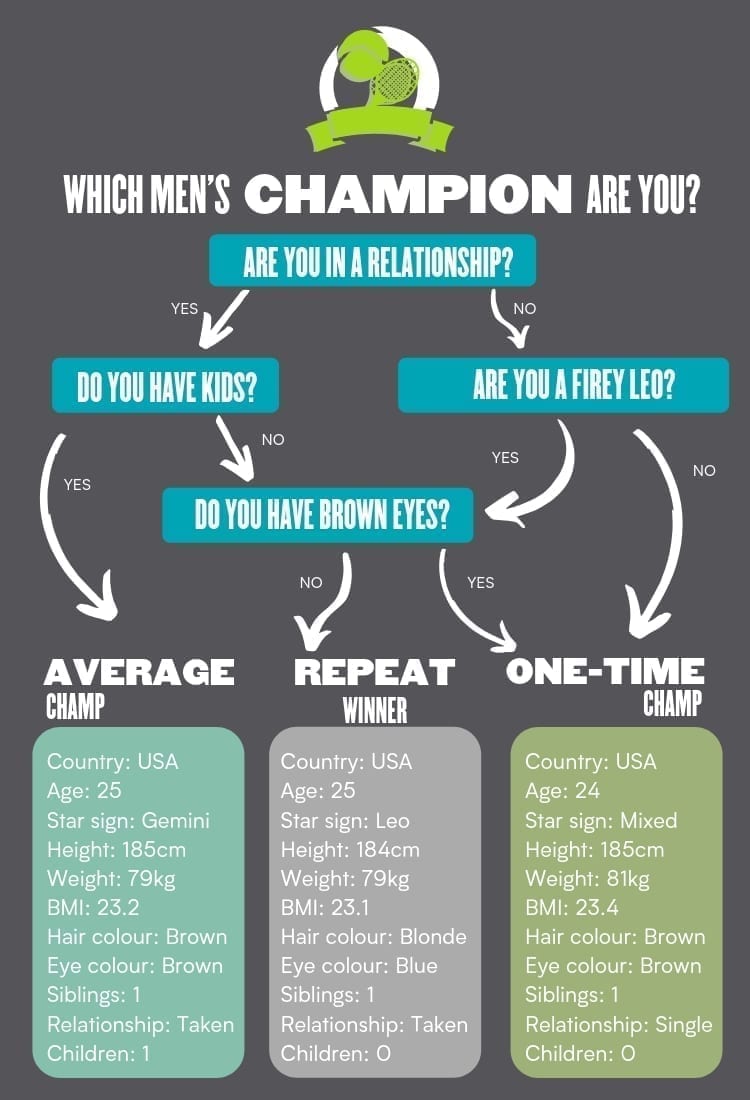 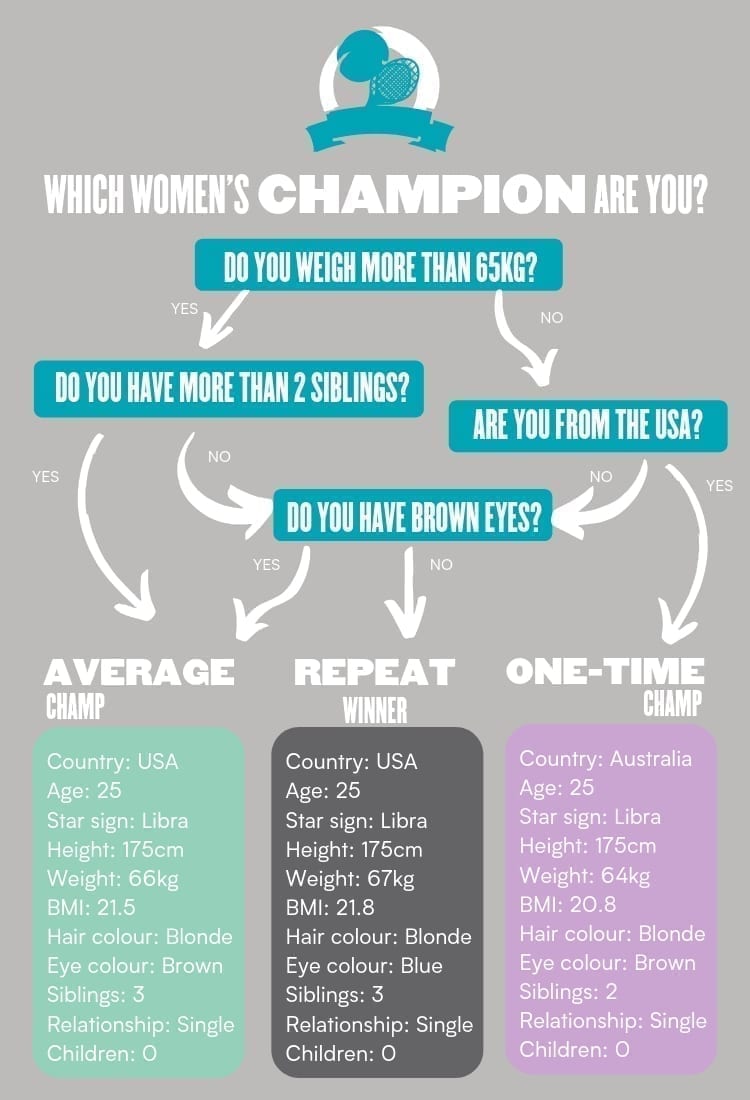 Our results show that there are a few different types of people who typically win Wimbledon, but which one did you fit best in to? If you really want the best odds of becoming a Wimbledon champ you should be a healthy 25-year-old from the USA as a starting point. For men, you should aim to be in a relationship or married, and have a least 1 child in your family for the best odds of winning. When it comes to women, however, it is better to be a singleton without children and to have a big family with at least 3 siblings to secure your Wimbledon success.

Victoria has a master’s degree in English Literature. She loves doing unconventional workouts like pole fit, which she’s done for the past four years. She’s also a passionate foodie, so in her spare time, you’ll find her trying out the newest restaurants in her home town.