“Life is made up of tiny moments, but the choices we make in the tiny moment’s shape who we are.”

I grew up in Birmingham. At school, I was skinny and somewhat scrawny, but I was very quick on my feet and played a lot of sport. I ran long distance races, rock climbed, skied and played rugby and I’m proud to say, despite being the smallest guy on the pitch, I never missed a tackle.

Ever the geek, I love technology. Since leaving University, I now have my own tech company. We design and build apps and websites that do very cool things.

When I was 19, I decided I wanted to bulk up and add some muscle to my skinny frame and so I started hitting the gym. I’m a natural ectomorph (slim and lean) so I’ve always found putting on and keeping size quite difficult. But I was determined to develop muscle definition.

I’ve now been gym training for 4 years and it’s become something of an addiction. After watching the likes of Ryan Terry and Jeremy Buendia compete at the Men’s Physique Mr Olympia in 2015, I was inspired. I made the decision to compete. I entered a high profile National Physique competition, stuck to a gruelling 12-week prep, shredded my body fat to sub 5%, stepped on stage against 30 other guys and won!  But sadly, this wasn’t to last… 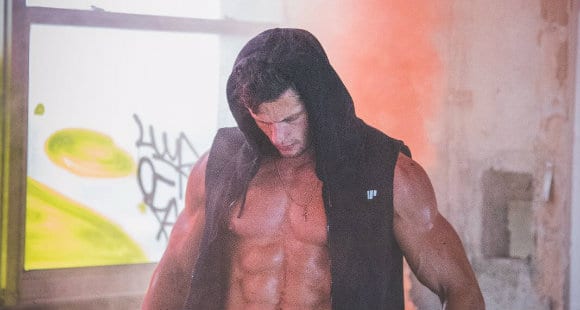 New Year’s Eve 2017, I had gone out with friends for a meal and to watch the fireworks in town. On my way home, I stopped off to use a cashpoint on the side of the road. After I got my cash out I heard a commotion to my left. When I turned I saw a man violently chasing a girl up the street whilst hurling abuse at her. The girl looked terrified and upset and was trying to run away. I called over and shouted at the man and he looked at me. I then stepped between them, without hesitation, the man drew a knife.

He came straight for me and started slashing. When it happened I moved my body off the line of his strike and grabbed his arm. The knife caught me in my shoulder and then again on my side. Instantly I felt winded, I was weakened but he was still slashing at my back, hip and leg, anything he could get to. Fighting for my life I wrestled him to some railings, grabbed the knife and his arm was slashed in the struggle. The fight broke up and he stumbled back. Still breathing heavily, I picked up the man’s hat, staggered to my taxi, and told him to take me to Hospital.

I started to feel faint. The flashing street lights became a blur as my adrenaline started to run out. I took off my jacket and clutched my side but when I applied pressure, I realised I was not going to control the bleeding.

When we arrived at the hospital, I was rushed into theatre, I vividly remember asking one of the nurses how bad it was. He said he didn’t know, just that it wasn’t looking good. Dazed and groggy, I woke up in ICU to the beeping sound of a hospital monitor and the bright clinical lights.

During the attack I was stabbed 12 times, I suffered a lacerated stomach, a severed spleen, severed diaphragm and a punctured lung. I have now been told that my diaphragm is paralysed, meaning that my left lung does not inflate. This may never recover. The news about my lung hit me hard. I was told I would never be able to compete and I spiralled into depression. I went into a dark and lonely place.

I spent the next 5 days in intensive care, and then the following 2 weeks in a hospital ward drinking my meals from a straw and being struck with more needles than a dartboard. I hated it there. Each time the Dr’s and Physio’s would do their rounds I’d tell them there was no pain, and that I was fit enough to go. When I was eventually discharged, the mental battle was just as challenging to overcome than the physical, I suffered spells of PTSD and anxiety but I was blessed to have my friends and family around to support me. 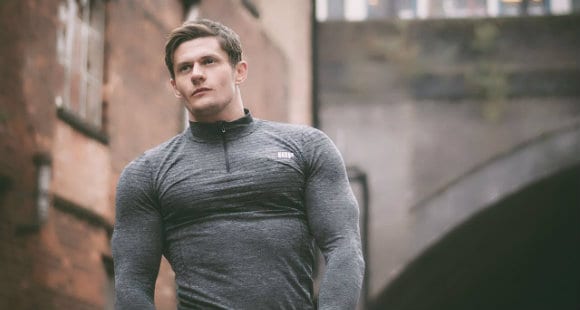 3 weeks later, I was weak and frail, but against the strict recommendation from my doctor I forced myself out the house and went to the gym. I couldn’t lift anything but I just wanted to be there. I had lost 15kg from muscle wastage and my body fat % went up to 22%. Many people looked at me in disbelief but I was determined not to let this beat me.

The constant reminder of just how weak I had become was what drove me to recover. I had been here before when I first began my training and I knew over time I would get stronger. Though I did think about giving up, I knew what I was able to achieve and THAT is what kept me going.

3 months after the attack I was back into my training routine, I set myself a very specific goal: to get back in shape for the BodyPower Expo 2017. I had written myself a comprehensive 12 Week Diet and Training Revival Programme. I would do a 6-week lean bulk followed by a 6-week cut and would document my progress each step of the way. 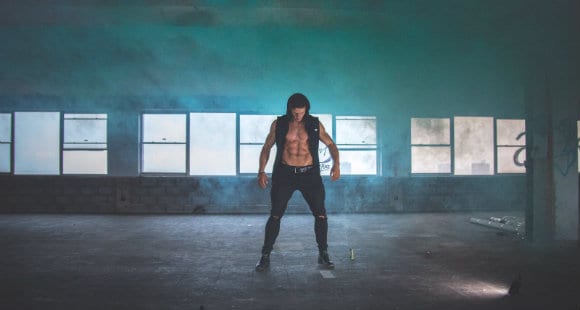 I am proud to say, I am back training fully, lifting heavy and feeling strong. From my muscle wastage, I have now added new lean muscle definition. I have rehabilitated. My scars are a constant reminder that I was stronger than what tried to defeat me. Due to my paralysed lung, I now, therefore, need longer rest in between sets. I’ve replaced HIIT Cardio with LISS Fasted Cardio and have been making steady progress.

My core is still weaker than before due to the surgery and so I have incorporated new core exercises to account for this.  I’ve adapted my training in order to overcome. My recovery has tested both my physical and mental strength, but if it has taught me one thing, it is that we are all stronger than we really know. We don’t truly know our limits until we have reached them.

Recovery is a state of mind. Don’t listen to the people who tell you you can’t. If there’s something you want, don’t get defeated or disheartened if you don’t get it at the first attempt. Find your limits, and then take note. That’s your goal. That’s what you are aiming to beat next time. Will you choose to let your failures destroy you? Or define you?

Charlotte is a fitness and nutrition writer and blogger based in Manchester. Her articles have been featured in Cosmopolitan and the London Evening Standard.

How To Eat More Fruit & Vegetables

The Truth Behind Hydrolysed Protein | What Is It Good For?

Caffeine Supplements | The Effects of Drinks,…