If you were glued to the TV last weekend with the Six Nations kicking off, you might be wondering what it takes to get to that kind of level in rugby. So, we thought we’d offer an insight into what day-to-day training is like on a pro rugby team.

They’re a team that’re close to our hearts — and we mean that literally (because their home ground, the AJ Bell Stadium, is just a few minutes down the road), but mainly for the fact that they’re such a fierce squad of successful, dedicated athletes… and that’s what we’re all about.

We caught up with their Head of Sports Science and Senior Strength and Conditioning Coach to get an idea of what pro rugby training looks like. 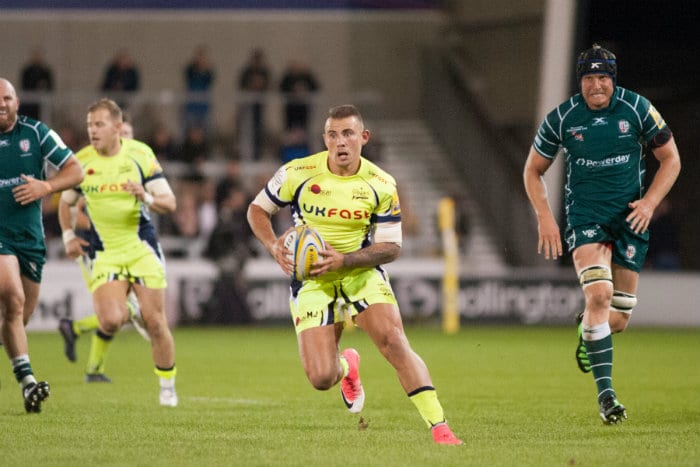 There’s no doubt about it, looking after a squad of Premiership rugby players is a full-time job that requires dedication and focus. The Sharks have a highly qualified team on hand to make sure every part of a player’s training, nutrition, recovery and wellbeing is taken care of.

Rick Swaby is the Head of Sports Science, and Senior Strength and Conditioning Coach for the Sharks. He’s responsible for helping the players improve their fitness (including speed, strength, and power), and for developing training programs for the team. Another key part of his role is to try to prevent and reduce injury.

After a bit of a training hiccup when Covid hit last year, professional rugby is back in full force, and so the training has to be too.

Pre-season training is not taken lightly. Swaby tells us that the team can train up to three times per day — five days a week… We’re tired just thinking about it.

This training includes sessions in the gym, field conditioning, speed and agility, skills, and practice as a rugby team.

Off-pitch training is often highly dependent on the individual player and their specific focus in the gym; however, the majority tend to work with an upper and lower body split during the pre-season — rather than targeting one specific muscle group.

Swaby explains, “If we have an underdeveloped player who needs to put on muscle, or a player with a long-term injury, we may opt to go with a more traditional muscle group approach for a period time. However, there is much more that can be done in the gym from an athletic development perspective than just lifting heavy weights.”

The intensity of training cools down a bit during the season, and the team will typically train twice per day, three times a week — but this is all dependent on turnaround times between matches. 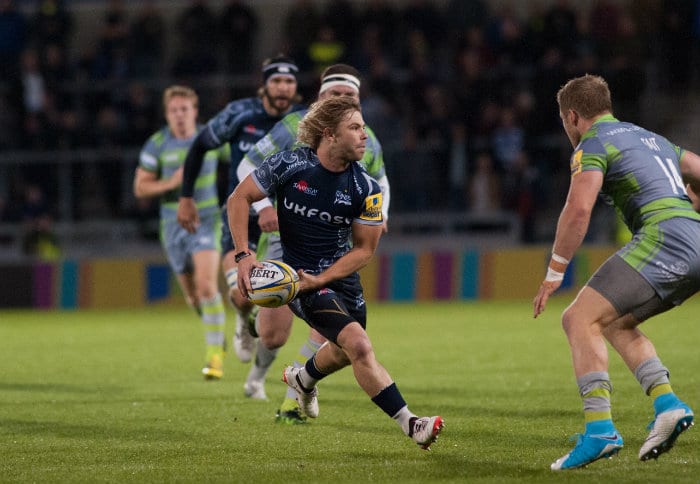 How do you prevent against injury?

After weeks of such a demanding training schedule and following a careful diet plan, it must be a player’s — and coach’s — worst nightmare to see it all go to waste because of an injury that leaves them unable to play.

Swaby says, “The whole program is built around keeping players robust and building a tolerance to help keep them injury-free during the season.”

He explains that the on-field sessions during pre-season play a part in building aerobic fitness, and the reason why they have so many sessions before the season starts is that it sets the players up to be able to handle the combination of matches and training once it does begin.

On the first day of preseason, all players are screened and then this data is what Swaby and his colleagues use to design their positional performance sessions. The focus of these sessions is built around the scorings from the screenings and the injury history of the athlete — pretty technical, right?

He says that they complete these performance sessions twice a week, but include elements of it in training everyday — especially before any use of weights.

They also use sports science systems such as GPS technology and hydration testing to manage a player’s day-to-day program, making sure that what they’re doing is right for that given day. Swaby says that this all helps to “make them a better rugby player and more physically prepared when selection comes around”.

After games, the players have access to hot and cold baths, supplements that are high in protein and carbs, and they’re encouraged to use their compression clothing.

It seems as though they’ve definitely got this base covered.

How important is team morale?

It’s clear that these guys work hard to make sure that each individual player’s needs are properly taken into account when they design both their training and nutrition plans. But in rugby it’s not just the performance of individuals that gets results — it’s how the team works together.

So, players aren’t picked based on ability alone. They carefully consider the players’ characters, specifically how a player’s ability and character will shape the team on and off the pitch.

This is important when building team morale as the players have to be able to trust each other and share the ethos of the club to make it a good environment to be in.

Swaby says, “In our roles, we are always positive with the players. We believe in what we’re doing and as a High-Performance Department, it’s important that we don’t let results effect our daily duties in providing the best support for the players.

We have a tight group at Sale and if things haven’t worked on the pitch one weekend the players will reflect on this, put right what went wrong, and focus on winning the next fixture.” 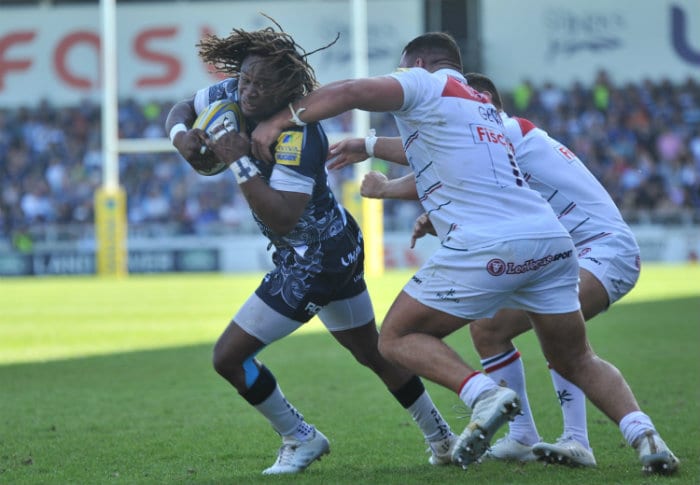 Do they ever get a rest?

We can’t be the only ones thinking this all sounds very full on — do Premiership rugby teams get “rest days” like everyone else?

The answer is of course, yes. In fact, it’s vital for their bodies — and minds — to recover and process everything that’s happened in one match, so that they can then look forward to what they need to do in the next.

“We tend to give players two days off post-game if the turnaround allows it,” Swaby explains, “We’ve seen improved results in the players’ wellbeing when they’ve had two days in comparison to one.”

The players are given time to reflect on the game and watch their individual clips so that they have a better understanding of how they contributed.

Swaby concludes, “Rugby is a physical sport with a lot of trauma due to physical contact, so the correct type of rest days is so important. Rest allows the players to be ready for high-intensity training sessions in between games if needed.” 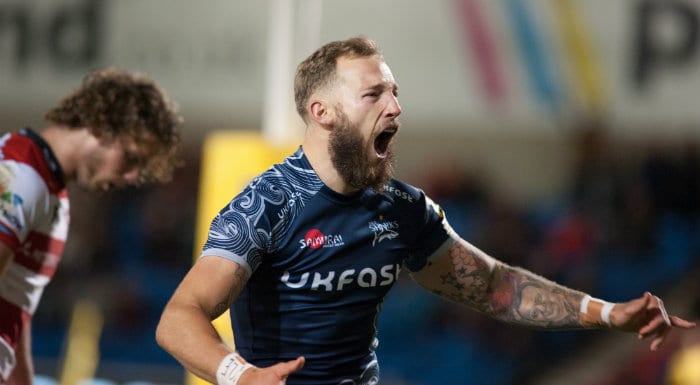 Find out how you can win some prizes this week...

“I Am Not Disabled For Having Less” | Xabi Osa: The Locker Room – Episode 4

See how this athlete refuses to let anything hold him back from achieving greatness.

How Much Protein Do I Need?

The Best Chest Exercises for Mass and Muscle