When exercising or building your shoulders, there are various approaches you could take. As with many workouts, the term ‘shoulders’ suggests there is one muscle to be worked rather than several groups of muscle fibres all serving their own purpose and function. Your deltoid muscle is the rounded triangle-shaped muscle at the very top of your arm where it meets your shoulder. It is often referred to as the common shoulder muscle.

Deltoids, or delts, are comprised of three bands of muscle fibre, which are the three major parts of your shoulder: the anterior (located on the front of your arm, leading on to the chest), medial (the middle slither of muscle that is just off centre when looking at your shoulder in profile) and posterior deltoids (at the back of your arm). To complicate things even more, electromyography reveals the deltoid muscle consists of at least seven groups of muscle fibres, which are independently controlled by your nervous system. 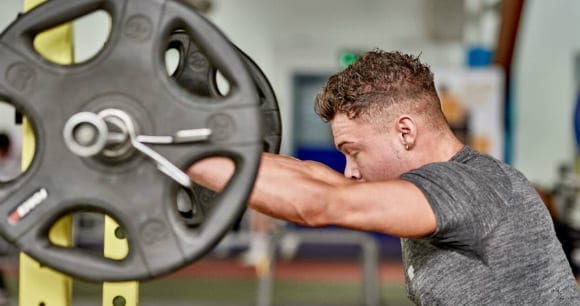 The point you need to take away from this information is that whilst exercising your deltoids for fuller, stronger shoulders, you should think in terms of isolating muscles, rather than attacking them as a whole.

If you don’t, this could be the reason for more pronounced or deflated-looking parts in your upper arm. If you’re not building lean muscle or you have a higher percentage of body fat that means your muscles are less pronounced, it’s a good idea to look at an anatomical rendering of the muscular-skeletal so that you can see for yourself the distinct grouping of the three major muscle groups of the deltoids. This will help you to better understand the kind of movements that will exercise each muscle.

Isolating a muscle means to perform a movement that solely focuses on a smaller muscle group, as opposed to the likes of a compound lift, which will put larger muscle groups to work – for example, whilst deadlifting. 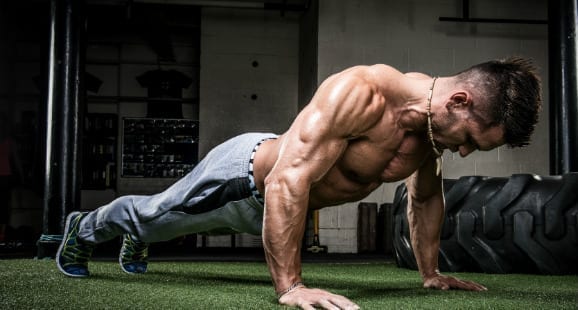 Your delts are used in tandem with other muscles for several exercises. You can take this as a positive and a negative. For example, the anterior deltoid gets trained when bench pressing, meaning it will be more developed than your other delts if you’re someone who favours chest day but doesn’t address the posterior and medial delts to balance things out. This is how your upper arm can appear sunken at the back and more pronounced at the front. If you regularly bench press above all else, this probably means you.

So what do the different delts do? The anterior (front) delt assists your pecs when flexing your shoulder, and works alongside the pecs and lats to rotate the humerus. The posterior (rear) delt assists your lats when extending the shoulder. The answer for many guilty of focusing on only the muscles they can see in front of them is to work some rear deltoid exercises into your routine. The following are a good place to start:

#3 Lateral raise while bent over.

How To Get A Smaller, Slimmer Waist | Top 5 Exercises

Improve Your Upper Back | 10 Top Tips