This article will cover why developing power is important for performance in athletes – and exactly how to develop it!

Though periodisation is an important concept in developing different attributes, it is beyond the scope of this article and this should be used as an addition to in-season training.

We define power here as the ability to rapidly produce strength (the actual term is work done/time). A bigger, stronger muscle has a higher potential to produce more strength. By having a higher strength ceiling, any lighter loads will be relatively easier to move, and thus can be moved faster. Speed as a skill still needs to be trained, but there is much merit to training for brute strength and muscle hypertrophy ([1],[2]).

The need for power in competitive sports is obvious; the athlete that is faster to fill the gap in the opponents defence is better placed to take whatever style ball they play with to the end line. This is just one example of how being a faster and stronger player will help increase the chances of victory.

Being able to apply strength at a rapid rate allows a player to hit harder, accelerate quicker and change direction faster in order react quicker to opposing plays. Clearly, the need for players to improve their power is apparent.

Improvements in power on a physiological level are brought about by having more muscle units to contract (think – a larger muscle has more tissue to contract at any given moment.) >>>

Synchronising contractions are better (if they contract in sync, a muscle will more efficiently move in time.) >>>

Getting To It | How to Develop Power

Improving top speed relies on improving the rate of force production. Yes, some base condition is required- the athlete must be able to finish without tiring, but improving aerobic/anaerobic fitness is relatively easier to pull off.

This article will assume that the athlete has the necessary fitness to do what they need to do, but are lacking speed in doing so. 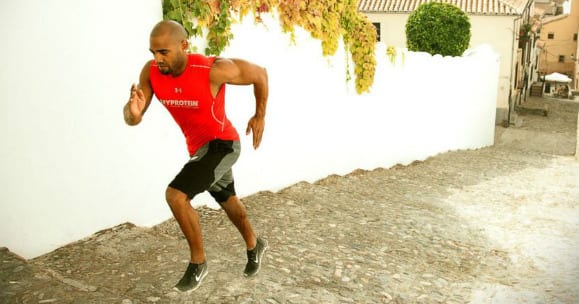 Adding more muscle tissue (sarcomeres) in series will mean that any contraction will be faster. All sarcomeres in a muscle unit will contract at once, so if a longer line of muscle units contracted, then the joint will have travelled a longer distance than one attached to a muscle with fewer sarcomeres in series.

Adding more muscle tissue in parallel (essentially making each muscle unit wider rather than longer) will lead to increased force generation– a wider muscle will have more units contracting at each point in the range of motion, making it stronger.

This increased force generation will result in a heavier resistance being moved. These can both combine to make an athlete more powerful; they will move stronger (which makes the load relatively easier to move) and faster.

Training to reach faster top speeds involves using movements that increase the rate of force production –to do this, try the following training types.

Plyometrics can be resisted movements that can involve accelerating against an outside load – and often just involve the athletes bodyweight. Plyometrics usually involve a jump and are solely concerned with spending as little time on the floor as possible in between each jump- they train the stretch reflex so that the body can rapidly contract and change direction of moving limbs.

One example of a resisted power movement could be weighted squat jumps. These can be done with a barbell, or a weighted vest. Ensure that the athlete is adequately rested in between sets with higher than usual rest times (3-5 minutes) for each plyometric movement- you don’t want to train sloppy!

Here is a list of example of plyometic movements.

* Depth jumps: (jump off a box, followed by a jump for distance

Note: spend as little time on the floor as possible.

An alternative to plyometrics is the inclusion of Olympic lifts- the Snatch and the Clean (or their derivatives- power clean and push press). Again, these power movements are better suited included as lower rep, higher rest, higher intensity movements. You want to train the movement properly, with as little fatigue as possible to ensure that you are actually training power rather than endurance.

The athlete should choose a mix of movements from each section so that all attributes are trained. This allows the athlete some control over their program, increasing adherence whilst ensuring they are training effectively (no excessive upper body pump/fluff routines)

Tricoli et al ([3]) found that athletes that trained with Olympic lifts reached higher top speeds than those that trained with plyometrics. The plyometric group demonstrated higher leg stiffness, however, and better increases in their back squat 1 rep max. This isn’t to say that plyometrics are useless in training to be a faster athlete, as the added strength gains from plyometrics assist in increasing early acceleration (the reason why will be covered in the next section).

? Consideration must also be given to the fact that it takes time to teach an athlete to be technically proficient with the Olympic lifts, whereas plyometrics can be picked up quickly and easily.

? What we can take from this that an athlete needs to use different forms of training to ensure that they are fast off the mark but also able to reach higher top speeds.

Faster runners were found to have lower contact times with their feet to the floor, and were also found to have a higher stride frequency.

What this means is that they are touching the floor more often (due to the increased number of strides), but are in contact with the floor for a shorter time ([4]). 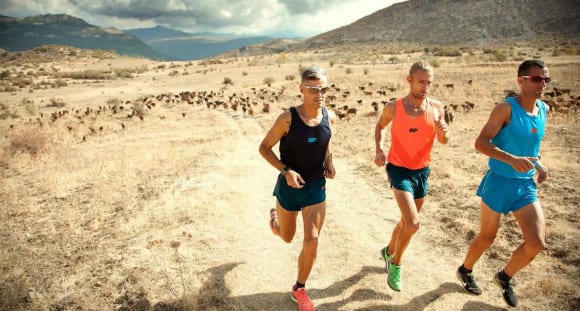 Lower contact time and increased number of strides will allow a better acceleration rate, meaning that the runner will be able to reach top speeds quicker. Training strength appears to help with early acceleration too, as the stronger athlete is better suited to pushing their body from a dead stop off the ground with each step ([5]).

Early acceleration is a desirable trait if the athlete is required to make quick changes in direction- the ability to stop and rapidly reach high levels of speed from this stop will decide if a player is able to pull off the play or not. Therefore, to train the athlete to be better suited to pulling off agile changes of direction the athlete will need to work on strength training as well as drills that focus on shortening the time each foot spends on the ground.

? Training the squat (I recommend the high bar squat or the front squat to focus on the quads) with a heavy weight for fewer reps will allow the athlete to increase their strength and thus their early acceleration.

The athlete should also spend time turning this increased strength potential into increased agility. I recommend doing ladder drills. One ladder drill you can do is to do as many steps as you can on the spot in five seconds (really hammer the floor, but ensure that you use your calve muscles to rebound and fire off again but ensuring that your toes touch the floor first as the foot lands, and last as the foot rises), and move up the ladder every five seconds. To make this drill even more effective, you can change the direction that you do the drill by 90 degrees (turn right, at a right angle).

Perform each ladder drill for around 15-30 seconds- keep it short to ensure that you are training speed and technique over endurance. Another ladder drill you could do is to do a high knee run over the ladder, making sure to spend as little time on the floor and as much time in the air at each ‘rung’

? Research has shown that doing certain types of training in order will increase the performance of following movements ([8]).

For instance, heavy back squats will increase the power of Olympic lifts, and Olympic lifts can help improve the speed produced in plyometrics or sprints ([9]). Rest of around 4-7 minutes is needed; you don’t simply do some squats then immediately try to sprint ([10]).

To sum up- either make use of bands and chains in conjunction with barbell training. An alternative is to combine strength training with power training such as Olympic lifts (the clean, snatch and push press) or bodyweight movements such as jumping or ladder drills.

Perform movements in a circuit (utilising the SPPC), with rests lasting round 5 minutes in between to increase the subsequent performance of the following movement (another words, don’t do several sets of one movement, then move to do several sets of a different movement). Finish with correctional stretches, a cool down and any core training you wish to do.

A full strength and power session can look like this:

1) Warm up, to include dynamic stretches

2) Squats for strength or speed

Repeat the above sequence for as many sets as you want (3-8 depending on training age/experience). Follow up with core training (Pick 2-3 movements, keep them light and don’t use excessive volume) Don’t forget to stretch and cool down! 8 Essentials For Your Home Gym

Boosting Metabolism | Can I Speed Up My Slow…