The posterior chain consists of traps, back, glutes, hamstrings and calves; a segment of the body that can be unintentionally neglected all too often.

For the most part, people with desk jobs rest on their glutes all day which eventually leads to them becoming reliant on their quads or becoming ‘quad dominant’. Here the glutes have lost their prioritised role of generating hip extension and stabilisation.

What Is The Posterior Chain?

In its simplest form, the posterior chain is the rear side of your body and is comprised of six muscles; the external obliques, the erector spinae, the calves, hamstring muscles, multifidus and gluteal muscles.

Within these muscles the most common movement is the hip extension. Developing a poor posterior chain can eventually lead to the following injuries/health scares;

Poor posture can be caused by insufficient glute/hamstring activation and hip flexor strength. These flaws will eventually lead to an anterior (forward) pelvic tilt which will in turn effect the spinal position. This spinal curvature can lead to sever muscle imbalances and more relevantly; poor posture.

The muscles that can cause this poor posture if they are not firing efficiently – are all involved in the posterior chain (glutes, hamstrings and hip flexors). So therefore, if we train these muscles and strengthen them adequately, there is a decreased chance that we will develop poor posture problems! 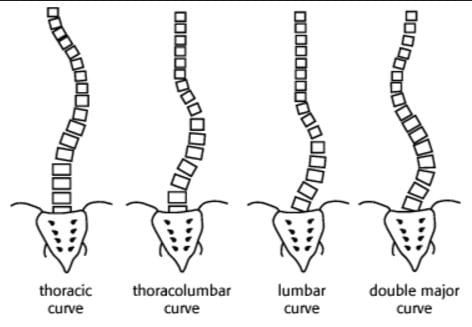 In regards to the previously mentioned point, any thoracic spine curve will originate all the way back to poor core stability or activation. Many people believe the word core describes a six pack. In truth, the core is made of your Transversus Abdominis (TVA), pelvic floor, obliques, diaphragm and multifidus. In lay language; posterior muscles such as the lower back, glutes and hamstrings are all essential parts of your core. The back end of the core must be developed as well as the front end. Having a strong core will increase your strength potential, reduce injury likelihood as well as a host of athletic performance aspect benefits.

The hamstrings and lower back are quite common injury site points with athletes, therefore it would be beneficial to recommend training your hamstrings and lower back to prevent them from getting injured so much. Furthermore, having extremely strong quadriceps but poor hamstrings/glutes will put serious stress potential on your knee joints, in turn increasing the likelihood of ACL injuries. Developing your glutes and hamstrings will prevent this as it will strengthen the muscles respectively and reduce the stress placed previously on the knee joints.

Almost every athletic movement you can think of involves the posterior chain one way or another, whether it be a jump, a side step, a leap or a deceleration. Some researchers have suggested that developing your posterior chain will also improve horizontal power and top end speed; two of the most prevalent attributes to have in almost any sport. Correspondingly, training the anterior chain will develop acceleration, deceleration and the vertical jump, instead. Additionally, sprinters all have large glutes This is due to the fact that they are the most powerful muscle group and are at the forefront of power rate development throughout top speed sprinting.

Finally, there is little logic to this one.

Develop both the anterior chain and posterior chain of your body for an overall symmetrical physique!

Posterior chain training is something that should be incorporated weekly into your training split; here are a few exercises to get you started!

These exercises are designed to target each separate muscle comprising the posterior chain. Try choosing one exercise from each section to create the ultimate posterior powered workout! Each exercise has a variation wherever possible.

? Hyperextensions (also effective for the erector spinae as well as the multifidus)

Here are some just as effective bodyweight exercises for you to do that will allow you to be at the comfort of your living room whilst strengthening your posterior chain! 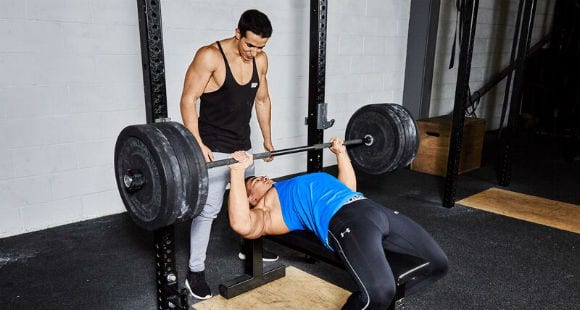 Throughout a workout, try and balance between your anterior chain and posterior chain. For example, try combining chest and back together; here you are going to emphasise the front and the back of your body whilst also incorporating a balanced push/pull scheme and furthermore burn a load of calories all at the same time!

To ‘balance’ that example out, apply the same for when training legs. Ensure to incorporate some glutes, calves and hamstrings, in addition to training your quads. After all, if you want to incorporate performance to your training as well as aesthetics, the hamstrings and glutes are two of the most fast twitch fibre denied muscles you can find, meaning that as I previously mentioned, they are extremely powerful and fast for athletic movements such as sprinting, bounding and throwing.

However, to complicate things even further; even outside of the gym we can become still quad dominant by being sat on our glutes and reducing our hip flexor and extension accessibility. To prevent this, try moving about as much as possible throughout the day – even if it’s standing up at your desk and/or taking a quick walk.

To conclude, don’t neglect your posterior chain and give it some love.

But like anything, it’s important to keep a balance – including your training routine.

Working From Home? We Got You Covered With These…

How To Keep Your Non-Sporty Child Active