Most of us are looking to achieve a leaner and more defined physique. For men it’s typically to get that ‘X’ frame look; broad shoulders and chest, narrow waist and thick legs, while women mostly want a narrow waist but to also sport some killer curves where they count!

What both of these looks have in common are that they require a fairly low level of body fat, with some muscle (yes ladies, to get a perky set of Glutes your butt muscles have to grow!) It’s therefore sometimes hard to decide what form of training is best to achieve this look.

While cardio is great for fat burning, resistance exercise is essential for muscle growth.

Now, you could combine the two methods, but this may not be the best approach as both resistance exercise and cardio can actually counter the effects of one another.

So what if you could combine the benefits of both types of exercise, achieve a massive fat burning effect, promote muscle development, boost your metabolic rate for up to 36 hours after your workout, and enable you to spend only around 30 minutes in the gym?

What is Metabolic Resistance Training? 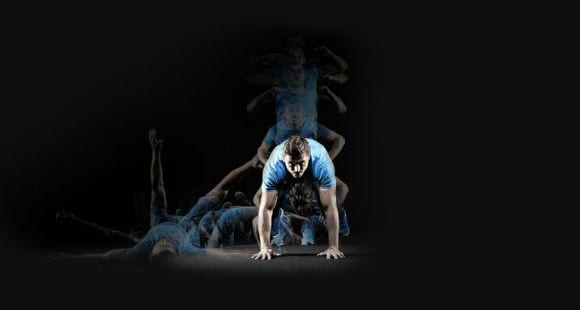 MRT routines can be done using your own bodyweight, dumbbells, barbells, kettlebells, medicine balls, sandbags, battling ropes and any other form of resistance you can think of.

One of the main benefits of MRT is that it can be different from your normal training, interesting and even fun at times, so it can also be a good way to introduce some variety in to your training programme that’s both time-saving and time-effective.

The difference between MRT and normal resistance training

What differs MRT from your typical resistance circuit is that during MRT you’ll only be using one form of resistance throughout the entire series of exercises. So, for each round, you’ll complete one exercise, straight to the next, then the next, and so on, until the round is complete.

The exercises flow and transition smoothly from one to another until finally at the end of the round you can rest, but not for too long…. You’ll complete around 2-5 rounds depending on your level of fitness and how sadistic you’re feeling! MRT is one of THE most effective fat burning strategies out there, but also one of the hardest.

From experience your heart rate will reach very close to 85-95% of its maximum, your lungs and your muscles will be burning, and all because your energy systems will be working overtime to keep up with what MRT demands off you!

How does MRT Work?

It’s simple, you lift weight fast, non-stop, for as long as the entire round of exercises take you, around 1-2 minutes depending on the routine.

? MRT causes a lot of excessive post-exercise oxygen consumption (EPOC.) Because of this, your metabolism will be significantly spiked and continue to burn calories, even when you’ve left the gym. Some studies say for up to a whopping 36 hours!

? MRT is a form of resistance exercise, and if a form of progressive overload is used (i.e., striving to lift a little more, or do an extra few reps every training session) your body will respond by increasing strength and lean mass, as it would do with any weights session.

When trying to drop body fat and consuming a lower amount of calories it’s very hard to maintain strength levels and lean muscle mass, however MRT also has a ‘muscle sparing’ effect, unlike traditional cardio exercise which can ‘eat away’ at muscle tissue.

Always start with the most complex exercises first.

The main aim for any MRT programme is just to be able to get through to the end of each set of exercise without giving up, or your movement becoming sloppy.

? You should pick exercises that you’re comfortable doing in a ‘normal’ programme, as during MRT you’ll be moving a lot quicker and therefore technique will be a lot harder to control.

? Exercises should ideally be performed in a descending order from most- to least-complex with the most demanding being performed first.

Just think for a second; why would you ever put something like a Power Snatch right at the end of your workout!? There’s “hard” and then there’s just plain stupid! This rule can vary person-to-person, so exercises aren’t always set in stone, but experiment to see what order of exercises suit you the best. 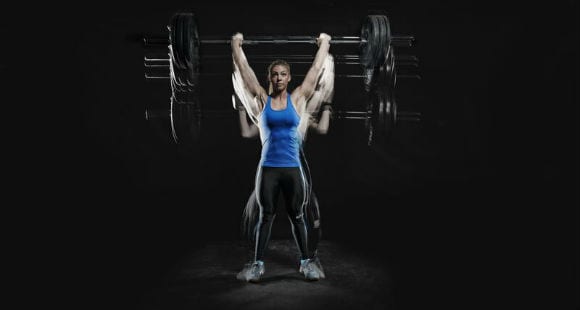 Include things such as: The Olympic Lifts and their higher-skilled variations (Full Cleans, Full Snatches, Power Cleans and Snatches, Jerks and so on.), Overhead Squats, and any other high-skill multi-joint movement. You don’t HAVE to use these exercises, but if you do the idea will be to do them first.

Could include: ‘introductory’ Olympic Lift variations like Cleans and Snatches from the hang position, High Pulls, Push-Jerks and Push-Presses. Other moderate skill movements include Back and Front Squat variations, and Deadlifts, albeit a little less complex than the Olympic lift variations. Other exercises might include Sandbag or Kettlebell Cleans, Kettlebell Swings, Kettlebell Snatches, and Turkish get-ups.

Include: Basic lifts such as Overhead Presses, Bent-Over Rows, and many bodyweight and ‘assistance’ exercises.

You should pick exercises based on your level of competency, but the rule of thumb will be to always start with the hardest exercise for YOU to complete, and end with the easiest.

Exercises should ‘flow’ from one to another

During a normal resistance circuit, typically you’ll put things down and pick other things up quite a bit. The beauty of MRT is that there’s no time lost transferring from one implement to another.

During MRT the idea should be that exercises ‘flow’ from one to another, there’s a smooth transition between exercises, and the weight or form of resistance shouldn’t have to be changed during each round.

If this is a hard concept for you to grasp, then just take a look at the sample programme below, imagine performing it, and vision how each exercise flows from one to the other. 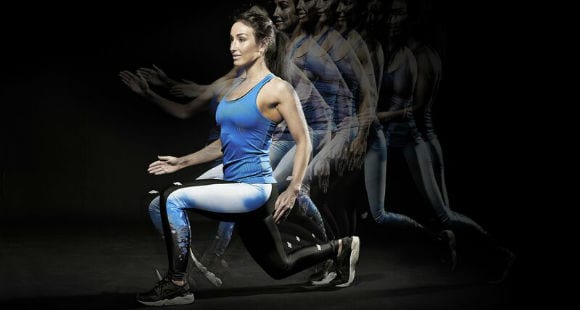 Select a weight or bodyweight movement that will allow you to complete 10-12 repetitions on your weakest exercise, or for no longer than 45 seconds of work

This rule is generally aimed at beginners and for those that haven’t tried anything like MRT before. MRT circuits are brutal!

For each round you’ll be working for about 1-2 minutes at a high intensity, so choosing a weight that you can lift for 10-12 reps, and doing fewer, around 6-8, will make sure that there’s a little gas left in the tank for when it gets harder.

By imposing the 10-12 rep max rule based on your weakest exercise you should be able to do 6-8 reps of each exercise all the way through to the end. For beginners this weight also allows for good technique and for form to stay tight throughout.

Now that hopefully you understand a little more about the idea behind MRT, and how it could both save you time, and get you the results you’re after; here’s a sample training programme that does just that.

This sample bodyweight programme can actually be done pretty much anywhere, even in your living room, so no excuses not to give it a go.

Repeat the entire round of exercises again 2-3 times for a total of 3-4 rounds.

Session done, top it off with a protein shake, get on with the rest of your day!

This is a two-part article, and in the second part we’re going exercise crazy!

You’ll have another six MRT programmes to choose out of, from Barbell routines to Kettlebells, with around 30 new exercises to learn. You won’t want to miss it, so keep your eyes peeled and your muscles at the ready!

Walking With Your Partner Could Be Slowing You Down…

Introducing BeNu: What To Expect From Your Complete…

Top Tips For Developing Your Hamstrings

Nutritionists Review The Most Popular Diets of 2021 So Far