We’ve all heard of the 10,000 daily step target. And we’ve all bragged when we actually manage to hit it. But new research from the American Heart Association has revealed that increasing your steps even by just 1000 steps daily has a positive impact on your lifespan.

In fact, the research has uncovered that you don’t even have to go out on a big hike to feel the benefits of getting some steps in. Smaller movements appear to have just as big an impact. We’ve got all the details of what the researchers found in this study, and how they found it, here. 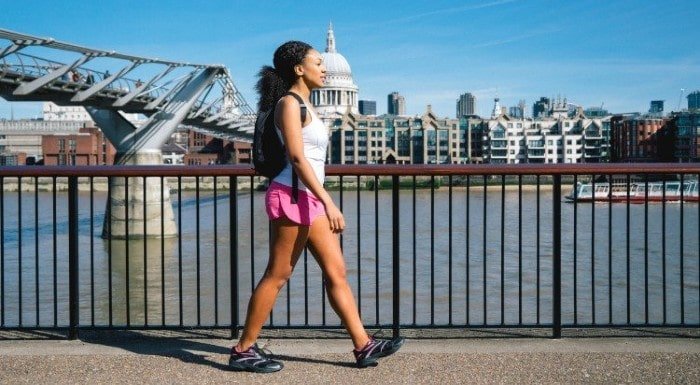 Between 2011 and 2015, 16,732 women over the age of 60 had their daily movements measured by a waist step counter.1 The women’s activities were then divided into two groups – those who usually do 10 minutes or more of walking in one long bout, and those who usually do shorter bouts of walking like taking the stairs or hoovering the house.1 They then recorded any deaths from the group in the following 6 years.

Perhaps the most interesting finding in the study saw those who took more steps in shorter bouts lived longer “regardless of how many steps they had in longer, uninterrupted bouts”1. And in this group who did shorter bursts of walking, the benefits appeared to “level off”1 after 4,500 steps a day.

So 10,000 isn’t necessarily the magic number for steps. Even just increasing your step counter by a few thousand has positive impacts on your health.

It is important to note that this study only looked at white women over the age of 60, so further studies on different demographics are needed.

Need help getting out on that walk? Try out our walking playlist here…

Don’t beat yourself up if you’re not hitting that 10,000 mark. A couple of thousand is definitely better than nothing, and this study demonstrates the benefits on just getting 2000 more steps in. Get out on that extra walk where you can, and move around where possible, even if it is just doing the hoovering.

How much exercise should you really be getting?

Macro Calculator | How To Calculate Your Macros For…

From Malawi To Manchester | Getting To Know…