Although there is no way of eliminating the sickness during and the aches after a hard leg day workout, there are certain tips and tricks that can be applied to improve the returns you get from your efforts on the gym floor.

It is not uncommon to see individuals loading up a heavy squat bar, and then bend the knees half way before coming back up.

It has been shown that only performing partial repetitions equates to significantly (16% vs. 26%) less strength increases than performing full range repetitions (Pinto et al., 2012). Therefore, it should be a priority for any serious weight trainer to make sure they are squatting to full range and that means deep! 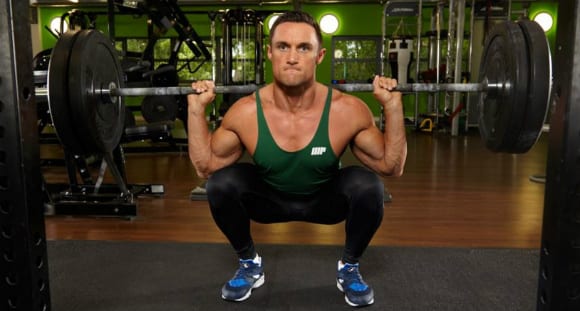 One reason why individuals may find it hard to squat to full depth is due to tight calf musculature which can pull the heels up from the floor as the ankles dorsiflex (bend upwards) and the knees flex. If you aren’t able to squat down so that your backside almost touches the floor without your heels lifting up, then it is likely that your calf muscles (namely gastrocnemius and soleus) are tight and may be limiting your work in the squat rack.

Stretching the calves with both feet facing forward and the knee straight will stretch gastrocnemius and the same stretch with the knee bent will stretch soleus.

? Although it isn’t advisable to stretch working muscles before a weight training session (Marek et al., 2005), as the calves are not the primary movers in a squat, I would recommend stretching the calves between the first few sets of your squats to improve range. As always, hold each stretch for 20-30 seconds for lasting benefits.

Another way to improve your squat depth is to stretch out the other structure that attaches to your heel and may cause it to lift up at the lowered position of your squat. This is the plantar fascia, the tissue that runs along the sole of your foot from your heel to your forefoot.

As the plantar fascia is not a muscle and so does not respond in the same way to static stretching, a different strategy is needed.

? The best way to relieve this often tight structure is by rolling a golf ball on the sole of your foot against the floor for several minutes each day. It is quite an unpleasant sensation, but very effective in reducing plantar fascia tightness. Self-massage may also be effective!

Although uncommon, I have come across several individuals who have sustained an injury on the leg press, and the area that most commonly suffers is the lower back. 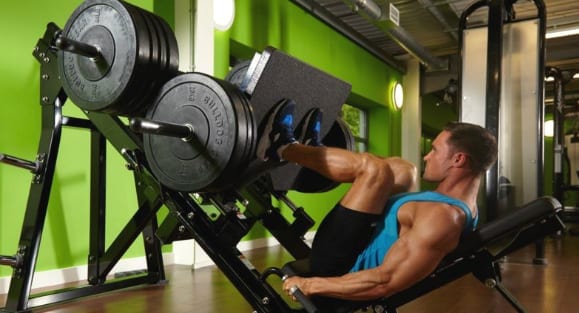 As everyone has a different magnitude of curvature in their spine, and most leg press machine seats are fixed at one angle, this seat angle could cause individuals to transmit a load through their spine in a potentially harmful position.

Heavy lifting on the leg press is when the spine is most at risk, especially during fatigue when the core is overloaded and cannot keep the spine stable any longer.

? As a remedy to this problem, I would recommend that if an individual wishes to use the leg press in their workout, they should aim for higher repetitions (~10-15 reps) at a lower weight to avoid undue stress to the spine, and to stop if they feel pressure building at the bottom of their back.

It isn’t just for the sake of how your legs look in your shorts that I make this statement; if you are a sportsman then you should pay special attention to this one! 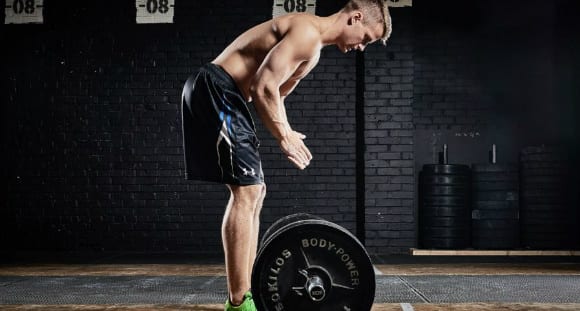 However, I often see individuals training their quads with heavy compound exercises such as squats, lunges and leg presses, and then expect their hamstrings to develop equally by performing 3 sets of 10 reps on the hamstring curl machine – this is a recipe for a muscle imbalance as not all hamstring exercises are created equal.

It has been shown that the two exercises producing the most hamstring activity (as gauged by electromyography) are the Romanian deadlift and the glute-ham raise, or Nordic curl as it is also commonly known (McAllister et al., 2014).

This is performed with just a slight bend at the knees and the aim is to place emphasis on the hip extensors (glutes/hamstrings) rather than the extensors of the lumbar spine. I would recommend starting from a lowered position to the point that you feel a stretch in the hamstrings in order to challenge the muscle group throughout range.

? If you have flexible hamstrings then you might benefit from standing on a slightly raised surface such as a weight plate to increase this stretch. The exercise can be performed with either a bar or dumbbells dependent on personal preference, but I find a better stretch can be obtained with dumbbells.

? The hamstrings are primarily fast twitch muscle fibres so lift heavy and remember to stretch at the end of your session.

This should be performed with a very slow eccentric (lengthening) phase and can be made harder for advanced trainers by holding a weight plate against the chest.

? Have a partner hold your ankles for support or trap them under some ankle pads if your gym has them.

? I would recommend continuing each set until you are unable to maintain a 5 second eccentric phase on each rep.

Although this is more of a bodybuilding tip than a physio tip, it is now becoming more recognised that the calves are a lot tougher than originally thought.

The calves take a pounding every day if we take the recommended 10,000 steps, and they are one of the main propulsion systems to allow us to actually move forward when we take a step.

A quick reminder of calf anatomy

The two muscles making up the bulk of your calf are the gastrocnemius and the soleus.

The gastrocnemius is the larger of the two and is mainly composed of fast-twitch muscle fibres, so is mostly responsible for the rapid and powerful movements at the ankle.

The soleus lies deep to the gastrocnemius and slightly inferior to it and is composed of mostly slow-twitch muscle fibres, making it extremely durable and effective for continuous tasks like walking.

The gastrocnemius is also a weak flexor of the knee, so for this reason it is important to perform a combination of straight and bent knee calf exercises in your workouts. Due to the differences in muscle fibre composition, it is also advisable to perform a mixture of high and low rep sets in order to challenge the entire calf. As the calves are stubborn when it comes to hypertrophy, all sets should be performed to fatigue.

The pyramid set technique is one that I’ve found effective when training calves, and goes roughly as follows:

? I would recommend performing the above finisher twice a week, once with straight legs and once with legs bent, to really encourage hypertrophy at the calves.

? I have also heard anecdotally that stretching the calves in between sets of calf raises can improve muscle development and strength throughout range of motion but have yet to see any solid research on this topic.

? It is very important to perform this exercise through full range of motion for optimal development (half range = half results) so for that reason it is imperative to stand with the forefoot on a step and relax the calves to a point where a stretch is felt throughout the calf at the lowest point of the movement.

I hope you find these tips helpful for maximising your leg day workouts!

Unfortunately, I don’t have any tips on how to prevent the cramp-like pain when training this muscle group except stretching, massage, heat  – and potentially Epsom salt baths after a hard session can work wonders and allow you to walk normally again, until your next leg workout at least!

What Is Lactic Acid | What Is Its Role?

‘Catastrophic Harm To Health’ Posed By…