What is the difference between a compound and an isolation movement? A compound is an exercise that will incorporate more than one muscle group. For example, a squat will include your quadriceps, hamstring and glutes. Compared to an isolation movement that will only target one muscle group. Such as a leg extension machine will only work your quadriceps.

Both movements have their place in the fitness world. The type of movements a person chooses to use will totally depend on their fitness goals. Let’s look at them both in more detail.

Tracking strength – You can lift a lot more with a compound movement compared to an isolation, as you have numerous muscle groups working together. Therefore, using compounds to track your strength progress is key!

Saves time – If you have a very limited time schedule for your weights workout, then I would advise that you focus a lot more on the compounds movements. Due to the fact you will be able to hit a numerous amount of muscle groups in a short period of time. Rather than spending more time focusing on isolation moves.

Performance – As a compound exercise uses more than one muscle group, it allows for a consistent and much faster progression, as more muscle fibres are being worked. Your numbers in the gym should tell the story. What has had the biggest increase in weight from your time training? Your squats or your bicep curls? Obvious answer.

Burn calories – Since you will be incorporating a number of muscle groups for your big movements, you will burn a lot more calories, as the workload that needs to be done requires a lot more energy! For example, a deadlift will involve nearly every single muscle in the body to complete the movement. That’s a lot of muscle groups, a lot of force and a lot of work required! Meaning the calories will fall off! 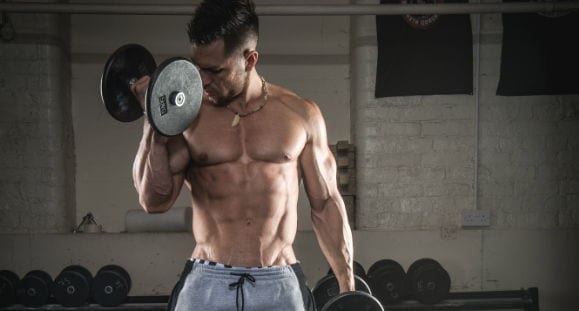 Allows attention to detail – By performing an isolation movement you can purely put all your focus onto one muscle group/area. For example, if you’re looking for a bit more shoulder detail, you can perform front raises to target your front deltoid, side raises for your medial deltoid and rear fly movements to focus on your posterior deltoid. Compared to just performing a compound shoulder press which will hit all the areas at once.

Bring up a lagging muscle group/area – If you have a lagging muscle group, then performing isolation movements could be crucial in order to bring that particular muscle/area up to match the rest of your physique or performance level. Such as a squat. You might have more strength through your glutes and hamstrings, with your quadriceps being a little weaker. Therefore, to develop the quadricep muscles, even more, you can isolate them out with a leg extension movement for instance. This will allow you to work the angles of the quad without any other assistance from other muscle groups.

Help fatigue further – Typically you would leave your isolation movements until later in your workout. Due to the fact that if you perform bicep curls for example at the beginning of your back and bicep session, and then move onto pull-ups. Your back is going to suffer because your biceps are already heavily fatigued from the curl movements. However, if you switch the order (which I strongly suggest) pull-ups first, which will mainly target your back (latissimus dorsi) with the assistance of your biceps. Then move onto the curls to fatigue your biceps fully.

In conclusion, I would say that both movements hold their place in a person’s fitness journey! It just depends on that person’s goals, time schedule and abilities! Typically, if you’re training for strength and power your main focus would be the compound movements. Whereas if your main goal is purely looks, overall health or to improve a certain area you may want to include both styles into your training plan.

Swap Sitting For A Mood Boost & The Biggest…

Vitafiber: What Are The Benefits? Who Should Consume?

How To Boost Energy Levels Throughout The Day

Extra 30% off markdowns | Use code: EXTRA Be quick, shop now!