WHAT IS THE BEST CARDIO WORKOUT?

The first way of increasing fat metabolism from aerobic workouts is during the session itself, in which the goal is to increase total calorie expenditure during the workout (LISS). The second way is to actually produce metabolic and hormonal effects within your body during and after the workout. This can be achieved by improving insulin sensitivity, decreasing fat storage after a meal, speeding up your resting metabolic rate as well as the production of all of our fat burning hormones (HIIT).

Fat needs a high supply of oxygen so that it can be converted into energy. Fat is the body’s preferred energy source when we have an unlimited supply of oxygen. Provided we don’t exert too hard during physical activity, then we will easily use fat as our main source of fuel. As we crank up the intensity of our workouts, we shift away from fat and begin to use more carbohydrate as fuel.

The latter effect is more associated with HIIT cardio which is maximised following high-intensity sessions, while long-duration-cardio advocates suggest that the former effect is more important and that long-duration cardio will burn more calories and use more fat during the workout than sprints. Many “experts” fail to acknowledge how HIIT effectively lowers insulin levels. 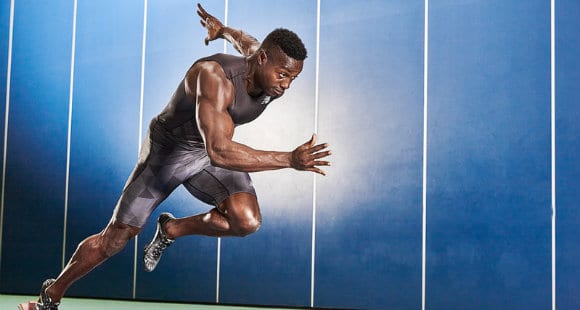 HIIT is a training technique in which you give all-out, one hundred percent effort through quick, intense interval sprints for 15-45 seconds, followed by short, sometimes active, recovery periods lasting 45s-3 minutes and repeated for 20-25 minutes. High-Intensity Interval Training is cardio performed at such an intense level that your body will spend the rest of the day burning fat to recover from the intense period of exercise at a near maximum heart rate you just went through.

The TWO key elements to why HIIT is so effective for fat loss:

The level of intensity demanded from an HIIT workout increases the body’s need for oxygen during the effort which creates an oxygen deficit, causing our body to ask for more oxygen during its recovery. This after-burn effect is referred to as EPOC (Excess Post-Exercise Oxygen Consumption). The increased rate of oxygen intake after HIIT is intended to erase the body’s oxygen deficit.

Once an exercise’s intensity reaches a certain level, our body is unable to take in enough oxygen to meet the demand and the workout becomes anaerobic (energy production without oxygen). Without oxygen, the body solely relies on carbohydrates for energy and HIIT training will force your body to burn 20 – 30% of the body’s carbohydrate stores in 2-3 minutes of actual work time vs 30 minutes or more of lower intensity cardio. As the body cannot take enough oxygen during anaerobic work, an oxygen debt is created, so post workout the body needs to bring itself back to a resting state and does so by increasing its uptake of oxygen.

So, the body depleted of carbohydrate stores will fuel this oxygen recovery process from stored fats. As the body begins to normalise body temperature, resting heart rate, hormones etc, it will be forced to work up to 24-36 hours post workout, all the time electing fat as its main energy source.

In summary, you have borrowed energy to fuel the HIIT session which you must repay post workout. Studies have shown over a 24-hour period that the body can burn up to 9 times as much fat post HIIT exercise in order to repay its debt.

The level of intensity during the HIIT also triggers a hormonal response in our bodies and the body responds by releasing our big fat burning hormones.

When we perform HIIT, all our fat burning hormones increase significantly, breaking down stored fat and releasing them into the bloodstream. The amazing thing is that even during your recovery period, the body is still working near its peak, bringing more stored fat into circulation to be used up as energy. The problem is that at the same time the nervous system decreases the diameter of the blood vessels that carry blood, meaning that you don’t get the benefit of high-fat metabolism during the session.

Immediately after the high-intensity session, when intensity is lowered, blood flow returns to fat tissue at a high rate because of the oxygen debt created, meaning our adrenaline and hGH have a chance to work their magic on released fat cells and convert them to energy. This means the harder you work on those intense reps, the greater the hormonal release, stimulating more fat to be broken down and released as well as creating a bigger oxygen debt. 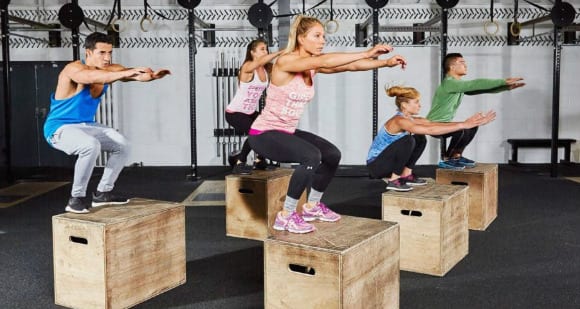 As we know, fat needs a high supply of oxygen in order for it to be oxidised and maximal rates of fat oxidation have been shown to be reached at low to moderate intensities.

Although you may burn a greater percentage of fat during steady state, your overall caloric expenditure will be lower and it will be limited to the duration of your session. Unlike HIIT, steady state will produce zero EPOC or increased metabolic rate hours after you are finished, but when a greater calorie deficit needs to be created, and energy intake is low, implementing LISS not only helps increase output but timed correctly will ensure any fat in the blood stream is burned up.

So we’re left at a standoff: Long-duration, moderate-intensity cardio will optimise total calorie expenditure and fat burning during the workout, but HIIT clearly has superior metabolic benefits afterwards. 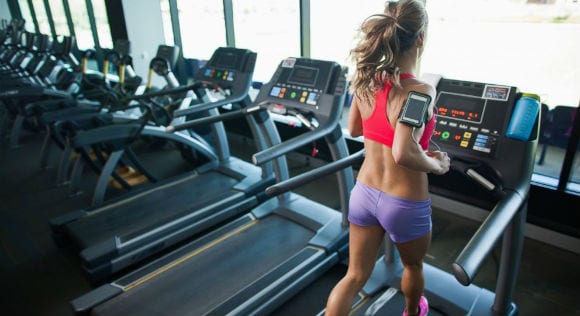 For years we’ve advocated a concept that suggests the cardio debate is based on a false dichotomy. In other words, we don’t have to choose between HIIT and moderate-intensity cardio because we can use both.

The first place to add steady state is not a 30-60+ minute fasted treadmill marathon. 15-20 minutes after an HIIT session or 15 minutes after your resistance training is a great spot to begin. This will ensure the body burns up any fatty acids in the body released from the previous HIIT workout and increase blood flow, delivering nutrients and clearing metabolic waste, speeding recovery.

Building Muscle With Just A Barbell | Is It Possible?

Macro Calculator | How to Calculate Your Macros for…

What Are The Benefits? | Beetroot

How Much Protein Should I Be Consuming? | The Female Athlete