There are 3 main types of contraction that you will commonly see in any gym workout: concentric, isometric, and eccentric.  To illustrate these, picture a bicep curl.

Characterised by a muscle shortening, such as your bicep while curling a weight up.

Where the muscle lengthens, but you are still applying tension, such as lowering the weight down under control.

Where a muscle is tensed, however it doesn’t change length, such as holding a plank, or if you pause at any stage of a rep.

A lot of people focus on the concentric phase, and try to lift the weight with control, however this article will look into just how important the eccentric phase is, which is often not appreciated.

Why Use Negative Training? 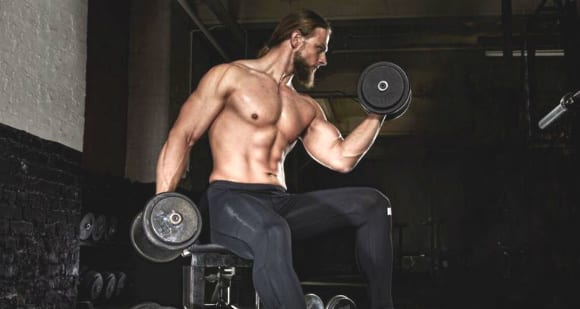 You are up to 20-30% stronger eccentrically than concentrically (1).  This means that if you can bench press 100kg, then you may be able to slowly lower up to 130kg.  So in a session where you are benching 100kg to failure, you are reaching failure concentrically, but not eccentrically.

Think of a time where you’ve lifted a weight to failure – it’s more than likely that you reached failure while trying to lift the weight, rather than during the lowering part of the movement.  What ‘negative training’ does, is helps you to go on to push your eccentric strength to failure, rather than just your concentric strength.

This will allow you to push even further in your workouts.

Several studies have compared concentric and eccentric contractions, and different combination, to try and find how they influence both hypertrophy and strength.  One study (2) used a combination of contractions on leg press and knee extension and found concentric lifting by itself was not effective at inducing muscle growth, and suggested that contractions require an eccentric phase in order to evoke hypertrophy. 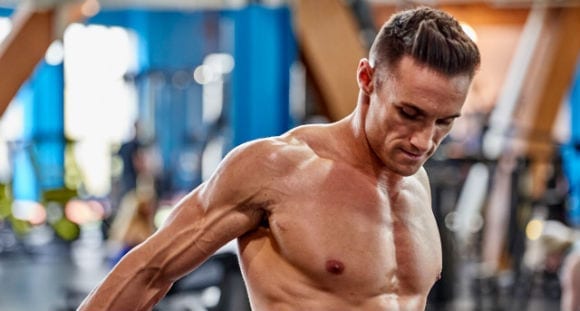 It has been shown that for optimum strength increases, a resistance training programme should involve different resistances on the concentric and eccentric phases.  A 2002 study (5) had one group complete 4 sets of 10 reps of bicep curls, at 75% of 1-rep max, and then another group completed just 3 sets of 10 reps, and although they curled up 75% of their 1-rep max, on the lowering phase, the weight machine applied a force of 120% of their 1-rep max.

The group that had the varying weight produced significantly greater concentric strength in their elbow extensors.

Think of the first few times you worked out, or even a time when you’ve not trained for a while, and have then got back into it.  The first few workouts will make you ache, because your body isn’t used to the way it’s being used.  If you have now reached a stage where your body has adapted to the way you train, it can often be difficult to keep progressing.

Changing up your training to involve more eccentric contractions can help test your body in new ways, enabling you to break through plateaus you may have reached.

It’ll help recruit new and different muscle fibres than you’re used to, and shock your body into a new training stimulus, which can help break through any training plateaus you may have reached.

The reasons for this increased adaptations aren’t fully understood, however it has been suggested that eccentric training uses more muscle fibres, and the damage done to muscles is greater.

During recovery the muscles repair, and more damage from training, leads to greater repair during recovery, so muscles come back bigger and stronger than before.

Ways to Use Eccentric Training 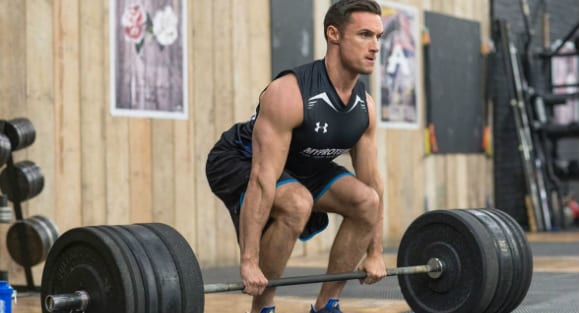 At the end of the Set

Using the same weight, have a spotter help you with the lifting phase, and then just focus on slowly lowering the weight under control, for between 2 and 5 seconds.

Using a weight above your 1-rep max, just complete negative repetitions. After warming up, control the weight down, for no more than 5 or 6 repetitions, and have a spotter help you to lift the weight up each time.

Use two limbs to lift the weight, and then lower the weight using one limb. Take for example, a knee extension machine.  Lift weight with both legs, and then remove one leg and slowly lower weight with just one.

Even if you’re not convinced by the research, eccentric training at least compliments concentric contractions, so next time you’re training, try to pay more attention to controlling the weight down rather than just letting gravity do the work.

1) Always train with a partner, as you may be pushing past failure, or using weights that are greater than your 1-rep max, in case you reach failure earlier than expected.

2) Slowly increase the weight if you are lifting beyond your 1-rep max.  Although many studies have found you are as much as 30% stronger eccentrically, don’t just assume you can safely use this.

3) Use negative repetitions sparingly.  This training is taxing on your central nervous system as well as your muscles, so make sure your body feels adequately recovered before training with negatives again.

4) Always warm up before completing any resistance training to increase blood supply to the muscles being used, and to help lubricate your joints for better flexibility and range of movement!

? You are stronger eccentrically than concentrically.

? If you are able to complete more than 5 negative reps, try increasing the weight.

Could This Test Tell You How Fit You Are? | This…

Our Best Gym Tops For Women This Summer

What Are Good Complete Proteins For Vegans &…

Phosphatidylserine And Cortisol | Benefits And Dosage

Is Fasting Healthy & What Are The Effects On The Body?