The human body can fluctuate in weight on a daily basis – dieting or not! Water weight, food… It’s all pretty normal. However, this becomes a problem if someone is dieting and constantly measures their weight; this can often provoke mind games.

It’s common to hear stories of people who have gone on a diet and ended up heavier than when they began, and this can often be attributed to the vicious cycle of yo-yo dieting!

What Is Yo-Yo dieting?

Yo-yo dieting for the purpose of this article can be defined as repeatedly gaining and losing weight constantly.

Although studies are conflicting about the effect yo-yo dieting has on long term fat loss and gain, the extremes and regularity of yo-yo dieting vary between participants as does the term yo-yo dieting in the context of the studies.

The Risks of Crash Dieting 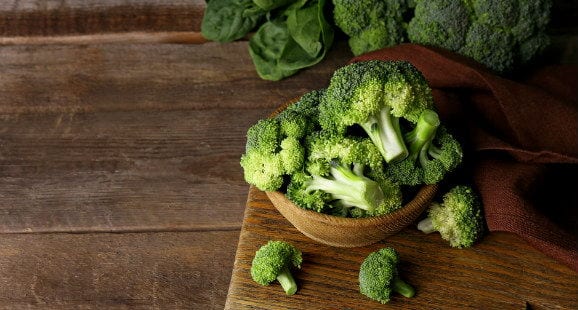 Many people who yo-yo diet end up heavier than before they started. This is because yo-yo dieting when done to extremes as many people may do, can slow your metabolism down in the short term making it harder to lose weight and easier to gain weight.

It also can promote an unhealthy attitude to food, promoting good foods and bad foods such as foods not allowed while dieting. Both of these issues are discussed in more detail below.

There are two major outcomes from a diet that is in calorie deficit. These include:

? An increase in appetite

? A decrease in metabolism

This due to your body being designed to survive through times of calorie deficit and as a result, post-diet, your body is primed for fat gain.

Both of these reactions post-diet make it very easy to over consume the calories that your metabolism has become accustomed to.

When you diet, the size of the body’s fat cells are reduced. The number of fat cells in the body however, is not actually reduced.

In the early stages of finishing dieting, at a time when you are most vulnerable to over-eating and craving junk food that you may have skipped during dieting, smaller and more sensitive fat cells are made in the body and this can cause a return over time to your pre-diet weight!

This is a problem then afterwards because now your body is capable of storing even more fat than it was before!

Yo-yo dieting can promote an unhealthy relationship with food.

? The constant process of restricting food and possibly considering some foods off limits can encourage binge eating.

? It can also foster feelings of guilt if someone indulges in high calorie foods if their intake is at a very low level and they go off plan as a result.

Yo-yo dieting can slow your metabolism down in many cases. The worst scenario is often many yo-yo dieters may alternate from one extreme to another in close succession.

Typically, many will lose weight and come off a diet only to binge eat and gain the weight plus some more back rapidly.

Unhappy with their new situation they may resort back to dieting without having allowed their metabolism to become strong again.

Perhaps this time around, cutting calories are no longer an option as they are already very low from the last dieting phase and there’s no room to reduce them farther.

? Extra cardio may be added in, although again, already from the last dieting phase, they may be doing quite a lot already. People may even replace some weight training sessions with cardio, which may cause them to lose even more muscle mass which in turn reduces their metabolism even further.

? It’s common to hit sticking point and possibly be even gain more weight than the heaviest weight before the dier started.

Yo-yo dieting is unhealthy in the long term and may promote an unhealthy attitude towards food. Gaining and losing a lot of weight regularly is also tough mentally and may contribute to low self esteem.

Ideally try not to gain or lose large amounts of weight in a short period of time. Aim to live a healthy lifestyle that is sustainable so that you can maintain a healthy weight year round.

Following a period of dieting, be careful not to overindulge excessively and consider reverse dieting to create a stronger metabolism.

The Best Workout Plan For You | Where To Start

The Benefits Of Calisthenics | An Introduction By…

How To Choose The Best Multivitamin for You

Artificial Sweeteners | Are They Better Than Sugar?

Are You Up For The Challenge? #16YearsOfBeautiful