Even if you’re not bothered about sports and fitness, you can keep yourself in good health with some simple dietary rules. No, that doesn’t mean you’re on some diet, it means sticking to regular meals and ensuring that you get your daily recommended doses of protein, carbs, fats, vitamins and water.

For anyone who’s concerned about losing weight, remember that fasting isn’t the way to do it. If you go without food you will have no energy, you may dehydrate, get headaches, feel nauseous and weak. If you still think you’re on the right track or showing will power of some sort, think again, as this approach will not only make you shorter tempered when asked a question in class that you don’t have the answer to, or when you don’t have the energy for your flatmate’s ill-timed prank. It will also slow down your metabolism so that you may put weight on faster after you’ve been fasting. For example, if you’re trying to go low intake throughout the week and treating yourself at the weekend, that will mean you’ll digest the food slower than you could and you’ll likely bloat.

Some of the worst foods you can eat are refined carbs. These are also known as empty carbs as they have little nutritional value and won’t fill you up, meaning you’ll be hungry again in no time and may eat more than you would of a healthier option.

The perks of healthy eating, even if you couldn’t care less about the gym and being an athlete, means that you will be fortified against a few other throes of student living. Number one is student nights. The drinking and bugs going around, combined with your less-than-hygienic quarters leaves you susceptible to the likes of freshers’ flu. With healthy eating, however, your immune system will be more fortified than most, putting you in good stead to last your lectures, nights out, and the mornings after too. 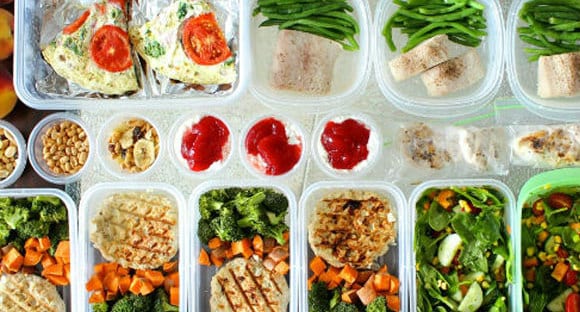 As well as a low budget you’re also short on time as a student. Between lectures, seminars, extra curricula clubs, revision, essays and your social life, there’s not a lot of room for cooking. The first tip, then, is to learn some tricks to make plenty of good food that you can sort out with a limited amount of time and attention. Keep things simple and know that you’re getting what you need by sticking to the 2:1 protein/ carb ratio. This means sourcing bulk meat or protein products that you can freeze so you’re not having to spend on more all the time.

By making time for a bit of meal prep once or twice a week, your meals might not be a lot more varied than those around you living off cheese toasties all day long, but you will have saved both money and time (and know you’re eating healthy) by preparing a big pot and investing in some tupaware for storage.

It happens, and especially when you haven’t been eating properly and regularly you’ll find yourself in need of a snack at night. Fortunately for you and your limited budget, the best, healthiest snack foods are the most affordable. And the beauty of whole grains and lasting carbs is that they should fill you up so you don’t need to do another run to the shop to stock up straight away.

Easily digested foods are your first call, so that you’re not kept up to late. Avoid trans fats and refined carbs – in other words, stick to a small amount of natural, unprocessed food and whole grains if possible. This is because they’re broken down over a long time and so will keep hunger at bay for longer. Obviously, you’re best off having these earlier in the evening to save you from interrupted sleep. Here are a few ideas:

Student life has never been known for abstinence, and you can miss out on a lot of fun if you go around worrying about what you should and shouldn’t have. When it comes to food, takeaways are just too easy, always strategically located a short stumble from the local student night’s doors. After a night out you may not be even a little conscious of the longer term effects of eating a takeaway, but when you can spare it a thought, consider a healthier option.

Up late, low on proper fuel and probably experiencing low blood sugar levels after drinking, your body will be telling you it wants a quick fix of sugar and carbs and the smell of kebabs will seem the answer. Takeaways and junk food are generally processed, consisting of refined carbs and little nutritional value and essentially cost the same as a healthier alternative.
This is a good time to consult the midnight snack or mass-making ideas previously mentioned so that you munch on those when you get in instead of wasting your money on the bad kind of carbs.