Xylitol has been around for just beyond 125 years after it was first synthesised in Germany by chemist Emil Fischer. However, it took widespread shortages of sugar in Finland during the Second World War, for it gained prominence as a replacement sweetener.

It wasn’t until years later that scientists discovered that those Fins who had taken to consuming xylitol had much better health than those who didn’t! This article will outline why and how xylitol is a superior sweetener to include in your diet than sugar and other alternatives. Read on to find out what gives xylitol the X-factor. 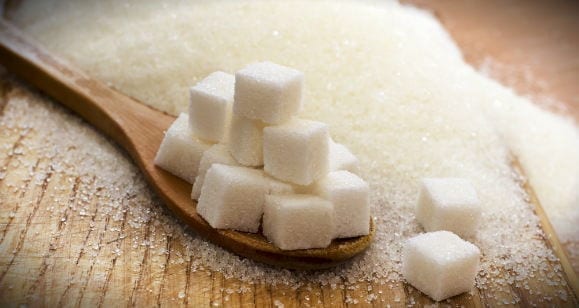 Xylitol is a sugar alcohol, and despite the classification, it is neither a sugar (carbohydrate) nor an alcoholic drink! It is actually a white, water-soluble organic compound derived from sugar with 5 carbon atoms and 5 hydroxyl groups, which is widely considered a natural and healthy alternative to sugar AND other available sweeteners.

Amazingly, the economic value of xylitol is reported to be between 90-340 million US dollars per year, and we each make between 5-15g per day inside our bodies as an intermediary product when we metabolise carbohydrates. Xylitol is also found in small quantities in various fruits and vegetables (such as plums, strawberries, cauliflower and spinach).

In comparison to other sweeteners, xylitol more than holds its own as it has the same degree of sweetening power as the “sweetest” sweetener (sucrose), and has a third of the calories of regular sugar. It is clear why many manufacturers are finding xylitol a place within the production of their foodstuffs and pharmaceuticals.

Why Is Xylitol Used?

The food and pharmaceutical industries are the main users of xylitol due to its variable benefits. Strangely the main application of xylitol is in the production of goods for dental care as xylitol has an amazing effect of inhibiting the growth of bacteria responsible for tooth decay. This role in preventing tooth decay makes xylitol a fantastic component for dental products such as toothpaste and mouthwashes.  We will now examine the food, drug and other uses of this amazing sweetener in a bit more detail.

What Are The Benefits Of Xylitol?

Xylitol is often used as a sweetener but does so without a negative effect on insulin which is often associated with other sweetening products.

Due to the fact that xylitol is not actively transported through the intestines, it is metabolised independent of insulin and as such has a low glycemic index.  It, therefore, has a very little negative effect on blood glucose and insulin levels. It can replace sugar on a weight-to-weight basis and it helps control blood sugar, lipid levels and even weight control.

One study examined the influence of 30mg per day of xylitol consumed within a normal diet compared to 30g of sucrose (table sugar). The results found that xylitol lowered both blood glucose and insulin responses. 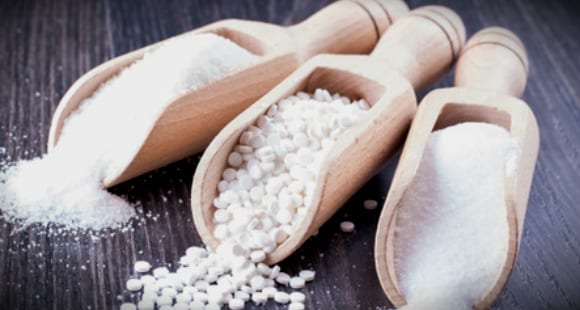 Other studies have demonstrated xylitol’s effect on body fat and lipid levels and showed substitution of sugar with xylitol had beneficial declines in fat catabolism. This, however, is not the only advantage of switching to xylitol for those of us who want to control their body weight.

Firstly, the discussed benefits of sustaining a steady level of blood sugar can increase satiety and reduces the chances of binging to counter hypoglycaemia. Xylitol slows gastric emptying which assists in preventing hunger striking. Additionally, due to the fact that xylitol is incompletely absorbed by our digestive system, a steady flow of energy is sustained. This helps to reduce cravings for carbohydrates to meet energy demands and has been shown to prevent binge eating.

Studies on rats have shown that eating diets containing xylitol for a period of 8 weeks decreased food intake and reduced body weight gain. A similar study took a group of rats and fed them a high-fat diet with or without xylitol (again for 8 weeks). Their results found that the addition of xylitol significantly lowered the visceral fat mass of the animals. The authors concluded by stating that xylitol may be effective in preventing diet-induced obesity.

The most common use of xylitol is in food products as it helps to improve shelf life, give vibrancy of colour and enhances the taste. Importantly, because it does not undergo the Millard reaction- which is a reaction between amino acids and sugars to give a specific flavour to browned food- it doesn’t reduce the nutritional value of proteins in the food.

It is often used in confectionaries (sugar-free variations) such as chewing gum, chocolates, sweets and jellies. Its inclusion can give a distinct quick acting sweetness and pleasant cooling effect.

Alongside the stated food uses of this sweetener, xylitol is also included within the ingredients in various pharmaceutical preparations, such as cough syrups and vitamins. Interestingly, the dental benefits of xylitol make it a worthy inclusion in children’s medications, which retain the sweetness to encourage children to take their medicine, whilst also protecting their teeth when used after tooth brushing.

These dental benefits stem from the fact that xylitol is anti-cariogenic and prevents tooth decay. Experiments show that it’s inclusion in foods and dental products can slow, stop and even reverse dental cavities forming, which it does by holding back demineralisation of tooth enamel and promoting remineralisation. It also increases saliva production and protective salivary proteins to improve breath odour. This has the added benefit of reducing mouth infections by inhibiting the bacteria Streptococcus mutans (which is the key initiator of cavities) and re-balance the levels of good bacteria potentially permanently. It has even been found to reduce levels of ear infections in children who chew xylitol-sweetened chewing gum. 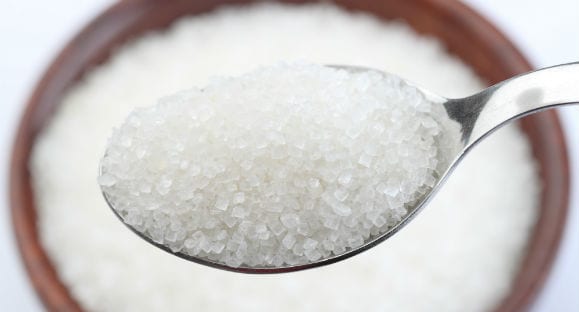 All forms of administration of xylitol have been shown to show very low levels of toxicity making this sweetener very safe for use. To date, it has been found clear of any adverse effects and dosages up to 15g per day have been used in clinical studies with only positive effects. In essence, you can be free to use this sweetener widely with no side effects.

People can often get withdrawal when removing sugar from their diets and many of the available sweeteners (whilst reducing calories consumed) still causes similar changes in insulin sensitivity, leading to weight gain. Xylitol is unique in that not only it is suitable for the insulin sensitive, it also beneficial for our teeth in a way no other sweetener is; leaving us able to enjoy sweetened foods without the normal guilt!

Nobody Believes Eddie Hall Was 16 In 50KG Transformation Pic

Women’s Fitness | How To Eat & Train…

The Accessory Edit: Little Things That Make A Big Difference