World’s Strongest Man is now just around the corner, with this year’s competition set to begin on 24th May. Strongman fans everywhere are on the edge of their seats. Will Tom “The Albatross” Stoltman, King of the Stones, take the crown for the second consecutive year? We’ll soon find out.

Tom has taken to his YouTube channel to discuss all things WSM 2022, including the events and how he’s feeling for each of them. He even makes his top three predictions.

If you’ve been following the Strong brothers’ season so far — Britain’s Strongest Man, the Arnold’s, and then Europe’s Strongest Man — you’ll know they’ve been training heavy and hard, doing all they can to make sure they’re ready for this year’s World’s Strongest Man.

Before World’s Strongest Man, contestants are given details on the events. This allows them to tailor their training and perfect their technique. Although sometimes this can open the door to more questions than answers — how heavy will the event be? Will it have reps? You get the picture.

So, first up, the qualifiers. Tom knows that as a seasoned winner he doesn’t need to go 100% in the qualifying events. He just needs to get through. There’s no point risking an unnecessary injury.

First up, a strongman classic — the loading race. Tom’s been training for this event with a number of weighted sandbags for roughly 10-12 metres. And he’s pretty sure he’s got it in the bag.

Event two: the deadlift ladder. It’s a new one to come to World’s Strongest Man and Tom couldn’t be more excited. While Tom loves routine, he also loves mixing up his training by trying new exercises. And there’s no better excuse to do that than training for an event. You may have already seen the brothers’ deadlift ladder training sessions. They’re looking confident.

Tom will be using a suit and straps for his deadlift ladder. He knows it might slow him down, but he’d rather be a bit slower than risk an injury before the finals.

They're the World's Strongest Brothers for a reason.

This one is exactly what it says on the tin. The strongmen stand inside the frame of a car. Resting it on their shoulders, they have to walk it over the finish line. I’ve made it sound almost easy. But I assure you it’s not. Tom’s feeling good for it and he’s excited because even though it’s a common strongman event, he’s never done it at WSM before.

We’ve all seen this before. The event requires participants to lift a log (between the weight of 150-160kg) above their head. They’ll have somewhere between 60 and 90 seconds to complete as many reps as they can. While Tom admits that he can’t lift the heaviest in this event, he believes he is the best in the world for reps. And we’re not going to disagree. 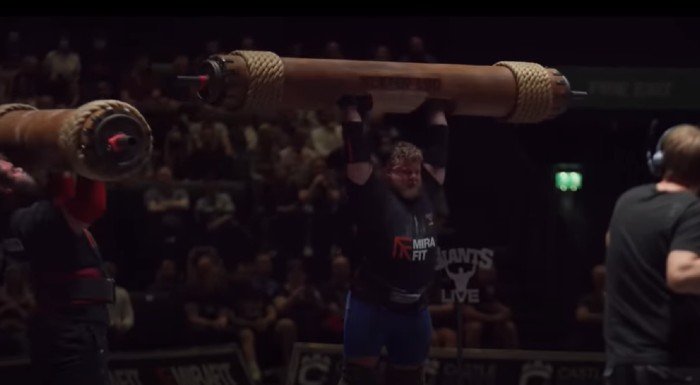 A brand new event: the wrecking ball hold. This one’s a complete unknown. It’s all comes down to willpower (and strength) on the day. Tom fancies his chances. 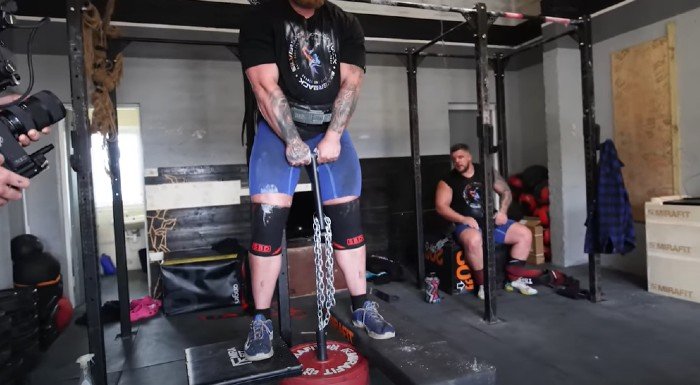 An event that cannot be forgotten about. It’s a sure-fire way to split some opinions in the Strongman world — some love it, others hate it. As King of the Stones, Tom makes sure he’s prepped for the stone off, and anyone would be lucky to come close to his level. But who knows, maybe this year there’ll be some surprises.

According to Tom this event is sponsored by KNAACK and will therefore involve some form of toolbox. The event will most likely include loading something heavy onto a platform (shocker) and then there’ll be a yoke run, most likely with 400kg for 10-12 metres.

The organisers haven’t given much away about the next event. Here’s what we know: it’s going to be a deadlift.

But rumour is it’ll be a car deadlift. This is exciting news for Tom, not just because he’s been practicing, but because he’s almost bored to tears of axle deadlifts. 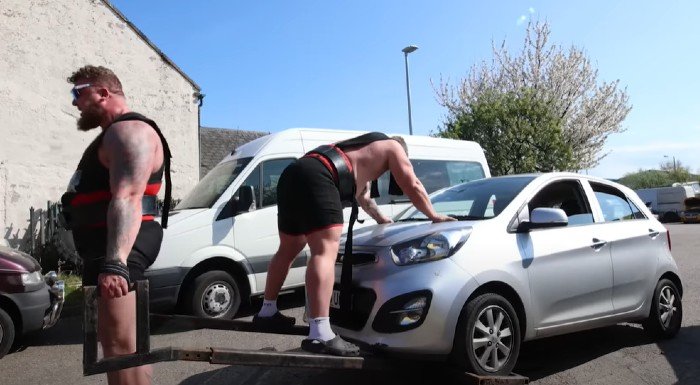 No, this has nothing to do with the well loved cartoon family, although we wish it did. The flintstone barbell event is actually a behind-the-neck barbell press, which is Tom’s current favourite event. He’s pretty new to the exercise and keeping his cards close to his chest by not revealing how much he can press, but we’re excited to see it. 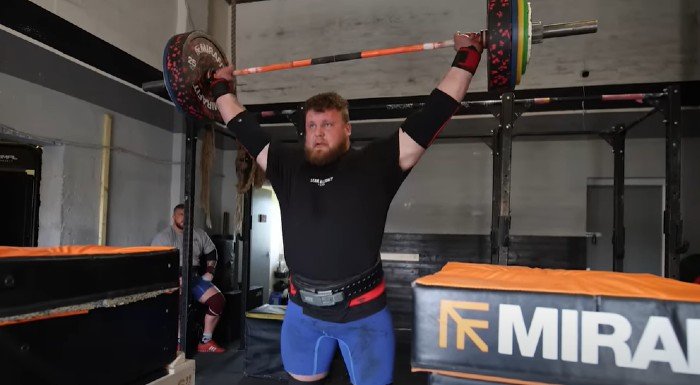 Not much needs to be said on this one. The strongmen wear a harness that’s attached to the bus. They then pull the bus along a 25 metre course. It will be timed. And that’s all I’ve got to say.

Another event new to the competition: the power stairs. Tom thinks this will involve lifting some heavy weights up some stairs. He claims he doesn’t have the best setup in the world to prep for this event, but he’s still feeling confident. 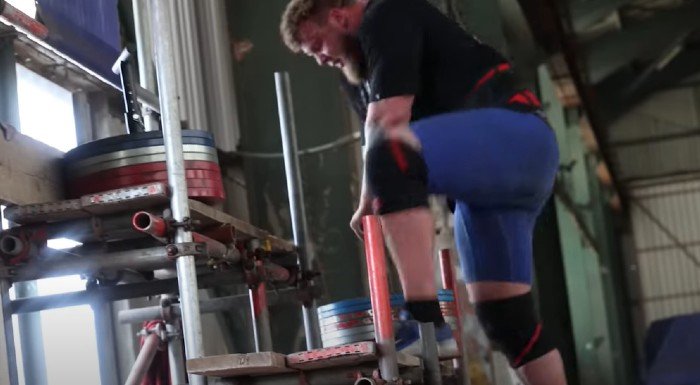 And what a way to end the event. With a win in the bag for the reigning champ. Tom is the King of the Stones, and someone would have to be very lucky, and strong, to be able to take this title off him. Although this time the stones are expected to be a bit different. It’s thought that the lighter stones will start further away from the podium, so competitors will have to walk with the stones. Tom makes it look easy but assures us it’s not. Either way, if anyone can do it, it’s him.

It’s very difficult to predict anything at this stage, at least until the groups have been revealed, but Tom gave it a good go anyway. His prediction for the top 5 is …

Tom’s not 100% sure about the top five, but there’s one thing he is certain of. He states with confidence “I know I’m going to win World’s Strongest Man”.

Tom’s confident, and he’s clearly got the training under his belt. We’ve got our fingers crossed and can’t wait to see how the competition pans out. The ball is in his court to win World’s Strongest Man 2022 for the second year in a row.

WSM and BSM. What's next?

Stoltmans Deadlift The Weight Of A Grizzly Bear

Here's the technique they used to do it.

Fitness Workout and Nutrition | Get Fit with this…

Which Dance Workout Do I Choose? | Dance For Fitness

Overtraining | How To Avoid And What Are The Symptoms?

Is This Influencer’s Supplement Routine…

Summer Training | Are You Getting The Right Nutrition?

Impact Week | 45% off (almost) EVERYTHING | Use code: IMPACT Shop Now