#TeamMyprotein is made up of incredible athletes and driven individuals — but none quite so charismatic as Israel Adesanya.

The 31-year-old Nigerian-born, New Zealand mixed martial artist is the reigning Undisputed UFC Middleweight Champion and a natural showman — with the talent to back it up.

He holds a perfect 20-0 record, with a massive fifteen (yes fifteen) of his wins via knockout. Impressive, right?

With a record like that, you’d think he’s been practising for this his whole life. Before that, he had another interest — dancing. Not the natural career progression you’d expect.  But rather than choosing between his two passions, dancing and fighting, he’s merged them onto a single worldwide platform.

As he prepares to fight in a higher weight class this week, here’s what you should know about Adesanya.

For a young Israel Adesanya, dancing was all about expression. His family relocated to New Zealand when he was young — which can’t have been easy. He felt like the odd one out, like he didn’t fit in. The ‘Broken Narrative’ tattoo across his chest reminds him of his divided heritage and difficulty fitting in. Oh, and it was the name of this teenage dance crew.

He was a “tall poppy”, a Kiwi colloquialism used to describe those who stand out, and people were determined to bring him down at every opportunity. That was until his classmates saw him dancing. He learned he could change the energy in a room through dance, shifting how people looked at him.

There’s no doubt that Israel’s dedication and passion for dancing have influenced his fluid movement and exceptional footwork inside the octagon. Dancing has given him a base for his unique style, one that appears to be serving him surprisingly well up to now.

“There are so many correlations between the two worlds. Timing, rhythm, on beat, offbeat, creativity.”

We’re not sure about you, but we certainly hadn’t noticed the similarities between the two extremes. It says a lot about how Israel’s mind works. He sees fighting and dancing as forms of art, and while one might be more brutal (just a little), there’s something entertaining in what he does.

There’s a quote he once read that said, “Never give a sword to a man who can’t dance”. It’s something he lives by, highlighting just how valuable dancing is. Luckily for him, and us, Israel Adesanya can certainly dance…

Israel Adesanya has seen a meteoric rise and has quickly become one of the hottest fighters in the UFC today. He won his first title within two years, making his rise to champion up there with the fastest in history.

And, while many people might not have heard the name Israel Adesanya two years ago, he’s certainly no novice. He had almost 6 years’ experience as a fighter before making his UFC debut.

At 18 he started to train in kickboxing, where he quickly began to make a name for himself, not only for his movie-like knockouts but a love of showmanship — something he’s renowned for.

For many fighters, becoming a champion is the ultimate goal. The crowning of a lifetime of hard work and the pinnacle of their career. Yet you get the feeling that Israel Adesanya is a little bit different to everyone else.

“It’s never really been about the belts. That’s just been a big goal to achieve. But now I’ve done that.”

Moving up to Light Heavyweight

It’s the showman in him. Every time he steps into the octagon he wants to entertain and still feels like he has everything to prove. And, for someone as ambitious as Israel, there’s always something to reach for next.

“I’m onto the next level. Taking out the best guys in my division, my era, and out of my division as well”

That’s right, for his next fight on 6th March 2021, Adesanya will be moving up a weight class without actually gaining the weight. He’s set to be 20lbs lighter than his opponent, but is confident his agility, and not requiring tocut weight following a bulk pre-fight, will win over Jan Blachowicz’s size and power.

From his journey so far, you’d be stupid to back against him. Some fighters just seem destined for greatness and Israel Adesanya ticks every box you could want in a superstar. From his love of anime to the outrageous displays of showmanship, he’s got supreme confidence in his own abilities — with a flashy fighting style to match. 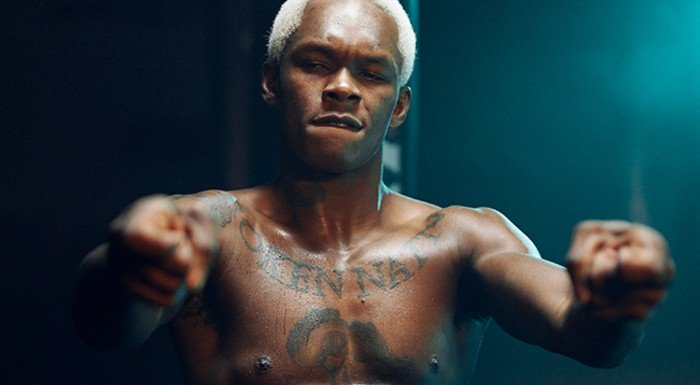 Nathan has always had a passion for sport from an early age. He’s played football all over the country, representing his county (Cheshire) and various clubs at a semi-professional level. As a Coaching and Sports Development graduate, he understands the importance of sport and fitness in the local community. On the weekends, you’ll find him scoring goals while captaining his local football team.

How To Ripen Avocados In Literally Minutes (Or Days,…

Football Supplements | Your Definitive Guide to…