Instagram model and all-round fitness athlete, Dan Tai ended up where he is through hard work and a lot of perseverance. From a young age, he showed his passion for sports, playing rugby in Hong Kong from the age of 3, thanks to the encouragement of his parents. Even going on to play professionally like his idol Jonah Lomu.

However, it wasn’t meant to be and Dan ended up going down a different path due to a string of bad injuries. These injuries meant he was out for a long time and he was up to his neck in medical bills. He felt like he was at rock bottom and that could’ve been it for him.

He didn’t let this stop him and he got back up and started putting in the hard graft to reach his potential again. Now, Dan is a fitness model all over Instagram and is looking to compete in functional fitness events. 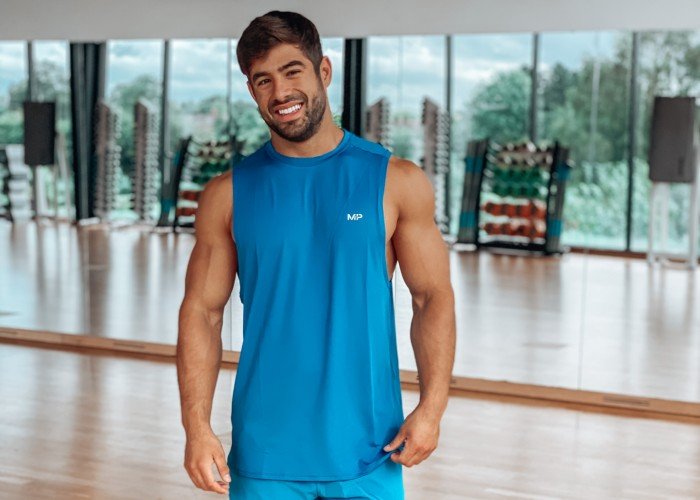 Dan started life in Hong Kong with his parents who were rugby fans. This meant that even from a young age he was involved in rugby. His parents always encouraged him to get into fitness, naturally, he ended up in a rugby club.

“I remember parading around the stadiums for the rugby sevens as a kid. I still have one of the rugby balls they used to throw down for us.”

Dan went from strength to strength in his rugby career, playing for North Yorkshire at the county level and attending a school that was known for its rugby pedigree. He was a high-level athlete and was always incredibly fit. Dan had a huge passion for the sport and recalls the time his friends watched him play…

“I played for North Yorkshire and I told my friends there was a game but I didn’t expect anyone to come down and watch. For them to see me being a good rugby player was great.”

The hard work continued and it wasn’t long before he started gathering attention to play professionally. Dan remembers the day he got a contract off as the best off-pitch memory he has playing rugby.

“When I got my first contract offer, I was in the gym and my mate got called out. He then walked back in with a big smile on his face. Then my name got called out, I was there like ‘no way’, the nerves were there but it was all I ever wanted.”

It was all he ever wanted and his hard work paid off, but what was about to happen changed his career and his life.

Unfortunately, some careers in sport are shrouded in injury and in some cases, it can lead to early retirement for the health of that athlete’s body. Sadly, Dan suffered a terrible string of injuries that prevented him from playing rugby.

It all started as Dan was moving between rugby clubs and he was also prepping to play for Hong Kong internationally. He had previously suffered a shoulder injury and was due a second operation — as an athlete this is pretty normal as almost everyone gets niggling injuries.

“Ten days before I was due to have the operation, I snapped my Achilles tendon, I couldn’t have my shoulder operation because of the crutches. So, I was in a lot of medical debts without a club — no one wants an injured player who needs 2 operations.”

The bad luck didn’t stop there. He returned to rugby and snapped his wrist. Deep down, Dan knew this was the end of his rugby career, but even though he’d had the proverbial kitchen sink of bad luck thrown at him he didn’t stop.

“Rugby wasn’t going the way I wanted to and that happens with jobs, it’s a job at the end of the day. I had to think long term. So, I needed a job and I became a PT because I had done the course through rugby when I was younger.”

This was all about 3 years ago now and Dan has still managed to go from strength to strength but he has some advice for anyone who has suffered as he has.

“When one door shuts another one opens. I believe everything happens for a reason but you’ve got to find that reason.”

This highlights the strength of character Dan has and goes to show that you can’t just sit around and feel sorry for yourself you’ve got to get out there and work for something new.

With all this in Dan’s past, he now set out to do something new. After getting a PT qualification through his time playing rugby, he realised that as a PT he needed to sell himself.

“I saw people competing in bodybuilding shows but I didn’t really want to do that. I booked a photoshoot, paid for it and the photographer posted the photos and I did too.”

I had fun once I got the wetsuit on😅 Seriously though I’ve decided I really need to work on my swimming… I wanna be a ninja in the water! 📸 @arbphotography__

This simple idea led Dan to more opportunities in modelling and because he wanted to take it to the next level, he had to make sure he was training too. So, he started to transition into functional fitness and it was a natural fit for Dan.

“Rugby was always a mixture of cardio and weights — you need strength, speed and power, along with the fitness to last 80 minutes on the pitch. I felt there was a void when I stopped playing because I like doing the hard-functional work.”

Dan trains hard to. Like really hard. He does 2 sessions 5 days a week and then because he wants to torture himself, he finds the time to do another session on top of that.

Due to all this training recovery is key for Dan and he will always find time for it. Whether it’s an hour of stretching or relaxing by playing the piano or listening to some music.

“I like to make sure my CNS and mind are recovered”

This is only the start for Dan and he has big ambitions to compete in functional fitness going forward.

“I want to throw down with the big boys. I used to put a lot of pressure on myself in rugby so I want to enjoy this experience and work hard at the same time.”

Do you train on holiday? Holiday or not, rain or shine, we get it done💪🏾 #gid #srilanka #crossfit #gym #rain #squats #fitguys

What’s even more impressive is his desire to write 2 books. Dan always wants to help people see their own potential and lead by example, with the life he’s had, to inspire people.

“One day I’d like to release a book or two, one more personal autobiography and the other an entrepreneurial book.”

This attitude is testament to how well he has adapted to his injury woes and if he wrote a book, we know it would be an interesting read.

Having been inspired by his parents from a young age, he fulfilled the dream of being a professional rugby player and has gone on the up and up even with persistent injury problems. He’s extremely motivated and an inspirational character for anyone struggling with the same issues.

Isaac has a passion for all things fitness, he's always been interested in football, playing at a high youth level, and has also enjoyed 4 years of competitive kickboxing. Over recent years Isaac has dedicated himself to continually improving in the gym, enjoying both functional fitness and bodybuilding styles of workouts.

He strongly believes that you should always have balance and likes to spend his time at the weekends socialising with his friends.

How To Make The Most Out Of Your Final Gym Workout

The Difference Between Keto & Low-Carb Diets

Make Lockdown Work For You — How Our Athletes Have…