Riders and staff in professional cycling teams know that nutrition on and off the bike before, during and after each stage is the difference between winning the Tour and not even completing the race.

The key role of Nutrition in The Tour de France is not only to fuel each stage but also to rehydrate, replenish glycogen stores and repair damaged muscle fibres as quickly as possible.

Stages are often between 5 and 6 hours usually at an average speed of around 40 kilometres per hour and a rider on a long stage can burn up to a whopping 7000 calories! Rider’s burn a combination of glycogen from carbohydrates and fat for fuel, the harder they ride, the more their energy comes from glycogen.

The body can only store enough glycogen to last a few hours riding at these high speeds or around 1600-1800 calories. 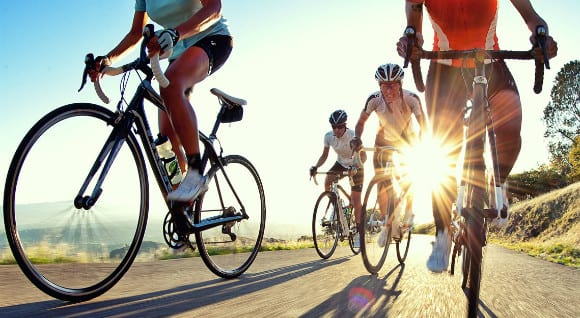 To combat this problem or at least a part of it, during a season a typical Pro-rider follows a “train low – compete high” method, which simply means they:

What this does, is enables a rider to adapt his body so it is more effective and efficient at burning fat for fuel. This allows him to go faster for longer on less carbohydrate intake and even more importantly, it prevents him hitting a calorie-deficit during the 3-weeks which could not only effect performance but increasing his chances of injury, illness and of course not finishing the race!

Recovery starts on the bike

On the bike, the rider begin taking calories in right from the start of each stage a rider will consume between 300-400 calories in the form of energy gels, carbohydrate/sports drinks, flap jacks, rice cakes etc. At the top end over a 5 hour stage, that’s 2000 calories!

When you see a rider “bonk” at the end of long, mountain stage to the point he can hardly turn over the pedals as he watches his rival disappear in the distance, this is because he’s ran his glycogen stores so low that he no longer has that fuel source available and has to rely completely on his fat stores for energy.

Post-race, it’s a race to recover 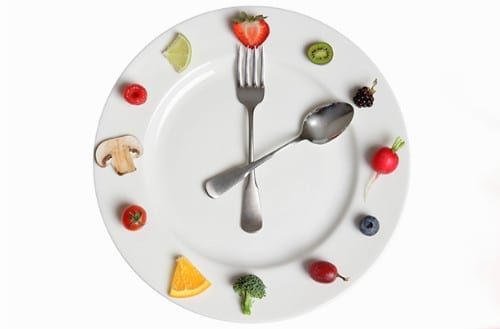 Nutrients you consume directly after hard efforts like a Tour de France stage play a crucial role in helping your body to recover as quickly as possible.

The timing of taking calories on board is almost as important as what you eat and drink. Riders are well aware that there are two optimal windows of recovery, one within 30 minutes and a second window within 1-3 hours after finishing a race. 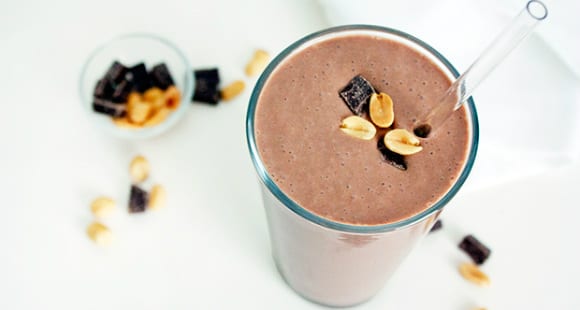 A rider with typically grab something like a protein shake together with potatoes, rice or pasta with 20-25 grams of protein key for protein re-synthesis to get to work on quickly rebuilding damaged muscle fibres!
Riders on the top team are weighed after each stage and aim to get 1.5 times the body weight lost in fluids including water, fruit/vegetable juices, protein shakes, milk/yogurt smoothies, sports drinks. 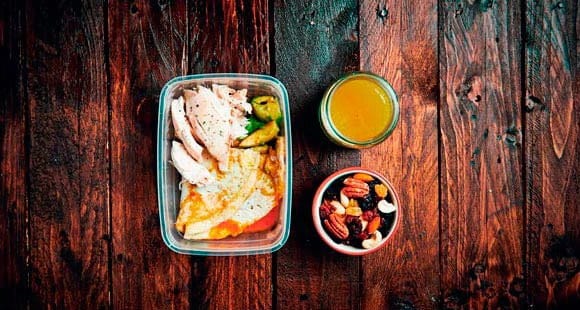 The second meal after a race or hard effort is higher in protein.

The objective is to stock muscle glycogen stores and rebuild damaged muscle fibres whilst not taking on more calories than the rider needs. Again, timing and quality is key but so is portion size.

Despite the immense hunger that can come on a mountain top finish many hours after the race began, the riders metabolism can only deal with so much at one time, so spacing meals out, or grazing continually for the rest of the day becomes an art form. 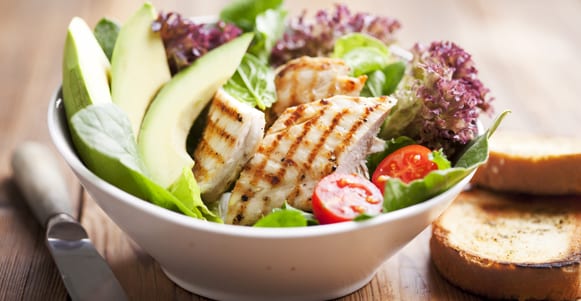 Without doubt, sleep is the undisputed king of recovery but to maximise the rest and increase muscle recovery whilst asleep, riders will have 20-25 grams of protein with their last meal.

Rider’s nutritional requirements are entirely individual and have been in most cases, finely tuned over many years of training, trial and error.

? Temperature and altitude also play a key role in determining the demands but a daily intake can range from 4-8,000 calories including 400-800 grams of carbohydrate with up to ten litres of fluids throughout the day.

To train hard so that you can race hard, it’s paramount to make sure you’re doing everything to maximise your recovery. The faster your body is ready to give 100% again, the quicker your improvement in the short, medium and long term and the less likely you are to become ill or injured! 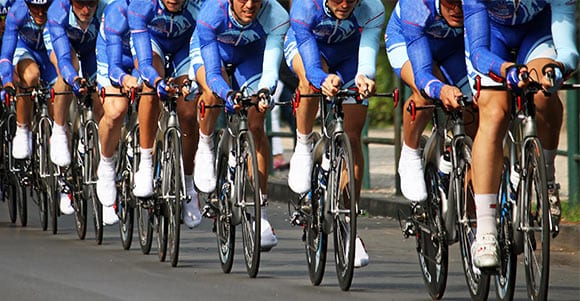 Should You EVER Count Calories?

What Is Citrulline Malate? | Benefits, Dosages &…

10 Unusual Exercises Your Workout’s Been Missing