Chicken fajitas… and pizza? Two of our favourite dishes have been married into one for this tasty high-protein, low-fat healthy pizza recipe!

And the bonus? It’s super easy to make.

#2 Melt the coconut oil in a large pan on a medium heat, then add the chicken, onion and peppers and fry for 8-10 minutes until cooked through

#3 Add the garlic and paprika to the pan and cook for a further 3 minutes, stirring occasionally, then transfer the mixture to a bowl. Stir through the hot pepper sauce and set aside

#5 Add the chicken, onion and pepper mixture to the space between the star shape and the outside of the pizza dough, then generously sprinkle Smoked Cheese on top

#6 Next, pull each corner of the star shape and fold it over the outer edge of the crust, pulling the outer edge inwards a little to secure it, then brush the beaten egg over the top

#7 Bake for approximately 20 minutes, then remove from oven and serve with a bowl of fresh soured cream in the centre. Divide and demolish! 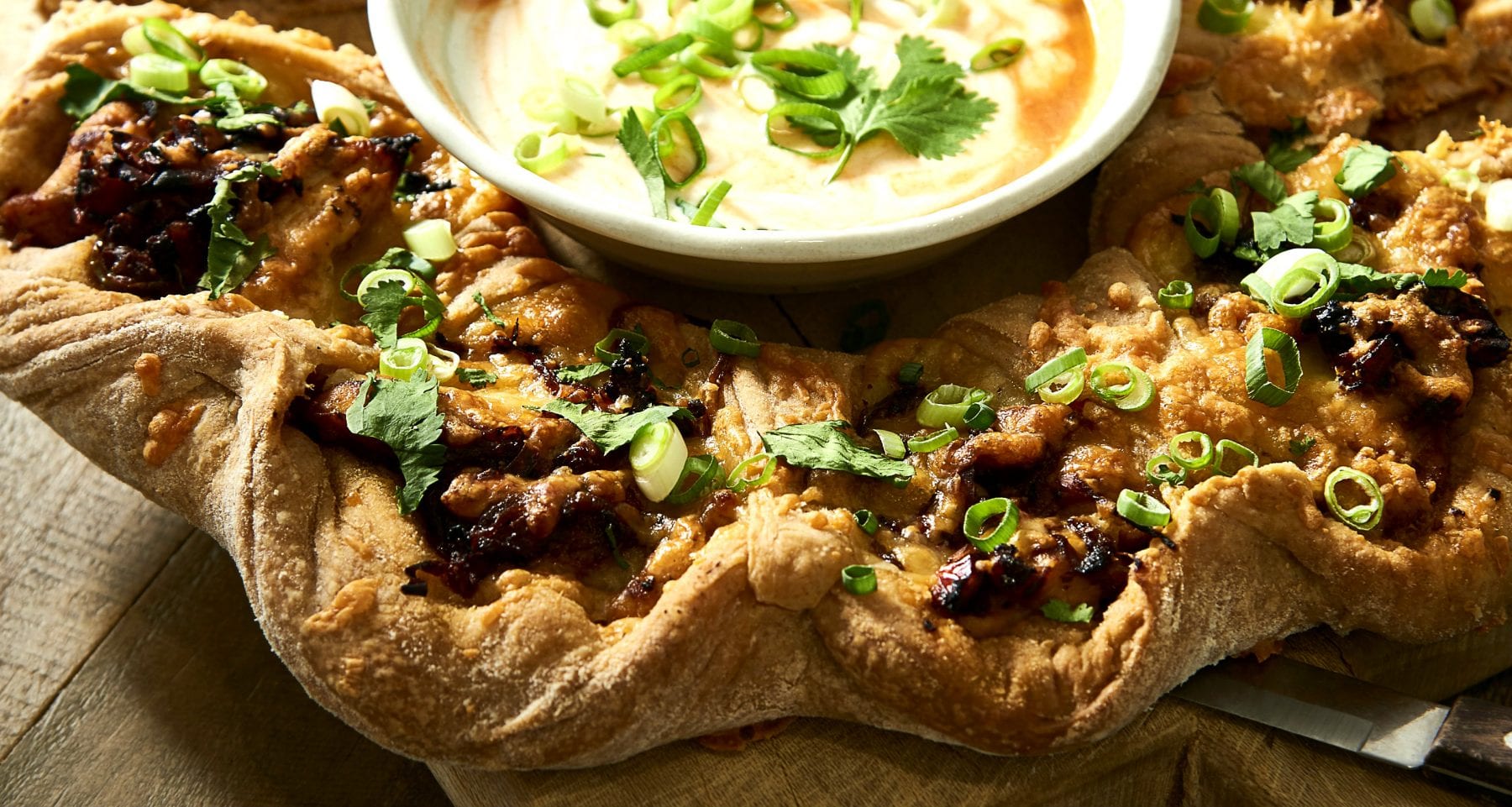 Everything You Need to Know About Your Glutes

Running Vs. Weights | Study Reveals What Keeps You Young